Israeli and Palestinian officials reported different information on a deadly shooting of a Palestinian woman outside of Jerusalem on Wednesday. 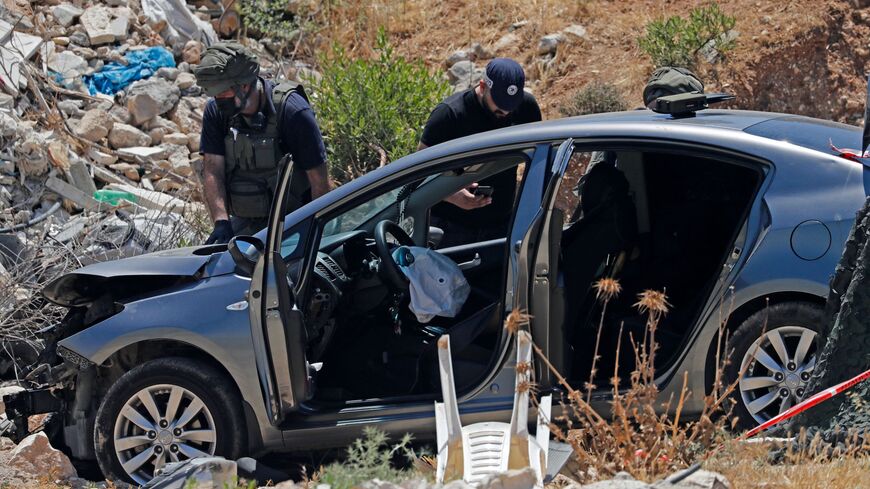 Israeli security forces inspect a car following an alleged attempted vehicle-ramming and stabbing attack in the West Bank village of Hizma, near Jerusalem, on June 16, 2021. - AHMAD GHARABLI/AFP via Getty Images

A Palestinian woman was shot and killed on Wednesday after driving her vehicle toward Israeli soldiers. Israeli and Palestinian officials disagree on whether the action constituted an attack.

According to the Israeli side, the incident occurred when the woman attempted to drive a vehicle into a group of Israel Defense Forces soldiers in the West Bank town of Hizma between Jerusalem and Ramallah. The driver then exited the vehicle holding a knife and was shot. One soldier suffered minor injuries, the IDF said in a tweet.

The Palestinian Authority Health Ministry reported that a Palestinian woman drove her vehicle down a road that was under construction for military purposes when Israeli forces shot and killed her. They identified the woman as 29-year-old Mai Afaneh, according to the PA’s official WAFA news agency.