The two Palestinian officers opened fire on the undercover Israeli forces, reportedly unaware they were conducting a terrorism raid. 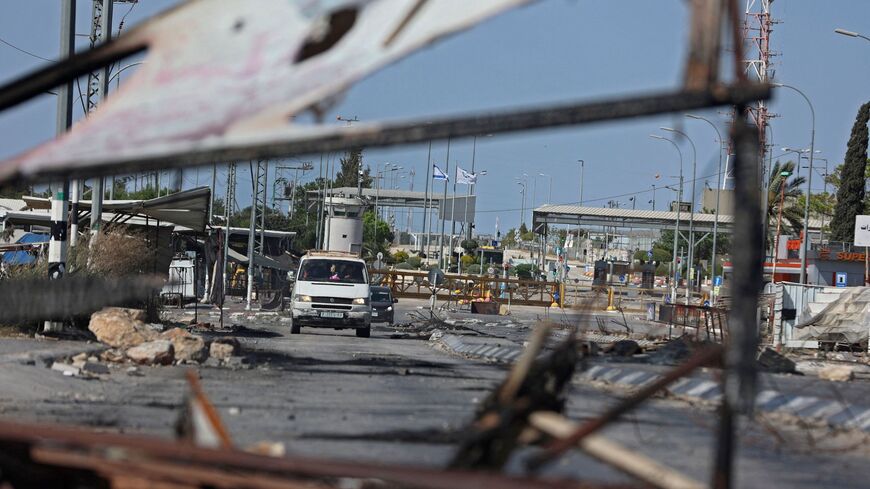 A general view shows the Jalamah crossing point with Israel, north of Jenin refugee camp, on May 17, 2021. - JAAFAR ASHTIYEH/AFP via Getty Images

Three Palestinians, including two members of the Palestinian Authority’s security service, were shot dead in an exchange with Israeli special forces in the early hours of Thursday in the northern West Bank.

The Times of Israel, citing Palestinian news outlets, reported the Israeli border police’s counterterrorism unit, known as Yamam, was pursuing two terror suspects near the PA’s military intelligence headquarters in the city of Jenin. “Likely not realizing that this was an Israeli raid,” the newspaper reports two nearby Palestinian officers shot at the undercover Israeli forces, who then returned fire.

“It appears that the unit they fired on was undercover," an Israeli security source told Reuters. "Our forces fired back, apparently thinking that the shooting from the Palestinian security men was part of the clash with the wanted terrorists."

A suspected member of the Islamic Jihad militant group, Jamil al-Amouri, was also killed in the firefight and another, Wisam Abu Zeid, was wounded, Haaretz reports.

According to the Palestinian WAFA news agency, Palestinian Prime Minister Mohammad Shtayyeh called the incident “an act of organized state terror that will have serious consequences.” A spokesperson for President Mahmoud Abbas said the PA holds the Israeli government responsible “for this escalation.”

The incident comes weeks after an Egyptian-brokered cease-fire halted the fighting between Israel and Gaza-based militant groups, including Hamas and Islamic Jihad. More than 250 people were killed in the 11-days of Israeli airstrikes and militant rocket attacks, the vast majority of them Palestinians.