Israeli and Palestinian officials offered different accounts of the incident, which occurred amid of high tensions in the Palestinian territory. 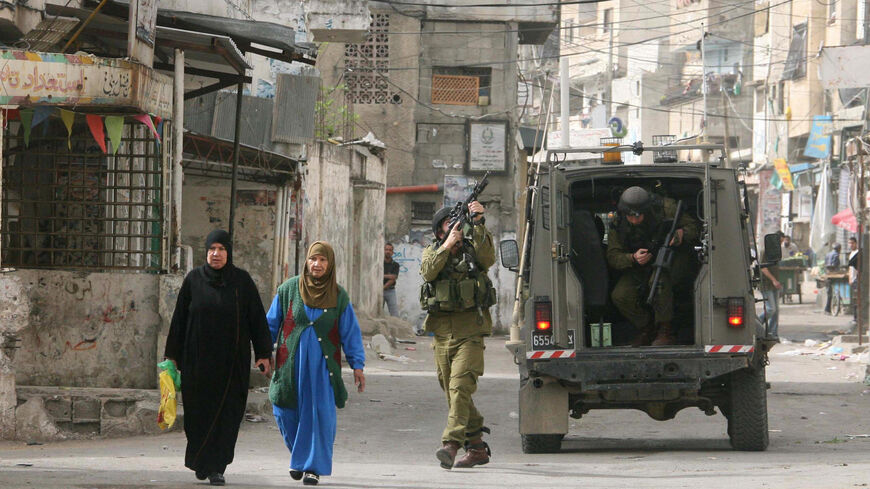 Palestinian women walk past Israeli soldiers taking position during a military operation to arrest militants in the Balata refugee camp near the West Bank city of Nablus, on March 25, 2008. - JAAFAR ASHTIYEH/AFP via Getty Images

A Palestinian man was fatally shot in the West Bank today.

Israel Defense Forces (IDF) soldiers went into the Balata refugee camp near the northern city of Nablus to execute an arrest warrant. They came under gunfire, and shot back, killing Bachar Hashash. The man was allegedly one of the shooters, the IDF told Israeli media.

However, the Palestinian Authority (PA) said Israeli forces were the first to fire their weapons. The 21-year-old Hashash was injured by the gunfire, and later died of his wounds at a hospital, the PA’s WAFA news agency reported.

Such incidents occur frequently in the West Bank, with Israeli and Palestinian officials often offering divergent accounts of the violence. In December, the IDF shot and killed a Palestinian man after an alleged car ramming attack. The same month, unknown perpetrators shot dead an Israeli settler in the Palestinian territory. The shooting of the settler in particular raised tensions in the West Bank, leading to settler attacks on Palestinian towns.