The Israeli military and the Palestinian Authority reported the incident differently, as is often the case. 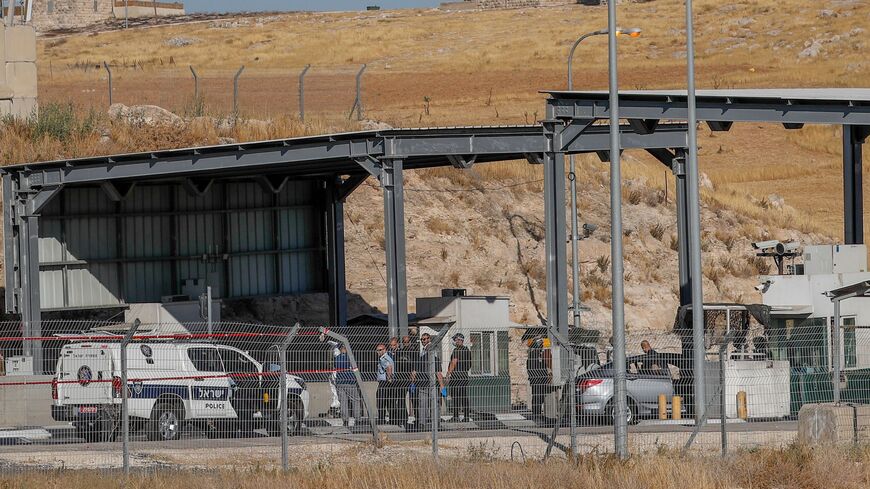 Israeli security forces gather at the site of a reported ramming attack at a checkpoint in the occupied West Bank near the village of Abu Dis on June 23, 2020.

Israeli forces shot a Palestinian driver in the West Bank on Tuesday. Israeli and Palestinian authorities offered differing accounts of what happened.

The Israel Defense Forces said a vehicular attack was thwarted against a checkpoint manned by soldiers south of the Palestinian capital Ramallah. The soldiers opened fire on the vehicle and no soldiers were injured in the overnight incident, the IDF said in a Tuesday tweet.

The Health Ministry of the Palestinian Authority said a Palestinian man named Osama Mansour was shot and killed by Israeli gunfire in Bir Nabala, south of Ramallah and north of Jerusalem. His wife was also shot and is in stable condition, the PA’s WAFA News Agency reported on Tuesday.

Witnesses told WAFA that Israeli soldiers threw a stun grenade under Mansour’s car at a checkpoint at around 3:30 a.m. He sped away and then the soldiers shot him, they said. The PA’s Foreign Ministry later described the incident as an “extrajudicial execution.”

Security incidents like this are common occurrences in the Palestinian territories and the Israeli military and the Palestinian Authority often report different versions of the events. In March, the IDF shot a man in the West Bank who they said tried to stab soldiers. The PA said he was shot during a raid.