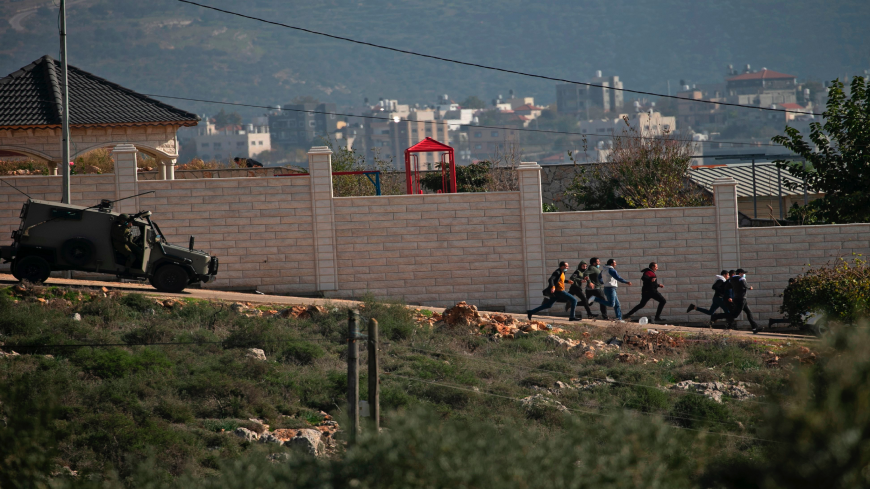 Palestinian protesters run away as an Israeli security vehicle chases after them amid clashes following a demonstration against the expansion of settlements in the town of Salfit, in the Israeli-occupied West Bank, on Dec. 4, 2020. - JAAFAR ASHTIYEH/AFP via Getty Images)

The Israel Defense Forces (IDF) shot and killed on Tuesday a Palestinian man they said attempted to stab soldiers. Palestinian officials offered a somewhat different account of what happened.

“One soldier blocked the assailant’s multiple stabbing attacks,” said the IDF in a statement on Twitter. “The commander at the scene fired toward the assailant and neutralized him.”

No Israeli soldiers were injured, according to the IDF.

The Palestinian Authority (PA) provided different information on the incident. The PA-run WAFA News Agency reported that Atallah Muhammad Riyan, 17, was shot and killed by Israeli fire west of the city of Salfit in the West Bank. Salfit is south of the Israeli settlement Ariel. WAFA did not report a reason for Riyan being shot but alleged that the soldiers did not provide medical attention to him at first.

The West Bank is occupied by Israel. Parts of the Palestinian territory, including the settlements, are controlled by the Israeli military. The PA administers other areas. In November, the PA announced it would resume security cooperation with Israel.

Such incidents have happened before with Israeli and Palestinian authorities disagreeing on the circumstances. In November, the IDF shot and killed a motorist they said fired at them. Palestinian officials conversely called it an “extrajudicial execution.” A similar incident also took place in July.