The third UN envoy to Yemen is about to leave his post without any tangible peace progress on the ground in Yemen, as Oman continues its quiet mediation efforts. 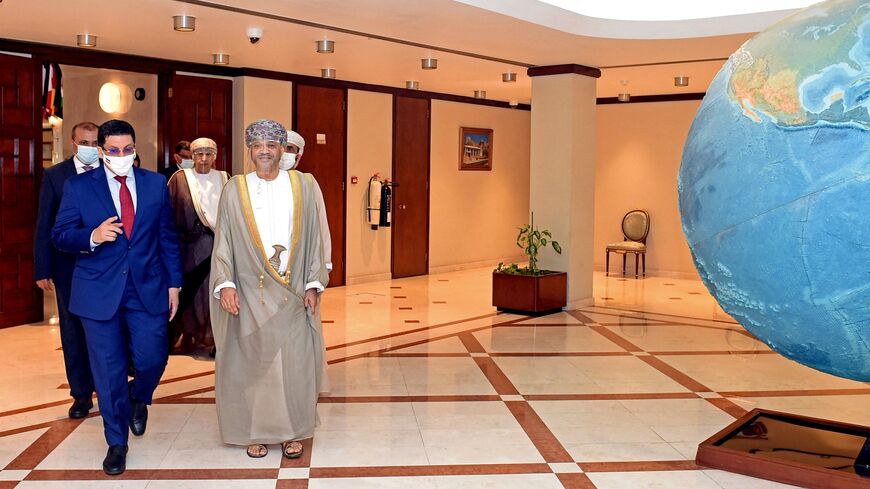 Yemen has received three UN envoys since 2011. They proposed various suggestions and ideas to help the warring sides come closer and narrow the disparities. However, the adversaries relentlessly stick to their demands, rendering all UN-sponsored peace efforts fruitless.

On June 15, the outgoing UN envoy to Yemen Martin Griffiths lamented that the parties to the conflict have not yet overcome their differences. No one envisioned that Griffiths would wind up like his two predecessors, Jamal Benomar, who quit in 2015 after four years in the post, and Ismail Ould Cheikh Ahmed, who resigned in 2018. Three UN envoys over 10 years worked to dismantle the engine of tensions and war but to no avail. This is not due to the incompetence of the mediators. Instead, it is a projection of the extreme intricacy of the conflict in Yemen.

Washington has also gotten involved in efforts to end the war. In early February, the Biden administration — in one of its first major foreign policy initiatives — appointed US diplomat Timothy Lenderking as special envoy to Yemen. In remarks announcing the appointment Feb. 4, Biden said the administration was "stepping up diplomacy to end the war in Yemen — a war which has created a humanitarian and strategic catastrophe."

"Yemen is a tale of missed and lost opportunities. I've learned in a lifetime of involvement in conflicts that the opportunities are often there but the courage needed to take them is rare," said Griffiths in his final briefing to the UN Security Council.

Griffiths is about to leave his post without any tangible peace progress on the ground in Yemen. So now Oman is the diplomatic dynamo seeking to break the political stalemate and produce a better outcome. Oman-led peace efforts remain the ray of hope in this bleak scenario.

On June 5, an Omani delegation arrived in Sanaa for the first time since the breakout of war in 2014-15 when the Houthi group ousted Yemen's UN-recognized government. The visit aimed at persuading the Houthis to accept a cease-fire and engage in peace negotiations.

The Omani delegation met with senior Houthi figures, including Abdulmalek Al-Houthi, the chief of the group. "We discussed with the Omani delegation about a possible vision for ending the aggression and lifting the siege imposed on Yemen, starting with the humanitarian operation," said Mohammed Abdulsalam on June 11, when the delegation was ready to fly back to Muscat. He told Houthi-run Al Masirah TV, "Today, we return to the Sultanate of Oman to complete these discussions and support the international efforts that help reach a solution."

Optimism over Oman-headed efforts remains high despite the tough challenges that may hinder the success of Muscat's diplomatic energy. Both parties, the Yemeni government and the Houthi group, present completely conflicting views on what needs to be done to reach a cease-fire and revive peace negotiations.

The Houthis demand first reopening the Sanaa airport and allowing ships to dock at Hodeida port without any hindrance by the Saudi-led Arab coalition, while the Yemeni government says the Houthis have not consented to an inclusive deal.

During a meeting with Lenderking on June 17, Yemeni Foreign Minister Ahmed Awad bin Mubarak said, "The [Houthi] refusal to agree to a comprehensive cease-fire, reopen Sanaa airport, and guarantee the supply of oil derivatives revenues to pay employees' salaries proves the false pretexts [they] claim and confirms their bargaining on the humanitarian side, in order to continue implementing Iran's subversive agenda."

The Houthis have been defiant since the war erupted. However, political observers have reckoned that Omani influence on the Houthis may yield different results this time. Maged Al-Madhaji, the executive director and a co-founder of the Sanaa Center for Strategic Studies, said, "Oman possesses exceptional political leverage over the Houthis — something other stakeholders in Yemen, which currently lack the means to pressure the movement, hope to benefit from."

Madhaji said, "Muscat has served as a headquarters for the Houthi's political growth. Thus, given the vital services Oman offers to the Houthis, it has the ability to exert more pressure on them and use its influence to demand concessions. The Houthis have much to lose if the Omanis become angry at them."

Elana DeLozier of the Washington Institute for Near East Policy told Al-Monitor that Oman's involvement is a big deal, "even if their interlocutors did not immediately reach an agreement. The Omanis typically serve as facilitators between two parties but do not generally act as mediators or engage in shuttle diplomacy. The international community has long put pressure on Oman to get involved, but it has demurred. Its involvement now could indicate that Muscat is itself nervous about the direction of the war."

She added, "Every time a new actor gets involved in negotiations, there is a hope that they will magically resolve the war in short order. Oman may well have some success and may even help turn the tide of negotiations, and the international community is grateful for their engagement. But international political will alone does not end civil wars; the domestic parties involved in the war must have the political will to resolve the war."

Like the political observers, civilians in Yemen anticipate that the Omani involvement will at least lead to de-escalation. In the eyes of countless Yemenis, Oman has been neutral and friendly with no military intervention in Yemen. Ramzi Mohammed, a resident in Sanaa, told Al-Monitor that he has not so far lost hope in Oman-led peace bids.

He added, "Both the Houthi group and the Yemeni government respect Oman, and they do not seem to suspect its intentions. This reality makes me hopeful, and we [civilians] are impatiently waiting to see the reopening of the Sanaa airport and other vital sea and land routes. It is a big win for Yemen if this achievement is made."