The most recent killing is likely meant to undercut Prime Minister Mustafa al-Kadhimi's efforts to curb militias outside the control of the state. 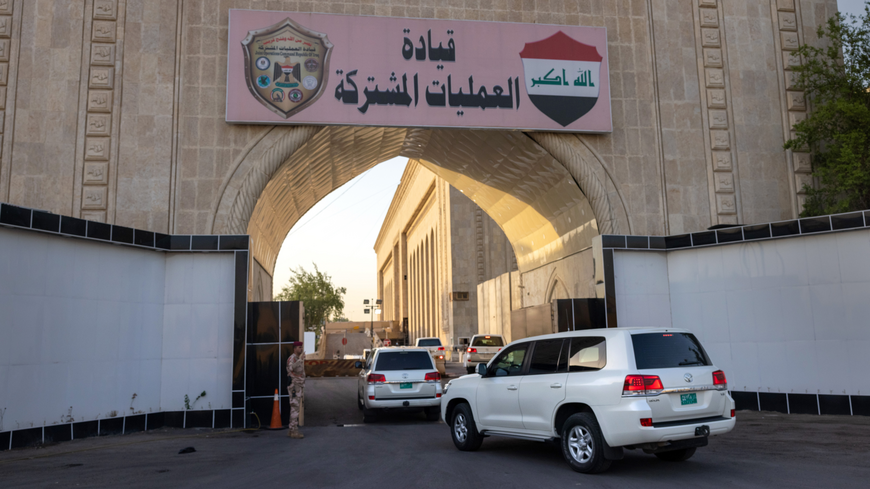 An Iraqi army general's convoy passes through the entrance to the International Zone on May 30, 2021, in Baghdad, Iraq. - John Moore/Getty Images

BAGHDAD — For the second time this year, a senior officer of the Iraqi intelligence service has been killed by unidentified gunmen.

On June 7, Nibras Farman al-Fayli, assistant director of the Iraqi Intelligence Service’s surveillance directorate, was driving a four-wheel-drive vehicle when he was killed by gunmen who were some 10 meters (33 feet) away from him in the Baladiyat neighborhood, in the east of Baghdad.

Fayli is the second officer to be assassinated in the space of three months; in March, unidentified gunmen killed a colonel in Baghdad's western neighborhood of Mansour.

The March killing immediately followed Shiite political parties’ accusations that the intelligence service is run by a team dispatched from the United Arab Emirates to Iraq.

Also prior to the March slaying, Prime Minister Mustafa al-Kadhimi had dispatched hundreds of members of the intelligence service to border crossings in a bid to curb long-standing smuggling operations facilitated by  armed groups’ control over the crossings.

The June 7 assassination followed the arrest of a Popular Mobilization Units’ commander, Qassim Musleh, last month on charges of killing activists in the popular protests.

As a result, PMU militia members surrounded Iraqi government headquarters in the Green Zone in central Baghdad in protest against Musleh's arrest.

Gen. Yahya Rasool, the military spokesperson for the prime minister, said, “It is a terrorist and cowardly act against one of the most competent, honest and professional intelligence service officers.”

Kadhimi ordered an urgent probe into Fayli’s killing. The fact the findings of the probe into the March slaying have not been announced suggests that there are political and security consequences or that it was hard to identify the perpetrators.

Ammar al-Hakim of the National Wisdom Movement warned against delaying the findings of the probe into the killings of the two officials and the kidnappings of activists, civilians and intelligence officers. He tweeted, “The recent incidents require a review of the security plans and adoption of a new strategy.”

Afnan al-Zarfi, a top official of the Victory Alliance, said in a statement that intelligence officers are being repeatedly assassinated, which he said was a dangerous indicator suggesting the infiltration of top levels of government that could lead to greater incidents.

It is well known that Kadhimi has been running the intelligence service since 2016 and that he was able to scale up the apparatus’ work, which contributed to the decline in the bombings that various cities had witnessed daily. He played a major role in the liberation of cities in the war against the Islamic State.

Meanwhile, last week the Islamic State claimed responsibility for an explosion in the Kadhimiya area of Baghdad.

All this is happening while Iraq is planning to hold early general elections Oct. 10.