Israel has previously accused employees of the Palestinian Health Work Committees of links to a Palestinian terror group. 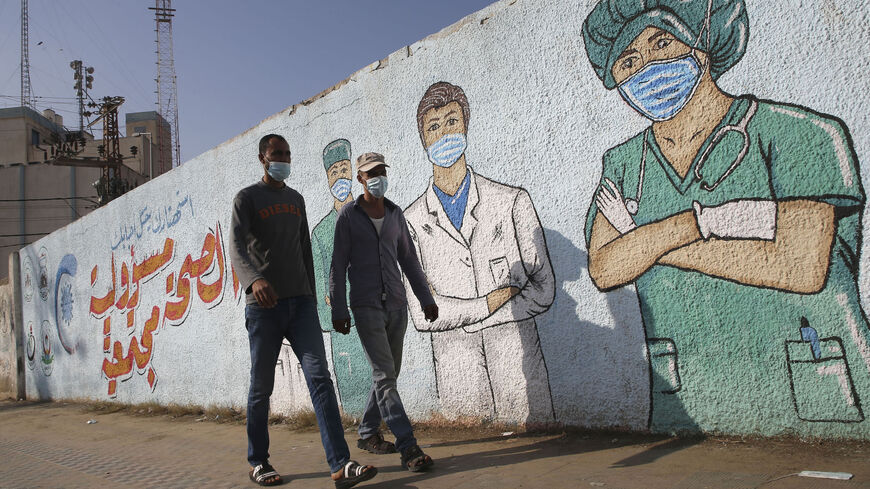 Palestinian men walk past street art showing doctors mask-clad due to the COVID-19 pandemic, in Khan Younis in the southern Gaza Strip, on Nov. 12, 2020. - MOHAMMED ABED/AFP via Getty Images

The Israeli army’s recent shutdown of a health organization in the West Bank will have “catastrophic consequences” on Palestinian health care, Amnesty International said Wednesday.

On Wednesday, Israeli forces raided the Ramallah office of the Palestinian Health Work Committees (HWC), breaking down the door and confiscating computers and memory drives. According to the rights group, the office was ordered to close for six months.

Israel has previously accused the health organization's employees of links to the Popular Front for the Liberation of Palestine, which Israel, the United States and European Union consider a terrorist organization. Last month, one of HWC’s Palestinian fundraisers was accused of diverting European donations to the PFLP and was indicted in an Israeli military court.

“The Health Work Committees is one of the main providers of health services in the occupied Palestinian territories, running hospitals and health clinics and providing medical care to marginalized communities,” Saleh Higazi, Amnesty’s deputy director for the Middle East and North Africa said.

Higazi said Israel, as an occupying power, had the responsibility “to protect the rights of all Palestinians — including their right to health.”

According to Amnesty, HWC has been targeted several times before. Israeli authorities shut the organization’s Jerusalem office in 2015 and members of the group’s Ramallah office were arrested during raids in October 2019 and March 2021.

The incident comes at a particularly tense time for Palestinian-Israel relations. Eleven days of fighting between Israel and Hamas left more than 250 people dead, mostly in Gaza, before an Egyptian-brokered cease-fire halted the bloodshed last month.