The Autonomous Administration in northeastern Syria took back its decision to raise fuel prices after protests condemning the decision led to several casualties. 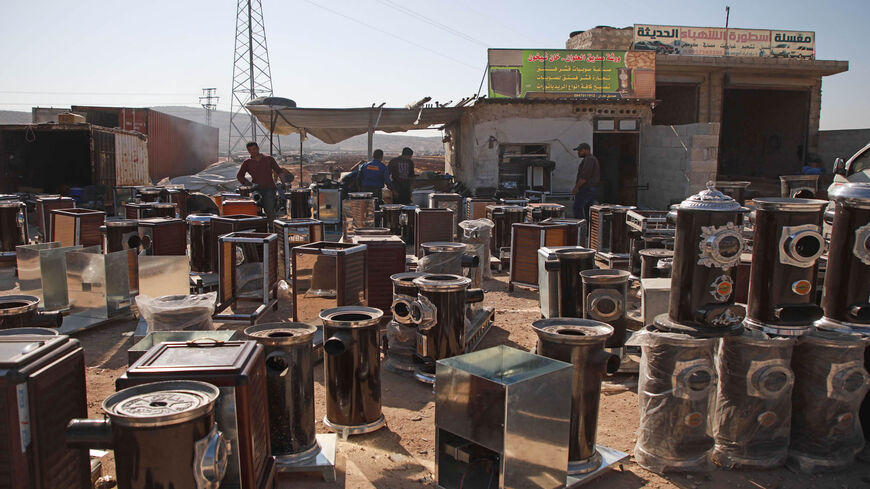 Pistachio-powered heaters are displayed for sale along a street in al-Dana town in the northwestern province of Idlib, Syria, Dec. 18, 2019. - Aaref Watad/AFP via Getty Images

ALEPPO, Syria — The Kurdish-run Autonomous Administration of North and East Syria recently renounced its May 17 decision to increase fuel prices. The cancellation came after protests against the price hikes erupted in the area under the control of the Syrian Democratic Forces (SDF). A number of people were killed in clashes between protesters and the SDF-affiliated internal security forces, known as Asayish, prompting the Autonomous Administration to hold an emergency meeting May 19 during which it retracted its earlier decision to raise fuel prices. It continued that another decision setting new fuel prices would be discussed.

Mahbash noted, “The administration reconsidered the decision and decided to reinstate the previous prices until a new price list is reached that suits the economic situation of the population.”

The price rise had triggered a strike and protests. On May 18, angry protesters blocked a number of roads in the areas under the control of the Autonomous Administration.

Ahed Slebi, a journalist who works at the Naher Media news website that covers events in northeastern Syria, told Al-Monitor, “The protests erupted in Hasakah province. Protesters mainly rallied in Maabada, Qamishli, al-Shaddadi and the 47th area. Protests spread to the villages of Hariri, al-Hana, al-Awad, Sarab, Adela, al-Atalah, Ajajah, Rashidiya, Haddadiah, Qana, Umm Rakibah, Jermez, Marka, Arishah, Karama and al-Khamael. A strike was observed in the areas of al-Malikiyah and Amouda and main shops were closed. Protesters also closed roads in the city of Qamishli and raised banners calling for a reversal of the decision to raise fuel prices.”

Slebi added, “The areas in al-Shaddadi and Hasakah witnessed the most violent confrontations. The Asayish fired at the protesters. Nahr Media reported the names of seven protesters who were shot dead by the Asayish during the protests in the countryside of Hasakah.”

On May 18, the Executive Council of the Jazira Region affiliated with the Autonomous Administration issued a statement about the protests, the casualties and injuries. It read, “Some of those who seek to tamper with public security exploited the protests to strike security and stability through attacks on military points, military centers and civilian institutions. They used weapons against security and military forces while standing among civilians, leaving several dead and injured.”

On the same day, a number of Kurdish parties in Qamishli issued a joint statement, rejecting the Autonomous Administration’s decision to raise fuel prices. The statement called on the administration to reverse the decision, describing it as “an oppressive, uncalculated move that does not take into account the difficult living conditions of the people already suffering from poverty.”

The Asayish justified the use of violence against the protesters in a May 18 statement it issued on its official website. “Some ill-intended persons seeking to undermine the general security situation exploited peaceful protests and attacked military points, centers and institutions,” it stated.

SDF Commander-in-Chief Gen. Mazloum Abdi said in a tweet May 20 that the Autonomous Administration must achieve full transparency in issuing and discussing decisions. He wrote, “The constructive interaction we saw between the Autonomous Administration and the population during the past days is a confirmation that we are on the right path toward building a better future.”

An official at the Autonomous Administration in Hasakah province told Al-Monitor on condition of anonymity, “The Autonomous Administration’s decision to raise fuel prices was aimed at curbing fuel smuggling operations to areas controlled by the [Bashar] al-Assad regime. The low prices of oil derivatives in our region tempt smugglers to continue their extremely lucrative smuggling activities to the regime-held areas.”

The co-chair of the Syrian Democratic Council (SDC), Riyad Darar, argued in a May 18 Facebook post that the price hike decision would have stopped smuggling to neighboring areas and countries. “The decision was aimed to prevent well-off categories from benefiting from the subsidies [on fuel] to the detriment of the working and poor classes. The fuel price rise would have also led to a reduction in the use of fuel as a source of energy, thus reducing toxic emissions.”

Explaining why the price rise decision was reversed, Bukai said, “The protests were the main reason behind the reversal decision. The Autonomous Administration was afraid to appear as being unable to manage the region and control security in it. It feared the protests would expand after protesters marched into the streets of a large number of cities and towns in the area. Another reason is that the decision failed to obtain consensus among the political currents in the areas controlled by the Autonomous Administration.”

The protests coincided with the May 17 visit of a US delegation concerned with Syrian affairs for meetings with senior officials of the SDF and the SDC, the SDF’s political wing. The delegation included Joey Hood, acting assistant secretary; Aimee Cutrona, deputy assistant secretary and acting special representative for Syria; David Brownstein, deputy envoy for Syria; and Zehra Bell, White House National Security Council director for Iraq and Syria. 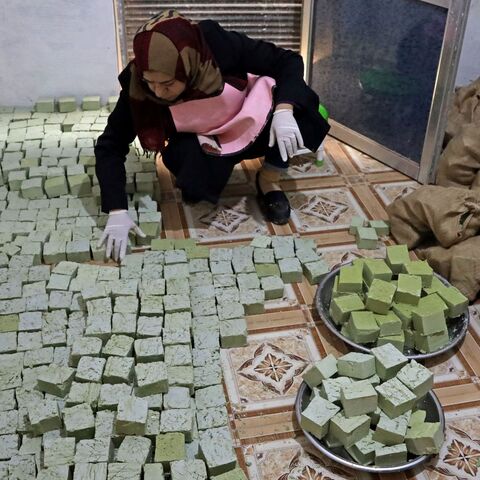