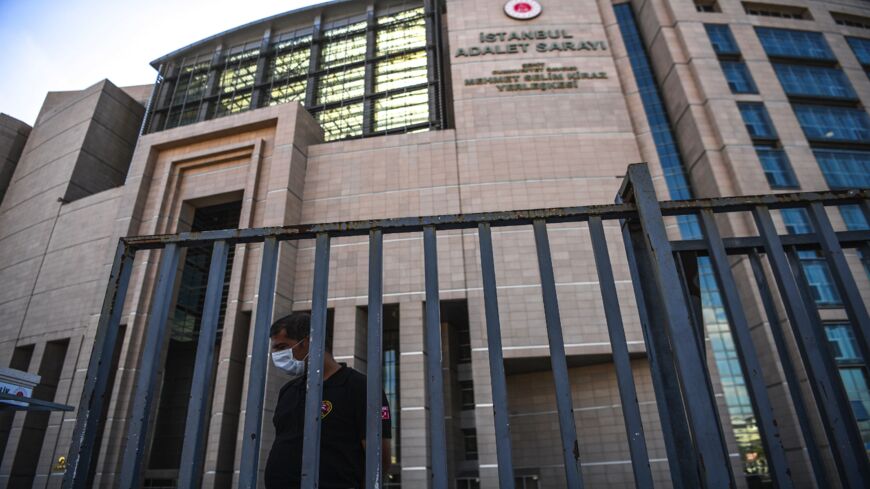 In parallel with its normalization efforts with Egypt, Turkey is now trying to mend ties with Saudi Arabia and the United Arab Emirates, but it seems to be trapped in a position in which it has to make concessions.

As part of these efforts, Ankara last week extended an olive branch to Riyadh and Abu Dhabi, but Riyadh’s response to Ankara's gesture failed to break the ice as Saudi Arabia announced that it would close eight Turkish schools in the kingdom.

According to Turkey’s state-owned Anadolu Agency, Turkish Education Ministry-affiliated schools in Tabuk, Riyadh, Taif and Jeddah provinces were sent written notices, while the schools in Dammam and Abha were verbally notified by officials. The report said the decision also involves the schools in Mecca and Medina. The schools were also told they would continue to operate until the end of spring term and that authorities would help students enroll in other schools. Citing Turkish diplomatic sources, Anadolu said some 2,250 students who are currently receiving education at these schools would experience difficulties in other schools as their Arabic is limited. Currently, there are 34 Turkish Education Ministry-affiliated schools operating in Saudi Arabia.

In response to the Saudi outlets’ news reports over the closure decision in March, the Turkish officials said there had been ongoing contacts between Turkish and Saudi authorities to reverse the decision, yet the official notifications sent to the schools indicate the contacts have failed.

The move indicates that Riyadh is dragging its feet vis-a-vis Turkey’s efforts to normalize the decision or that it was seeking some concrete steps from Ankara.

Turkey’s relations with Saudi Arabia and the UAE began to sour after Riyadh and the Emirati’s support for the coup in Egypt in 2013 that overthrew the Muslim Brotherhood government in the country. Ties further deteriorated in 2017 after Turkey’s open support for Qatar during the Gulf crisis and its decision to set up a military base in the country. The latest blow came in 2018 after Saudi dissident Jamal Khashoggi was murdered at the Saudi Consulate in Istanbul.

Turkish President Recep Tayyip Erdogan’s traditional approach to Saudi Arabia is based on his respect for the kingdom, as it’s the guardian of Islam's holiest sites in Mecca and Medina. Thus, while maintaining his respect for Saudi King Salman bin Abdul-Aziz Al Saud, Erdogan prefers to regard Crown Prince Mohammed bin Salman as the real troublemaker.

Yet Turkey’s approach has failed to produce desired results so far. The unofficial boycott against Turkish goods in Saudi Arabia is still intact, and trade between the two countries has declined drastically over the past years. The release of a US intelligence probe into Khashoggi’s murder has failed to shake Mohammed’s position, defying Turkey’s expectations. Ankara has realized that respect for the king will not be enough to restore ties with Riyadh.

Hence, the Turkish presidential spokesperson’s remarks, which were interpreted as a step back from the Turkish position on the Khashoggi murder: "They had a court. Trials have been held. They made a decision, so we respect that decision," Ibrahim Kalin told Reuters April 25, in reference to the ruling sentencing eight people to between seven and 20 years.

"We will seek ways to repair the relationship with a more positive agenda with Saudi Arabia as well [as with Egypt]," he said, adding that he hoped the Saudi boycott on Turkish goods could be lifted.

"Given the realities on the ground I think it's in the interests of both countries and the region to normalise relations with Egypt," he added.

Yet, whether the ongoing murder trial in Turkey will proceed or not remains an open question. Some 25 absentee defendants are on trial over the case; the latest hearing was March 4.

The Saudi decision to close Turkish schools indicates that Riyadh is tacitly imposing some pre-conditions on Ankara before potential normalization. In parallel with Egypt, the kingdom’s essential expectation from Turkey seems to be the end of Ankara’s meddling and interventionist policies in the Arab world.

The Turkish military base in Qatar, ongoing Turkish support for the Brotherhood, Turkish military presence in Somalia, Libya, Syria and Iraq, the media war between the two countries, and strengthening ties between Turkey and Pakistan are among major sources of disgruntlement on the Saudi side, which seems to be expecting some concrete changes over these issues before setting aside the conditions.

An Arab observer who is familiar with the subject concurs, saying ties between Ankara and Riyadh aren’t really getting better.

“Saudi Arabia is the Arab country most disturbed by Erdogan's neo-Ottoman ambitions. There is a perception that Turkish Islamism is on the rise,” the analyst told Al-Monitor on condition of anonymity because of the sensitivity of his position.

“Saudi Arabia, as it is in the position of the Islamic world, is highly sensitive about this. They are disturbed [by Turkey’s] soft power policies. Saudi Arabia has been the first country to ban Turkish TV series. The schools were seen as a problem, as part of this. They would like to diminish the cultural and educational Turkish presence."

The observer believes that Kalin’s statement on Khashoggi's murder is remarkable. He said the Saudi side thinks the statement has marked the closure of the ongoing case in Turkey, yet the trial in Istanbul still proceeds.

“The decision on schools came despite the positive remark,” he said.

Pointing out that Mohammed hasn’t mentioned Turkey in his recent statements to international media, the observer opined that this is an indication of “ignoring” Turkey.

According to the observer, Saudi Arabia and the UAE are acting with Egypt on the Turkey file.

“They delegated the rapprochement file to Cairo,” he said, adding the message given to Turkey was that a possible rapprochement with Saudi Arabia and the Emirati could be possible after Turkey settles its problems with Egypt.

According to the observer, Turkey has to put serious efforts beyond positive remarks into restoring ties; otherwise, the Saudi side might take further steps against Ankara in addition to the boycott.

The Gulf’s roadmap seems clear: They will take no action until they see progress regarding Turkey-Egypt reconciliation. On the Egypt file, the Turkish parliament recently decided to set up friendship committees with Libya and Egypt. The move came after Turkey’s crackdown on the Muslim Brotherhood’s political TV shows in that country. Although Ankara currently refuses to extradite the movement’s leadership to Egypt, their transfer to a third country might be possible down the road.

The estimated number of the movement's members who have fled to Turkey is around 5,000 to 7,000, including some prominent leaders like Mahmoud Hussein, Mithad al Haddad, Sabir Abu al Futuh, Ahmed Shusha and Mohammed al Jazzar. In a phone conversation April 10, Egyptian Foreign Minister Sameh Shoukry told his Turkish counterpart, Mevlut Cavusoglu, that actual closure of Brotherhood-affiliated TV could be a step in the right direction.

Possible cooperation in Libya might be another icebreaker for ties. Although at least partial normalization between Ankara and Cairo seems likely, a clean break with the Egypt-Gulf bloc may take some time.