At least 42 Palestinians, including 10 children and 12 women, were killed in an Israeli airstrike that leveled three residential buildings in central Gaza City. 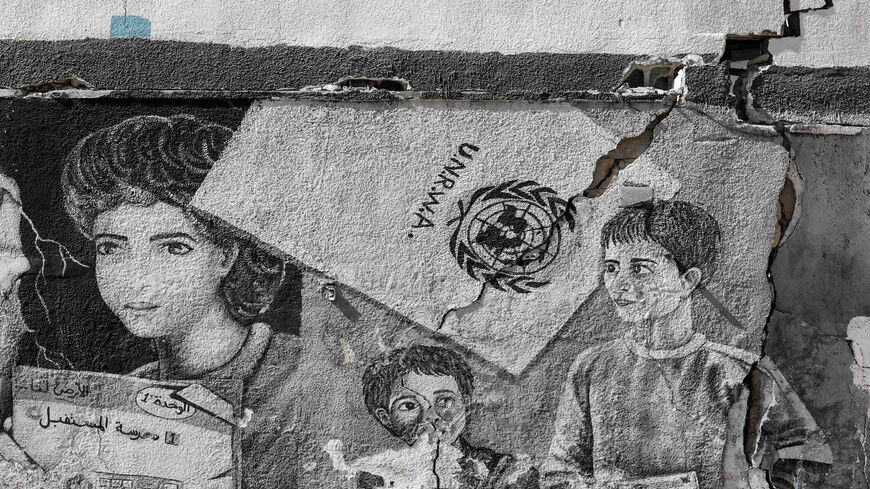 GAZA CITY, Gaza Strip — “Oh God, give us peace!” Riham al-Kolak, a 30-year-old Palestinian from the Gaza Strip, wrote in a Facebook post May 15, as successive Israeli raids pounded Gaza.

A few hours later, Riham was killed while sleeping in her family’s home. Israeli raids had targeted three adjacent residential buildings on Al-Wehda Street in central Gaza City at dawn on May 16, leading to the killing of 42 Palestinians in one of the deadliest attacks since the start of the ongoing Israeli military aggression on Gaza on May 10.

These residential buildings belong to the families of Al-Kolak, Abu Al-Ouf and Eshkuntana, and they collapsed with their residents inside without prior warning, in an attack the Palestinians have dubbed the “Al-Wehda massacre.”

Israel launched its aggression on Gaza after the resistance factions fired hundreds of rockets toward Israel on May 10, in response to the storming by the Israeli Police of Al-Aqsa Mosque compound and attempts to evict the residents of the Sheikh Jarrah neighborhood in Jerusalem.

Undersecretary of the Ministry of Health Yousef Abu al-Rish said during a press conference May 16 that the Al-Wehda massacre killed 42 Palestinians, including 10 children, 12 women and two doctors, while 50 others were wounded.

Abu al-Rish identified the two doctors as Moein al-Aloul and Ayman Abu al-Ouf. He accused the Israeli army of “deliberately bombing health institutions to impede the work of medical personnel in Gaza.”

Sixteen members of Riham’s family were also killed, including her brother Sameh, who had written a message on Facebook May 14: “We said save Sheikh Jarrah. Now we say save the Gaza Strip!”

Suzy Eshkuntana, 6, is the only child out of five who survived the attack on Al-Wehda Street. Her mother and four younger siblings — Dana, Lana, Yahya and Zain — were killed in the raids.

Suzy remained stuck under the rubble of her house for about seven hours before the civil defense crews managed to pull her out. When she arrived at Al-Shifa Hospital, her father, Riad Eshkuntana, was in the bed next to her, with wounds covering his face.

The father, who remains in hospital with his daughter, tried to pluck up enough courage to describe to Al-Monitor the moments that led up to the airstrike. “When the Israeli raids hit our building, I felt the house collapse. My children screamed from their rooms for my help, but I did not have enough time to help them.”

Al-Arabiya posted a video on Facebook of Suzy’s father bidding farewell to his dead children before their funeral and burial.

Anas al-Yaziji was planning to get married at the end of this month to Shaima Abu al-Auf. However, the Israeli raid killed Shaima along with 14 members of her family in their home on Al-Wehda Street.

“When the Israeli raid started, I was talking to Shaima via WhatsApp. She told me that she was very scared. I told her to hide in a safe place. Then the shelling started and Shaima stopped responding to my messages,” Yaziji told Al-Monitor.

As soon as he heard the news of the targeting of his fiancee’s house, Yaziji rushed to the scene. He spent over 11 hours trying to find his fiancee, calling her name while searching the rubble in the hope of finding her.

He participated in Shaima's funeral and asked her family for permission to take part in her burying. With her, he buried the dream he had of living with her under the same roof.

Among Shaima’s family members who were killed in the airstrike was Rajaa Abu Al-Auf, 30, who had left her husband at their house and took the children to her family’s house on Al-Wehda Street thinking they would be safe there. However, the Israeli bombs killed her and her children — Yazan, Amir, Dima and Mira.

Mohammed Ekky, a young man known among his friends for being good-humored, was one of those who got stuck under the rubble of the Abu al-Auf building. He sent a text message to a family member to inform him that he was still under the rubble. The civil defense found him after 12 hours of searching, but it was too late; Ekky had succumbed to his wounds.

Talat Issa, a media professor at the Islamic University of Gaza, wrote in a Facebook post on May 16, “Rescue and search operations for survivors in Al-Wehda Street massacre in Gaza will not gain the attention of the international media stream, which are rushing to cover hurricanes, volcanoes and earthquakes everywhere. Big countries will not rush to send rescue equipment that Gaza lacks, and will not offer its services as in every natural disaster, the disaster in Gaza is an occupation made." Issa said Hollywood will not rush up to produce a movie like "The 33," a docudrama "about the tragedy of workers in Chile, and none of them will remember the suffering of Mohamed Eke [Mohammed Ekky] as he [was] texting his family all overnight that he is still alive under the rubble, but rescue crews didn’t succeed in rescuing him in the morning, sadly.”

“Gaza was and is alone and will remain [with its head lifted] and will not bend,” he continued.

As the heavy airstrikes on Al-Wehda Street unfolded, Israeli Prime Minister Benjamin Netanyahu wrote at 1:30 a.m. on Twitter, “In an unprecedented special operation, we are completely destroying the Hamas tunnel networks, not only the ones used as infiltration routes into Israel, but also those used as a shelter for terrorists.”