The Biden administration has yet to explicitly call for a cease-fire in Israel and the Palestinian territories, resulting in criticism from his own party. 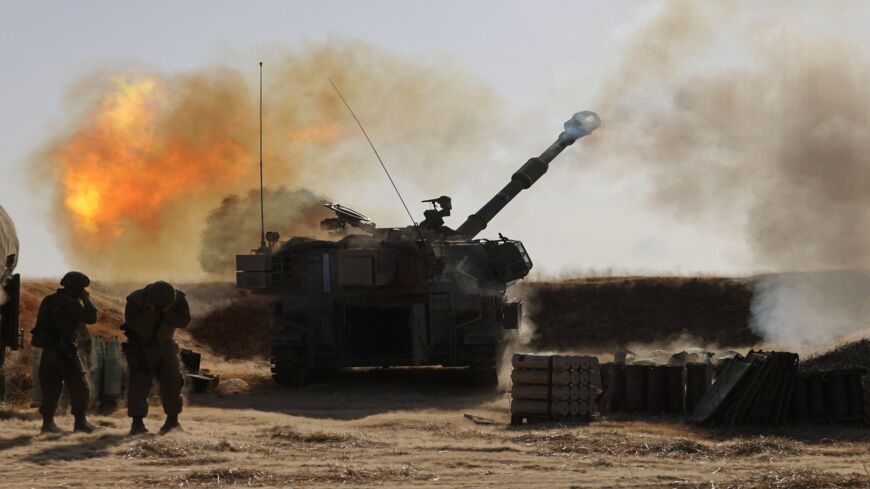 Israeli soldiers fire a 155 mm self-propelled Howitzer toward targets in the Gaza Strip from their position near the southern Israeli city of Sderot on May 12, 2021. Israel's Defense Minister Benny Gantz vowed more attacks on Hamas and other Palestinian militant groups in Gaza to bring "total, long-term quiet" before considering a cease-fire. - MENAHEM KAHANA/AFP via Getty Images

Two groups of US senators called for a cease-fire in Israel and the Palestinian territories on Sunday.

Democratic Sen. Jon Ossoff of Georgia led a group of 29 Democratic senators in calling for an “immediate cease-fire.”

“To prevent any further loss of civilian life and to prevent further escalation of conflict in Israel and the Palestinian territories, we urge an immediate cease-fire,” the lawmakers said in a statement.

Democratic Sen. Chris Murphy of Connecticut and Republican Sen. Todd Young of Indiana also called for a cease-fire, though they likewise expressed support for Israel’s right to strike the Palestinian military and political organization Hamas.

“Israel has the right to defend itself from Hamas’ rocket attacks, in a manner proportionate with the threat its citizens are facing. As a result of Hamas’ rocket attacks and Israel’s response, both sides must recognize that too many lives have been lost and must not escalate the conflict further,” they said in a statement.

The bipartisan duo went on to praise reports of a possible cease-fire and endorsed a two-state solution for the conflict.

“We are encouraged by reports that the parties are exploring a cease-fire,” they said. “We hope that this cease-fire can be reached quickly and that additional steps can be taken to preserve a two-state future.”

Fighting has raged throughout Israel and the West Bank and Gaza for more than a week. While Israeli airstrikes have targeted sites linked to Hamas and other Palestinian armed groups in Gaza, Hamas and allied factions have launched rocket attacks against Israeli cities. There has also been considerable communal violence between Jewish and Arab Israelis within Israel, as well as unrest in disputed Jerusalem and fighting between Palestinians and the Israeli military in the occupied West Bank. The Palestinian Authority reported on Monday that 200 people have died as a result of Israeli military actions since fighting broke out, including 59 children and 35 women. Seven Israelis have been killed due to the attacks from Gaza, including one soldier, women and children.

The reaction from the Senate contrasts with the Biden administration, which has not explicitly called for a cease-fire. President Joe Biden has called for de-escalation, but has also said Israel has a right to defend itself. This has led to some criticism of the administration from progressive voices in Congress. Democratic Rep. Ilhan Omar called the lack of a cease-fire endorsement from the United States at the UN Security Council “disgusting and immoral.”

“Disgusting and immoral for the US to endorse this violent bloodshed,” she said on Twitter on Saturday. “I don’t know any other time when the US has actively blocked a cease-fire and allowed for civilians to get slaughtered.”