Israel’s Security Cabinet unanimously approved an Egyptian cease-fire proposal on the 11th day of conflict with Palestinian militants in the Gaza Strip that has left more than 200 people dead. 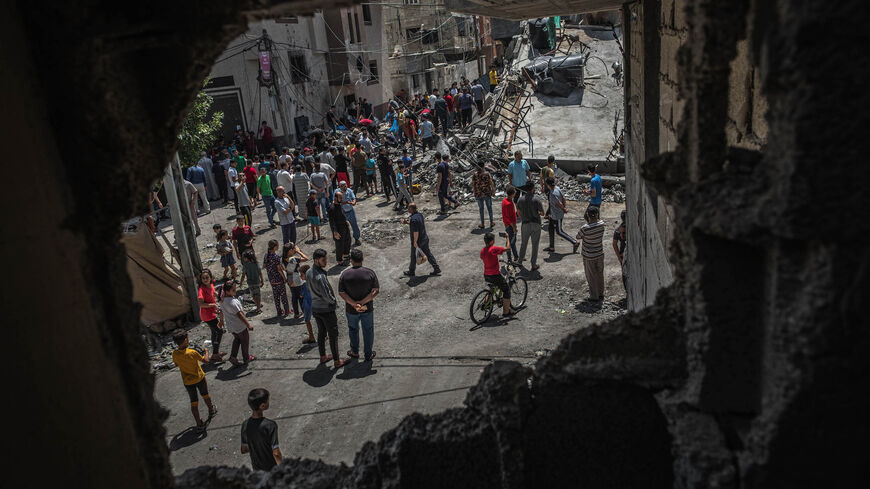 Israel’s Security Cabinet unanimously approved an Egyptian cease-fire proposal Thursday on the 11th day of conflict with Palestinian militants in the Gaza Strip that has left more than 200 people dead.

Israeli media reports said the cease-fire will begin at 2 a.m. Friday, about four hours after the announcement.

Hamas, the Palestinian Islamist movement that has fired thousands of rockets into Israel since fighting broke out May 10, confirmed the cease-fire.

On Wednesday, Hamas deputy political chief Mousa Abu Marzouq emphasized the halt would be a stoppage of firing, not a truce. Strikes on both sides are likely to continue until the cease-fire takes effect.

Israeli officials denied claims that they agreed to any further terms beyond halting military operations, suggesting the underlying causes of the conflict — Palestinian grievances over dispossession amid the failure to achieve a two-state or otherwise equitable solution — will continue.

Israel rejected a previous offer with such demands last week, opting to escalate targeted strikes against Hamas and Islamic Jihad commanders in Gaza.

The Israeli strikes have killed at least 230 people in Gaza, a large number of them women and children. Twelve Israelis have died as a result of more than 4,000 rockets being launched into Israel. The vast majority, however, were intercepted by Israel’s Iron Dome missile defense system.

The announcement comes just hours after US President Joe Biden got off the phone with Egyptian President Abdel Fattah al-Sisi. Egyptian officials have been leading the mediation between Hamas and Israel. Qatari and Jordanian diplomats have also been involved in the push to end the fighting, as well as United Nations officials.

Earlier Thursday, US lawmakers urged Biden yet again to demand an immediate cease-fire, according to a congressional letter obtained by Al-Monitor.

Democratic Reps. Hank Johnson of Georgia, Pramila Jayapal of Washington and progressive Democratic leaders, including Alexandria Ocasio-Cortez of New York, urged Biden to pressure Netanyahu’s government more intensely and warned that not doing so could further damage US credibility on the international stage.

Objections, overwhelmingly from Democrats, further mounted in both the House and Senate this week after it was revealed that the Biden administration planned to grant Boeing a license to resupply Israel with guided munitions similar to those reported to have been used in the conflict.

House Speaker Nancy Pelosi, D-Calif, called for an immediate cease-fire earlier this week as criticism mounted over perceived reluctance by the White House to pressure Netanyahu’s government to scale down its devastating campaign.

Biden told Netanyahu on Wednesday that he expected a “significant de-escalation” in the fighting by that evening.