A crown prince bent on modernization, young and tech-savvy consumers, and a global pandemic are transforming commerce in the desert kingdom. 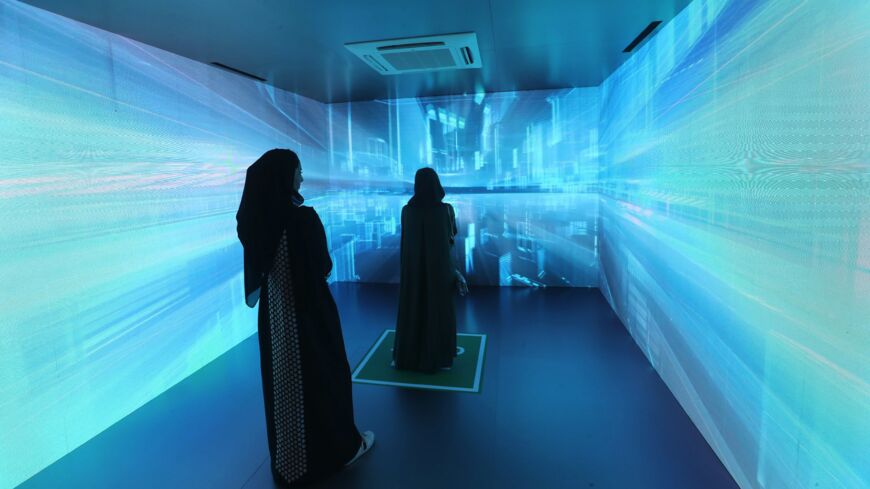 In October 2019, when Saudi Arabia introduced a hallmark e-commerce law, few would have imagined that five months later a global pandemic would all but shutter in-person shopping and the desert kingdom would ban most cash payments.

“There was a rush of businesses trying to go online,” Mazen Al Darrab, co-founder of the Riyadh-based e-commerce enablement company Zid, told Al-Monitor. “The COVID-19 measures doubled our percentage of users.”

For a government bent on digitizing its economy, the timing was fortuitous. Under contentious 35-year-old Crown Prince Mohammad bin Salman and his Vision 2030, Saudi Arabia aims to transform its oil-dependent kingdom by fostering tech innovation and creating new jobs for its massive young population.

Promoting online business and cashless transactions is one part of this modernizing push. The Gulf country already has higher internet penetration rates than the United States, the European Union and China, and its rollout of 5G technology has been ranked amongst the best in the world.

But the retail sector is still catching up. The Saudi Central Bank, SAMA, didn’t allow for online transactions with debit cards until 2018.

Loulwa Bakr, a partner at Global Ventures VC based in Riyadh, says the Central Bank’s decision to regulate the payments industry has been the single greatest trigger for the boom in e-commerce, something the pandemic has only accelerated.

Like other governments in the region where citizens have a preference for cash, Riyadh sees digital transactions as a way to increase its oversight of the economy and a method of ensuring collection of the country's value-added tax, which currently stands at 15%.

The unique mix of young consumers (the average age in Saudi Arabia is 31) eager for a tech-influenced lifestyle and a controlling government that wants to bring its economy online has many in the industry eyeing the Arab world's only G-20 member state.

E-commerce giants like Amazon and JD.com have recently announced plans to increase their operations in the country. They are joined by a host of Middle Eastern startups that are offering localized solutions to navigate Saudi Arabia’s expanding and still nascent market.

Paymob is one of these companies. Fresh of the highest ever Series A funding round for an Egyptian startup, the FinTech firm, which provides mobile wallets and gateways for online purchases, is working to obtain its license to begin operations in the Gulf kingdom this year.

“We decided to go full-force in Saudi Arabia,” Omar El-Gammal, head of international business at Paymob, told Al-Monitor. “Saudi Arabia is the second biggest market in terms of purchasing power and population in the MENA region, but it’s also fragmented in payment methods.”

“Until very recently, I think payment gateways in Saudi Arabia were very snobbish in dealing with businesses. They didn't care for SME’s,” he stated.

He says Paymob will bring onboarding time for a new retailer down to one or two days, and instead of charging subscriptions for services, which makes some businesses reluctant to go online, the company will only charge a fee per transaction.

Startup entrepreneurs like Zid’s Darrab say that local Saudi businesses, most of which just started springing up over the last few years during the modernization drive, want multiple channels to reach consumers. And their young founders are receptive to tech-efficient solutions.

“There is a push for less reliance on international e-commerce and more reliance on local websites,” he stated.

He said Zid had a rush of Saudi food brands and agricultural producers that had previously sold to grocery stores, moving online during the pandemic in order to sell directly to consumers, a trend he expects to continue.

The rise of e-commerce in the kingdom is also filtering down to consumer credit. Although almost every Saudi has a debit card, credit card penetration stood at only 16% in 2020.

With more options to purchase items inside their country than ever before and greater ease in doing so, Saudis need a bigger bankroll.

Buy-now-pay-later (BNPL) startups like Tamara, which recently raised $150 million in funding from Checkout.com, are filling the void. They offer deferred payment options in line with the conservative kingdom’s Islamic banking laws, where charging interest rates is illegal.

Saudis from demographics that would have been unlikely to purchase items online before are now an increasing part of the retail market.

Bakr says BNPL is transforming the buying style of a population that has traditionally been debt-free and highly under-credited. “We will turn into a society where credit is very much a part of the culture.”

The e-commerce space is still developing, and parts of the ecosystem have yet to meet customer expectations, entrepreneurs tell Al-Monitor. Delivery is one of these areas.

Most drivers also insist on calling customers before they make a delivery, making the process even more hectic.

Bakr expects bigger players to start subsidizing the cost of delivery to compete on customer acquisition, offering services that are still rare such as same-day and even two-hour delivery in bigger cities.

While she says there is room for new players to enter the logistics field, the number of companies competing on the value chain side of e-commerce more generally is becoming crowded.

“If I had to enter the market today I’d put my money on vertical e-commerce,” she told Al-Monitor.

This is where businesses specialize in a certain product or segment of the market compared to horizontal e-commerce, which is dominated by companies like Amazon that sell everything.

According to Bakr, “Demand is pent-up” for uniquely sourced products. Entrepreneurs will find a lot of space to carve out dominant positions in under-served segments of the Saudi market if they specialize.

Leena Khalil is co-founder of Mumzworld, an e-commerce site that sources baby and mother-related products from around the globe.

She says young Saudis are willing to explore products in a way their Western counterparts might not. “GCC consumers are situated between East and West, and they are very exposed to different cultures and designs.”

To illustrate her point, she tells Al-Monitor that Mumzworld carries one brand that is sold in only two countries — Korea and Saudi Arabia.

She claims Saudis are natural e-commerce shoppers. “They are always researching products. They want to learn and see the best in the world. And they like to consume the best.”

Mumzworld offers a glimpse into just how much the desert kingdom has changed in the last five years. Millennial mothers shopping on the site are really the first generation of Saudi women working outside the home and raising a family at the same time.

They are living farther away from their old families, pursuing careers and managing their new households.

“Before, if you lived near your parents, your mom can rock the baby. You had a support system,” Khalil says. “Now mothers need more tools to help them in stand-alone families. They are consuming more.”

Travel-related baby products were the best sellers on Mumzworld’s website before the pandemic, and Khalil expects them to be big sellers in the coming months.

“Jeddah and Riyadh are fast cities now. Before you would sit at home at night; now you wonder which show to go to,” she said.

Baby strollers purchased online surely are not going to transform an economy dependent on oil revenues, but what these sales symbolize might. At least that is the hope in Riyadh and with many young entrepreneurs in the desert kingdom.

“The culture is changing,” Bakr stated.