Amazon is planning on expanding the services it provides to the promising Egyptian market in the field of e-commerce, but some obstacles might slow down growth in this sector. 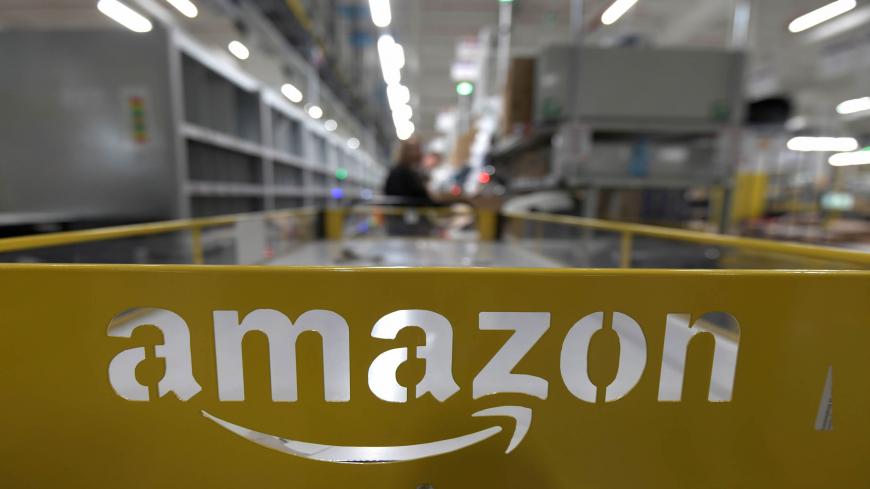 This picture shows the logo of US online retail giant Amazon at the distribution center in Moenchengladbach, western Germany, Dec. 17, 2019. - INA FASSBENDER/AFP via Getty Images

The international US online retail company Amazon, which owns Souq.com that operates in Egypt, is planning to expand its services in the promising Egyptian market in the field of e-commerce.

According to a statement issued by the Egyptian government Aug. 11, Mohamed Abdul Wahab, executive director of the state’s General Authority for Investment and Free Zones, met with Souq.com’s General Manager Omar el-Sahy and Dalia Seif, Amazon’s head of public policy and regional operations manager, to discuss the current and future plans of Amazon in the Egyptian market.

Mohammad Azzam, board member of the International Association for Management of Technology, praised Amazon’s presence in the Egyptian market. He told Al-Monitor that Amazon is one of the biggest companies in the world in the e-commerce sector and holds a market value of about $1.6 trillion. He considered the company’s expansion plans in Egypt a good step that underlines its interest in the promising Egyptian market in this field.

Azzam noted the importance of Egypt’s e-commerce sector, since “Egypt’s competitive trait lies in its geographic location as it constitutes a starting point for neighboring markets, especially given its logistics presence on the Suez Canal axis. Besides, Egypt is a key player in the Belt and Road Initiative. As a result, the Egyptian market reaches up to 2 billion consumers [worldwide] rather than just 100 million [roughly Egypt's population].”

In its Aug. 11 statement, the government indicated that Amazon intends to continue its expansion in the Egyptian market and make a variety of services available, including artificial intelligence and digital payment.

Amazon’s representatives presented suggestions during the Aug. 11 meeting, including the development of common transport services for light merchandise in Egypt in what resembles the Amazon Flex program. The program is implemented around the world and allows any person who owns a private car to earn additional income by transporting light merchandise for Amazon in their free time.

Ways to support startups and small and medium enterprises were also discussed with the aim to motivate them by helping them display their products on Souq.com and giving them instructions about how to sell and market their products online.

Mahdi al-Olabi, founder and director of R2S company, which operates in the field of shipment and logistics in Egypt, said that the common transport services’ proposal in the sector of light merchandise is not new to the Egyptian e-commerce market.

He told Al-Monitor via e-mail, “Most businesses are now asset light and work with individuals on owning cars and trucks, aka the owner-operator model.”

He added, “The e-commerce goods delivery industry is different from the food industry. For commodities, the route is important. It is not a point-to-point or peer-to-peer service. The delivery person has to be cost efficient and make good income. He needs to send no less than 30 parcels per route, and the route is usually in one geographic location.”

The e-commerce market in Egypt has been booming for five years, according to Azzam. E-commerce retail sales reached $2.5 billion in 2017.

Azzam noted that the coronavirus pandemic has increased the growth of the e-commerce market in Egypt by 80% during the lockdown period between March and July, compared to an annual growth of 20% before the crisis. He said that consumers have acquired a new culture based on increased trust in the e-commerce system, on the purchase, sale and electronic payment levels.

A May 2020 report by the Egyptian Ministry of Communications and Information Technology stated that the number of internet users in Egypt was estimated at more than 53 million by the end January (more than half the population), compared to 49.9 million users in December 2019. Moreover, 53 million people have access to electronic payment methods.

The Egyptian government encourages the digitization of financial transactions and the reduction of cash use outside banks, and it urges people to resort to electronic payments.

The government allocated around 9 billion Egyptian pounds (about $565 million) from its 2019-20 budget — which ended June 30 — in the form of investments as part of its plans for a digital shift to attract investments in the digital sector.

Azzam said that the Egyptian government is aiming to increase e-commerce to 4% of the overall commerce in the coming five years; e-commerce currently constitutes less than 1% of all commerce.

Amazon supports the Egyptian government’s plans toward digital transformation, as the government intends to shift its warehouses and distribution centers to a digital format.

During his meeting with Amazon directors, Abdel Wahad promised to offer the needed support for the company to expand its activities and implement digitization plans and produce its products locally. He also vowed to work on providing the needed space to build new warehouses and distribution centers in all Egyptian governorates.

However, Azzam said that the lack of sufficient legislation urging investment and expansion in this field and aiding startups in growing adequately is hampering the increase in e-commerce investments.

Azzam expected the e-commerce market to flourish in Egypt with the recent governmental approval of legislation like the Personal Data Protection Law, the law on the development of small, medium and micro enterprises and the electronic transactions’ law that is still under study in parliament.

Other challenges related to shipping and delivery face the expansion of e-commerce in Egypt. Olabi said that the main obstacles to the success of the e-commerce experience include the improper use of postal codes and the lack of clear addresses of clients, in addition to the perpetuating culture of cash on delivery.

He said that 85% of customers who buy online prefer to pay on delivery. This alone reduces the prospects of a successful delivery on first attempt, if the client was not home, did not answer his phone or had no cash at the time of delivery of the parcel.

Olabi concluded, “The Egyptian government is doing its best to ensure the financial inclusion policy and empower individuals to use e-payment methods. This will take some time since Egypt comprises citizens of varying education levels and economic powers.”