The postponement of the Palestinian elections continues to inspire threats and violence, including against the candidates themselves. 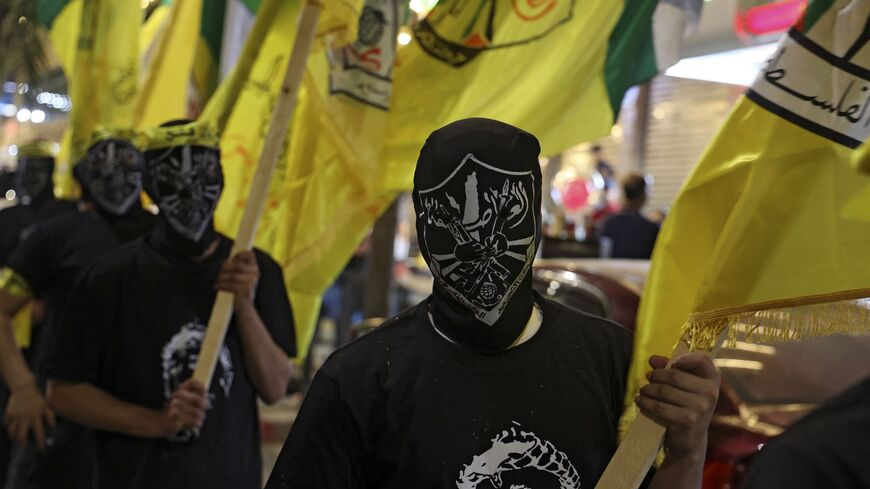 Members of the Fatah movement march in the city of Nablus in the occupied West Bank on April 30, 2021, to support President Mahmoud Abbas' postponement of the elections until Israel guarantees voting can take place in annexed east Jerusalem. - JAAFAR ASHTIYEH/AFP via Getty Images

RAMALLAH, West Bank — The implications of President Mahmoud Abbas’ decision to postpone the Palestinian elections are still surfacing in the Palestinian territories. On May 1, unknown armed men shot and threw grenades at the house of electoral candidate Nizar Bannat. The attack came a few hours after the Freedom and Dignity electoral list, which Bannat formed, sent a message to the European Union demanding it halt funding for the Palestinian Authority and its security apparatus.

In its May 1 letter to the EU, the list voiced its intention to appeal to the European Court of Human Rights to “call for halting financial support to the PA and launching an inquiry into the squandered money of European taxpayers.” It said that it will proceed with this step unless the PA sets a clear timeline for the legislative elections in the coming months.

Bannat is among key political activists who oppose the PA and Fatah and has been the target of several attacks and arrests.

Bannat has been in hiding since his house was attacked on May 2. He told Al-Monitor, “I received calls from private numbers threatening me. My house was besieged for an hour until I arrived. Shots were fired on the house with my children inside. If this isn’t a murder threat, then I don’t know what is.”

Bannat explained, “On May 1, my lawyer notified me that I have been summoned to the prosecutor’s office, and I agreed to come. But I was surprised when I got a call from my wife after less than half an hour, in which she told me that some people had besieged the house and were trying to question my eldest daughter about my whereabouts. Then, they fired shots and threw a stun grenade and a gas bomb of the same type used by the Palestinian police on the house.” He accused Fatah members in Dura town of being behind the attack.

Bannat said that PA figures have incited against him on social media and he has been labeled an apostate in both the religious and the nationalist senses. He added that the decision to postpone the elections heralds a new stage of abuse and attacks. He argued that Fatah is free to attack whoever it wants, as only it is authorized by the PA to carry arms.

The attack on Bannat’s house was condemned by several parties. The EU delegation to the Palestinians tweeted, “Followed with concern last night’s attack on activist Nizar Bannat’s house. Violence against politicians and human rights defenders is unacceptable. The PA has to ensure respect for the freedom of expression and protection of human rights activists.”

Parliamentary lists and blocs condemned the attack, while the Independent Commission for Human Rights (ICHR) expressed concern in a May 2 statement, calling for an urgent inquiry from the police into the shooting at his house.

Islam al-Tamimi, director of the Training, Awareness and Advocacy Department at the ICHR, told Al-Monitor, “The committee followed up with the competent authorities in the police and the public prosecution on the attack on Bannat’s house. The matter is still under inquiry," he said.

Tamimi stressed the need to provide protection to all candidates on the lists, carry out a serious investigation and take action to protect citizens, candidates and their families in a way that ensures freedom of speech and expression.

Demonstrations condemning and rejecting the postponement continue. On May 4, activists staged a silent solidarity march in the center of Ramallah. In chained hands they carried banners criticizing the move and expressing solidarity with the residents of the Sheikh Jarrah neighborhood, where Palestinian families are facing eviction from their homes. On May 3, out of the 36 electoral lists that had been running in the election, 22 have agreed to coordinate on steps to push the electoral process forward.

Even before the elections were postponed, candidates faced attacks and threats such as the shooting incident on the house of Hatem Chahine in Hebron and the attack on the vehicle of Khaled Dweikat in Ramallah.

Writer and political analyst Jihad Harb told Al-Monitor that the Palestinian street is angry not only because of the elections but also because of the lack of vision and hope. He said that the postponement of the elections exacerbated internal tensions as the PA works to form a national unity government in which many factions, including Hamas, refuse to participate.

Harb added, “Despite reservations about the statements and stance of Bannat and his list, which asked a foreign party to intervene in a Palestinian affair, the attack on him is unacceptable.” He noted, “The use of violence to silence voices is a dangerous matter that may inflame violence on the Palestinian street.” 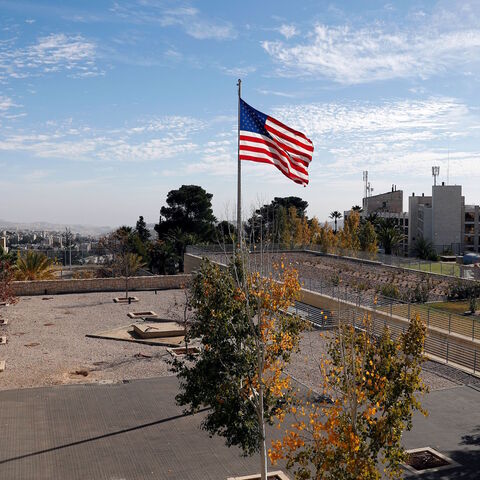 Biden to open US Consulate in Jerusalem, restore ties with the PA