Despite a political process that appears on track, the risk of conflict from foreign forces still in the country remains high. 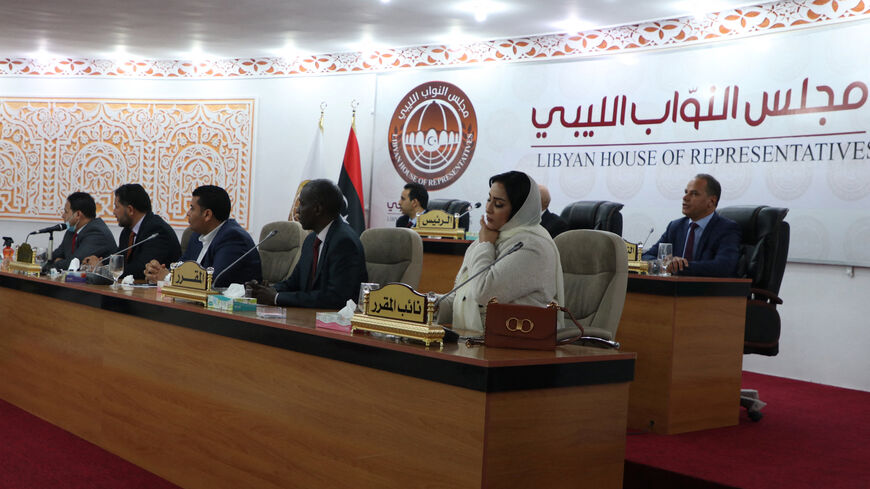 Members of Libya's parliament attend the swearing in ceremony for the country's new interim prime minister in the eastern Libyan city of Tobruk on March 15, 2021, after years of chaos and division. - MOHAMMED EL SHAIKHY/AFP via Getty Images 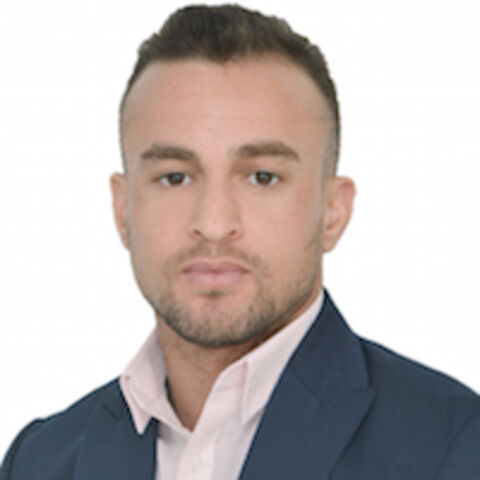 Libya is set to hold elections Dec. 24 in line with the provisions of the political road map approved by the Libyan Political Dialogue Forum in November. However, significant challenges remain that could prevent the holding of elections and derail the country’s political and institutional reunification — risking long-term entrenchment of foreign forces and mercenaries, further fragmentation and a return to conflict.

Libya’s Higher National Elections Commissions set July 1 as a deadline for meeting all the constitutional and legal requirements for elections to be held by the end of the year. However, disagreements between key political stakeholders and institutions persist and pose a significant threat to the process.

In particular, the advisory Higher Council of State has outlined its position regarding the constitutional basis for elections by arguing in favor of a referendum on the draft constitution approved by the Constitution Drafting Committee in July 2017 in line with the Hurghada outcomes signed by representatives of the House of Representatives and the Higher Council of State on Jan. 19. Failing that, the council suggested the adoption of the Constitutional Drafting Committee’s draft constitution as a basis for new elections. This position reflects the view and interests of political Islamist groups who are the predominant faction inside the council. However, the House of Representatives, unlike the council, never ratified the Hurghada outcomes and House President Aguila Saleh has been publicly walking back on them.

On May 5, Saleh informed the UN envoy to Libya, Jan Kubis, that the House of Representatives is ready to adopt the Libyan Political Dialogue Forum’s decision regarding an interim constitutional basis for elections. The forum’s legal committee already concluded its work on the issue and Kubis submitted the final draft to Saleh during their meeting May 4. In the event that the forum fails to produce an outcome, Saleh informed Kubis he would move ahead with elections based on the 7th constitutional amendment for presidential and parliamentary elections.

In this divided context, status quo forces — namely the House of Representatives, the Higher Council of State and the Government of National Unity — stand to benefit from stalling the political process in order to cling to their seats and have continued access to state coffers. Hifter has come out in support of holding direct presidential and parliamentary elections in Libya and is likely to run or put forward his own candidates for these elections. Nevertheless, Hifter's apparent support for holding elections could be nothing but a tactical maneuver to justify a return to military means should status quo factions fail to honor their commitment to hold elections in December. Indeed, the differences between the positions of the House of Representatives and the council on the Dec. 24 elections are a clear sign that the leadership of both institutions might be gearing up for another round of negotiations that could last for many months, eliminating any hopes for elections this year.

In addition to the constitutional and legal challenges, the Dec. 24 elections face enormous operational challenges that relate to the political and security environment for elections. As political divisions unfold, the military track is stagnating and there are little signs that foreign mercenaries and forces will be leaving Libya anytime soon.

Furthermore, the national reconciliation process needed to bridge the political and social divides that have emerged after years of conflict in Libya is lagging. Ahead of an election season, this presents obvious challenges to participation for candidates and voters alike as hundreds of thousands remain displaced internally and externally, and tensions between regions and cities due to past conflicts remain prevalent.

Libya’s problems are not confined to its internal dynamics and domestic players. Various external actors invested in the Libya file exploit internal Libyan dynamics and mirror or dictate the positions of Libyan stakeholders. As far as elections are concerned, Turkey, Egypt and Russia have shown no real interest in supporting a transition to elections. These three countries see an opportunity to safeguard their current influence and secure their geopolitical, national security and economic interests through the current prime minister, Abdul Hamid al-Dbeibeh. Dbeibeh made sure that his first three visits abroad were to these three countries, underlining their importance for his own calculus for the future.

In addition, these three countries have influence over the same status quo forces — including House of Representatives President Agilah Saleh and Higher Council of State Chairman Khalid al-Mishri — that enjoy outsized influence over the process of producing the constitutional basis for elections and have the power to delay the elections indefinitely if not pressured otherwise. On the other hand, the United States and European states have publicly come out in support of the elections. However, apart from the Presidential Council, which remains somewhat neutral and publicly committed to holding elections Dec. 24, they lack an effective Libyan partner that is working for elections. Political parties and entities, as well as civil society, remain divided and lack a unified vision for elections. They have so far lacked the tools to generate a positive momentum and exercise pressure toward elections by the end of the year.

For a chance to hold elections by the end of the year and avert another devastating legitimacy crisis in Libya, Libyan pro-election forces and international stakeholders invested in seeing elections happen must act quickly to ensure the challenges highlighted above are addressed within the limited time available between now and December. The Presidential Council, through its national reconciliation mandate, must lay the groundwork for a wide political and social reconciliation process in Libya that can prepare the environment for acceptable levels of participation in elections.

The Presidential Council is not expected to come up with a full reconciliation project in Libya but can start with major steps. This could include a national peace conference that brings together key political and social stakeholders from across the country to seek their consensus and support for elections by the end of the year and secure a pledge to respect the election results.

Furthermore, through its mandate as the supreme commander of the armed forces, the Presidential Council must take a proactive approach to the 5+5 Joint Military Commission and ensure effective engagement with Libyan and international stakeholders to see through the implementation of the terms of the cease-fire agreement signed in October. Libya’s political parties and civil society have a herculean task ahead to unify around the idea of holding elections by creating alliances and campaigns to pressure the status quo forces into accepting elections as a way forward.

The United States and European states want to see an end to Russian and Turkish presence in Libya, and a successful election by the end of the year could help achieve that. While sensitive and increasingly divisive, the issue of foreign forces and mercenaries in Libya will undoubtedly be a prominent electoral topic and a matter of public opinion and interest for the wider population. Indeed, while it is difficult to see foreign forces and mercenaries leaving Libya by the end of the year, the pressure from election campaigns could put enough pressure on Russia and Turkey and herald the beginning of the withdrawal of their forces, paving the way for Libya’s democratically elected authorities to finish the task.