Three years after he was killed by Israel near the Gaza border, the body of a 16-year-old Palestinian was returned to his family, reviving controversy of Israel’s so-called cemeteries of numbers. 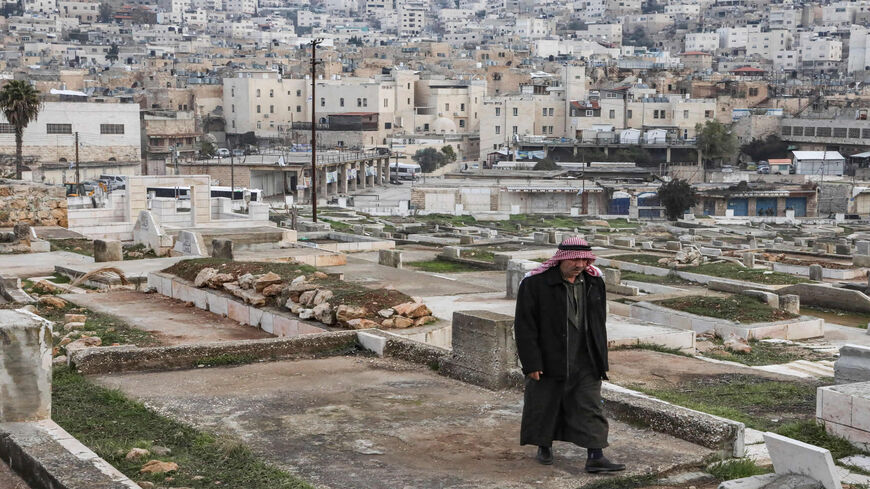 An elderly Palestinian walks through a cemetery in Hebron, with in the background an old market building along al-Shuhada Street that was designated by Israel to be a new settlement, with existing settler buildings behind, West Bank, Jan. 28, 2020. - Hazem BaderAFP via Getty Images

GAZA CITY, Gaza Strip — The Israeli authorities returned April 22 the body of Youssef Abu Jazar, a 16-year-old Palestinian who was killed on the Gaza border with Israel while taking part in the return marches called for by Palestinian factions between March 30, 2018, and December 2019.

Jasser Abu Jazar, Youssef’s father, said his son was shot dead on April 29, 2018, during one of the the peaceful marches, noting that the Israeli army had detained his body for three years. The family was informed about the death of their son by the Israeli army via the Palestinian liaison office the day after his killing.

Jasser told Al-Monitor, “We never lost hope of getting his body back, although three years have passed since his death. Today we celebrate his return by throwing flowers at him. We will bury him in Gaza so that we can visit him at any time.”

Youssef was kindhearted and liked to play and have fun, his father said. “He always told me and his mother about his dream of going to university outside the Gaza Strip, but Israel killed his dream. What would push Israeli soldiers to kill a child who is not part of any military faction and was peacefully participating in the marches?”

Al-Mezan Center for Human Rights in Gaza had a key role in recovering Youssef's body. The center submitted a petition to the Israeli Supreme Court last September to this end.

Jasser said, “On April 21, the family was surprised by an Israeli summons sent to Youssef's mother and sister to appear at the Beit Hanoun checkpoint in the northern Gaza Strip to conduct a DNA test in order to receive Youssef’s body. There, they were told the body would be delivered the next day.”

The detention of Youssef’s body shone light on the issue of Israel’s “cemeteries of numbers.” The graves of Palestinians buried in these cemeteries bear a metal plate marked with an identification number, instead of a name. Each number refers to a file on the slain Palestinians that is kept by the Israeli security services. Some of the bodies withheld by Israel are kept in refrigerators and others are placed in covert stone graves with identification numbers. Israel uses these bodies as a bargaining chip in negotiations for prisoner swap deals with the Palestinians.

Abdul-Nasser Ferwana, head of the Department of Statistics at the Commission of Detainees And Ex‑Detainees Affairs and a member of its follow-up committee in the Gaza Strip, told Al-Monitor, “Israel's detention of Palestinian bodies contravenes all international laws and norms. This is an Israeli tactic used to gain leverage in swap deal negotiations with the factions or the Palestinian Authority [PA], or to bargain over a piece of information.”

He added, “This is a punishment after death. It is a policy that aims to take revenge on the families of the victims. It is also a collective punishment aimed to deter Palestinians from acts of resistance.”

According to Ferwana, Israel is holding the bodies of numerous Palestinians. “Thanks to legal and human rights efforts, sometimes bodies would be delivered in a matter of hours or days. However, Israel still manages to keep some bodies for months or even years,” he said.

According to the National Campaign for Retrieval of the Bodies of Palestinian and Arab War Martyrs established in 2008, data from 2019 provided by the families of the victims and the Palestinian factions with which the victims were affiliated showed that Israel detained about 400 bodies. About 131 of them were returned to their families and 253 bodies are still being held in the cemeteries of numbers.

Several previous negotiations led to the retrieval of some of the bodies, including deals with the Lebanese Hezbollah between 1996 and 2005 that led to the release of about 231 Arab and Palestinian bodies. The PA also succeeded in 2005, through political and legal efforts, to recover 15 bodies. It received the remains of 91 Palestinians in 2012.

On Sept. 3, 2020, Israel’s security Cabinet passed a motion to withhold the bodies of all Palestinians slain in alleged attacks against Israel. Former Defense Minister Naftali Bennett and government, security and judicial authorities had issued similar decisions.

Ferwana said these decisions show that the detention of bodies was never an exceptional event or a transient situation, but rather a constant and organized policy. “Israel made no distinction as to the nationalities of the bodies, whether the victims were Arab or Palestinian, or to the circumstances in which they were killed. For instance, the body of Dalal al-Maghribi has been detained for more than 40 years. Israel also still holds the body of Anis Dawlah who died in Ashkelon prison in 1980,” he added.

Hazem Qassem, a Hamas spokesman in Gaza, said that his movement gives utmost priority to recovering these bodies within the scope of its efforts to conclude prisoner swap deals with Israel. “Hamas believes Palestinians are entitled to a proper burial in line with social traditions. We have raised this issue more than once, but Israel showed an unwavering intransigence. Hamas will keep this issue on its agenda and will exert all efforts to release the current prisoners and the bodies of victims withheld in the cemeteries of numbers,” Qassem noted.

Although the number of these cemeteries and the locations of the refrigerators that hold the bodies are unknown, Israeli media sources revealed over the past years there are four such cemeteries. One is located near Jisr Benat Yakub, close to the Jordan River, and another is located in a closed military area between Jericho and Jisr ed-Damiye in the Jordan Valley. The third one, known as the Cemetery of Refedeem, lies in the Jordan Valley, and the Cemetery of Shuheitar is located near the Wadi Hamam village, north of Galilee between Mount Ariel and the Sea of Galilee. 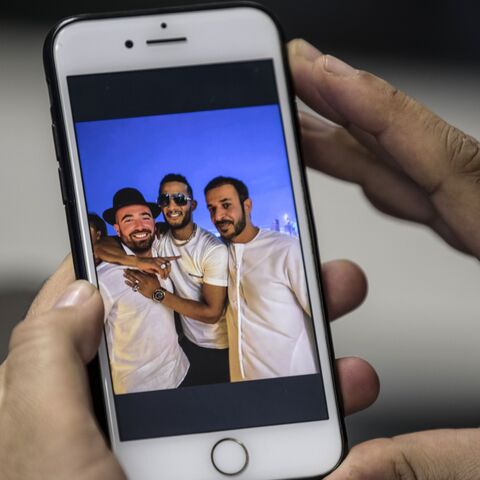