A paper published end of April by an interministerial committee recommends shutting down the petrochemical industries in Haifa Bay. 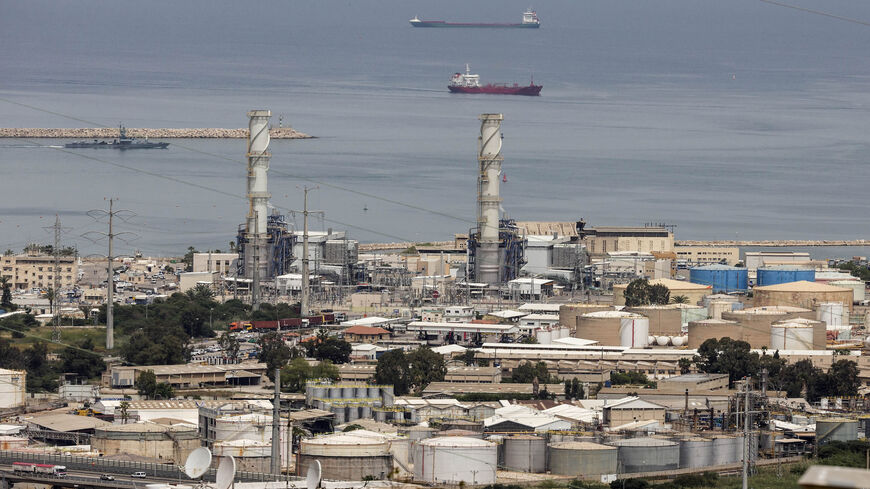 A proposal published April 26 recommends shutting down entirely petrochemical activities at Haifa Bay. An interministerial committee of the National Economic Council at the prime minister’s office recommended closing down the petrochemical and fertilizer industries in the bay as soon as possible. No specific date was mentioned in the proposal, but the committee recommended the closing should be achieved within the next decade.

Still, head of the National Economic Council Avi Simhon told the press after the publication of the proposal that he would like to see the shutting done happening within five to six years, and would consider it a failure if the operation takes as along as a decade.

The committee further recommended to establish a committee of director generals from relevant government ministries to follow up on whichever plan is adopted for shutting down polluting industries at Haifa Bay, identifying economic and administrative obstacles on the way to implementing such a plan and cutting red tape. The committee wrote that two years from now a detailed timeline should be established for shutting down the petrochemical activities and for completing new zoning and urban planning in the spaces that would be vacated.

In its proposal, the committee points out several reasons for evacuating the petrochemical industry from Haifa. There is the pollution, of course. Haifa Bay is home to petrochemical plants, large depots of crude oil and refineries. Together with two existing ports and a third one in planning stages, Haifa Bay is considered one of Israel’s most conspicuous polluting spots. The ministry for environmental protection has been registering for years high rates of polluting particles in the air of the city in general, and the environment of the Bay in particular. Data by the Health Ministry indicates a high level of respiratory problems and even malignant diseases and congenital malformations related to air pollution.

"The concentration of hazardous substances in Haifa Bay poses a risk to the population," the report stated.

These risks have also other implications. When the State of Israel was founded, the Haifa Bay area was one of the leading employment centers. But as far as industry is concerned, it had become stagnant in recent decades. The whole area around the petrochemical plants is suffering. People don’t want to rent any offices there, let alone live in the neighborhood.

On the other hand, the potential of this area is enormous. Haifa municipality would like to see in the Bay neighborhood offices of clean energy groups and high-tech startups. It would like the area to open up to the sea, to offer accessibility to lakes and streams. It would like it to propose attractive housing for young people and families, combined with leisure tourism development, like so many flourishing port cities in Europe and elsewhere.

In the spirit of this vision, the interministerial committee offered two options for future development of the Bay area. Both these plans would like to turn the Bay zone, saturated with industries, polluting infrastructure and hazardous materials, into the urban heart of the metropolis.

The interministerial committee is certainly not the first one to dwell on this issue, which has been on Israel’s public agenda for years. Its recommendations are not binding. The draft it proposed April 26 is now open for public comments until May 9. Still, contrary to prior committees and commissions on Haifa Bay this one was established by a formal government decision, and includes senior representatives at director general level from the ministries of finance, energy, environment, and economy and commerce. It also includes senior representatives of the Israel Land Authority. Its senior composition and the fact that its members have convened 12 times already since its establishment in October 2020 indicate that things are advancing, and that a decision on evacuating the petrochemical plants could indeed be adopted by the government.

Lately, the public debate on Haifa Bay has become a national concern. Last June, one of Haifa’s iconic oil refinery towers collapsed. The tower was built in the 1930s and was no longer in use. Its collapse presented no danger of pollution. Still, the incident provoked once again a public discussion on the petrochemical industries.

The fatal incident at the port of Beirut last August gave the public discussion in Haifa another push. "A disaster such as the one that occurred in Beirut could happen also in Haifa. This is obvious. We could get an unimaginable catastrophe. There are several potential spots where this could happen. Where one blow could generate a greater blow. It’s time for everyone to wake up and act," said Haifa Mayor Einat Kalisch-Rotem.

Kalisch-Rotem knows what she is talking about. With a doctorate in urban planning and years of professional experience as architect and planner, she fully understands what relocating the petrochemical industries entail, the good and the bad. Still, for her, it is clear that these industries must go.

The battle for shutting down these plants is not going to be easy. The strong labor unions and the Israel Association of Manufacturers are already preparing for war. Against them are standing the Haifa municipality and also a series of groups for the protection of the environment. The leading environmentalist group Adam Teva V’Din tweeted after the publication of the proposal, "We are pleased that the state has begun moving toward ending the oil refining era, and demand that this be done quickly while setting a binding deadline. Until that happens, the full application of the ‘polluter-pays’ principle must be ensured, so that the costs of repairing the damage left after the industry is evacuated will not be borne by the public but by the polluters."