Eritrea is seeking to defuse allegations that it has aided Ethiopia in its border dispute with Sudan, 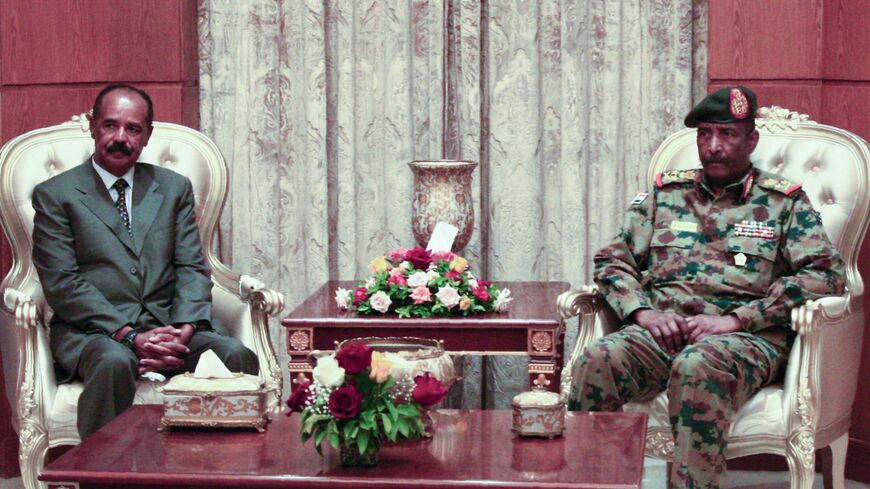 Eritrean President Isaias Afwerki met with Sudan’s interim leaders in Khartoum on Tuesday to cement ties between the two countries amid tensions over Sudan’s border dispute with Ethiopia.

The leaders agreed to strengthen cooperation in the “political, economic, social, security and military sectors,” according to a statement by Eritrea’s Information Ministry.

Hamdok and Isaias also discussed focusing joint work on “a few, concrete projects to consolidate Eritrea-Sudan bilateral ties within the regional framework,” according to the statement.

The meetings come as Eritrea has been accused of aiding Ethiopia in Addis Ababa’s ongoing border dispute with Sudan over fertile farmland in a region known as the Fashaga triangle. The United Nations said in March that Eritrea had deployed forces to the conflict.

Ethiopa’s Prime Minister Abiy Ahmed has also said Eritrean forces were supporting his government’s forces in the Tigray region, where Addis Ababa’s forces have been credibly accused of war crimes.

Sudan’s interim government leveled a vague allegation against “a third party” for aiding Ethiopia in the dispute in February. Eritrea’s government rushed to defuse the UN’s allegations, sending its foreign minister to Khartoum.

The decades-old conflict remains unresolved, despite rounds of talks in which Sudan seeks to return to a 1990 border agreement. Ethiopia has accused Sudan’s forces of violating Ethiopian territory to commit crimes against civilians.

Tensions between Ethiopia and Sudan are also high due to Addis Ababa’s Grand Ethiopian Renaissance Dam. Egypt and Sudan fear the project, which is largely complete, will dangerously reduce downstream Nile flow, on which their populations depend, especially Egypt’s.

East Africa faces a slew of overlapping crises that threaten the region’s stability.

The dam dispute, the Sudan-Ethiopia border conflict and an elections crisis in Somalia have caught the attention of the Biden administration, which sees the resource-rich Horn of Africa as a important region amid economic and strategic competition with Russia and China.