Secretary of State Antony Blinken's visit comes as a new report highlights how Egypt's widespread detention practices are impacting Americans and their families. 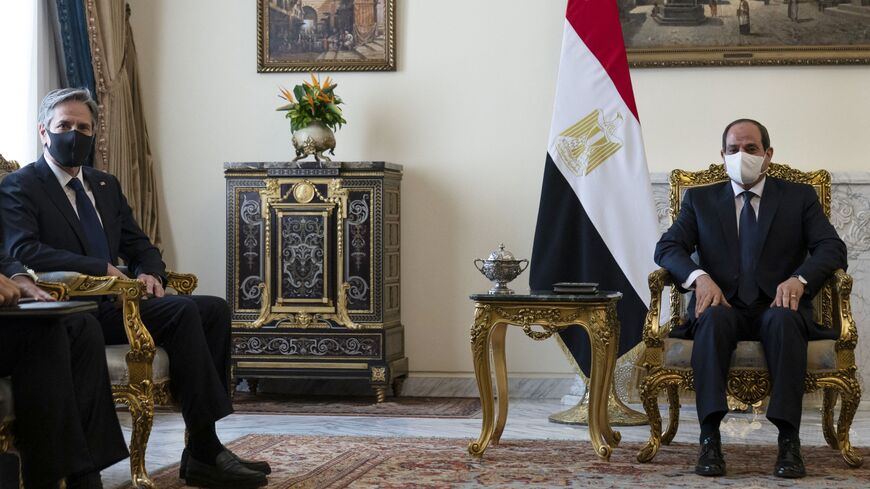 US Secretary of State Antony Blinken (L) meets with Egypt's President Abdel Fattah al-Sisi at the Heliopolis Presidential Palace on May 26, 2021. - ALEX BRANDON/POOL/AFP via Getty Images

As Secretary of State Antony Blinken held talks with officials in Egypt on Wednesday, activists and former detainees drew attention to the record of human rights abuses that the Biden administration said would be "central” to the US-Egypt relationship.

Blinken met with President Abdel Fattah al-Sisi as part of a Middle East tour aimed at lending US support to the Egyptian-brokered cease-fire that last week ended 11 days of fighting between Israel and the militant group Hamas. Speaking with reporters after the meeting, Blinken said he raised with Sisi the issue of wrongfully detained Americans and that the pair had a "lengthy discussion" on human rights, which have sharply deteriorated in Egypt since Sisi came to power in a 2013 coup.

Under Sisi’s watch, Egyptian security forces have made use of the country’s broad counterterrorism laws to jail tens of thousands of perceived government critics, including US citizens and their family members. In January 2020, New York City taxi driver Mustafa Kassem died behind bars following a hunger strike and repeated pleas for Washington to secure his release.

While Egypt’s sweeping campaign of arrests is well known, a new report from the Washington-based rights group The Freedom Initiative details how the country’s detention practices are “not felt only within its own borders” but on American soil.

The report, released as Blinken visited Cairo on Wednesday, found that Egyptian authorities had wrongfully detained at least 11 people with US residency — citizens, legal permanent residents or resident visa holders — in 2020. Five remain in prison and three are banned from traveling out of Egypt.

The Freedom Initiative also documented a pattern of reprisals against government critics who are living in the United States, with five of them telling researchers that their family members had been detained in Egypt as a way of pressuring them into silence.

Mohamed Soltan, a former political prisoner in Egypt and founder of the Freedom Initiative, says his uncle and several cousins were detained in retaliation for a federal lawsuit he filed against Egypt's former prime minister, who Soltan accuses of orchestrating his torture in detention. Soltan also says Egyptian authorities targeted his father, a US permanent resident who was disappeared from his prison cell in June 2020 and has not been heard from again.

“Not every story made it into the report because there are so many people that are afraid to come forward,” said Allison McManus, the Freedom Initiative’s research director. “For every person that we spoke to, there are other American families that are being impacted.”

Sherif Mansour, the Middle East and North Africa program coordinator at the Committee to Protect Journalists, has tried to bring awareness to what he calls hostage-taking by a key American ally.

Like Soltan, Mansour saw a number of his Egypt-based family members arrested, then released, in what he said was a clear attempt to quiet his advocacy in Washington. One of Mansour’s cousins, Reda Abdelrahman, was arrested last year on trumped up terrorism charges and remains in pre-trial detention.

Mansour says current State Department officials have told him they are raising the cases of detained families, including his, privately with Egyptian counterparts. But after months of assurances, the activist says “it’s about time” such requests be made public.

“To continue using the word “ally” with Egypt, if that’s the language the administration is using, then they should at least demand publicly that Egypt stop acting like North Korea and Iran by taking US citizens and their family hostage.”

As a candidate, Biden won praise in the human rights community for vowing “no more blank checks for Trump’s ‘favorite dictator,’” a reference to Sisi and the $1.3 billion in US military assistance that Egypt receives each year. Once in office, Biden greenlit the sale of $200 million worth of naval surface-to-air missiles to Cairo in what the State Department defended as a “routine replenishment of defensive weapons.”

Egypt remains the second-largest recipient of US military aid, after Israel. Human rights advocates hope that the Biden administration will leverage some of that annual assistance to push for rights reforms or sanction Egyptian officials accused of harming dissidents and journalists.

But whether there’s the political will to take a tougher line on Cairo is another story, and analysts say the White House’s recent rhetoric isn’t encouraging.

Biden and Sisi have spoken twice in the past week about the Gaza truce and reconstruction efforts. After touching on a number of regional issues in their second call, at the end of the US readout was a mention of “the importance of a constructive dialogue on human rights.”

“I don’t know if there’s any clearer way for the US to signal that they consider human rights in Egypt as a marginal issue,” said Amy Hawthorne, an Egypt expert at the Washington-based Project on Middle East Democracy.

“Even the way they phrased the idea of a ‘dialogue’ shows me that they were looking for a way to be as conciliatory as possible to Sisi,” Hawthorne said. “That wording was music to Sisi’s ears.” 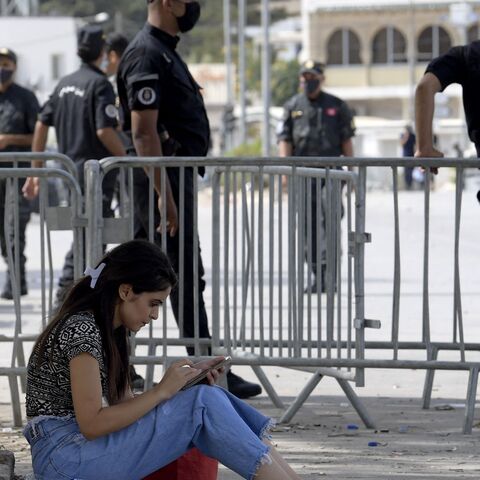 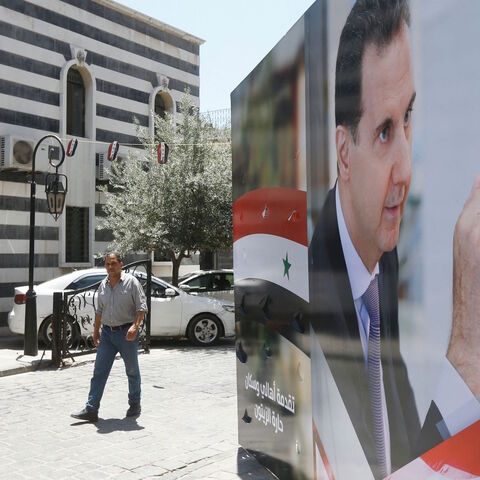