Egypt, which brokered last week's cease-fire that ended hostilities and between Israel and Hamas and also hosted Palestinian reconciliation talks earlier this year, hopes it can help put in place a long-term truce. 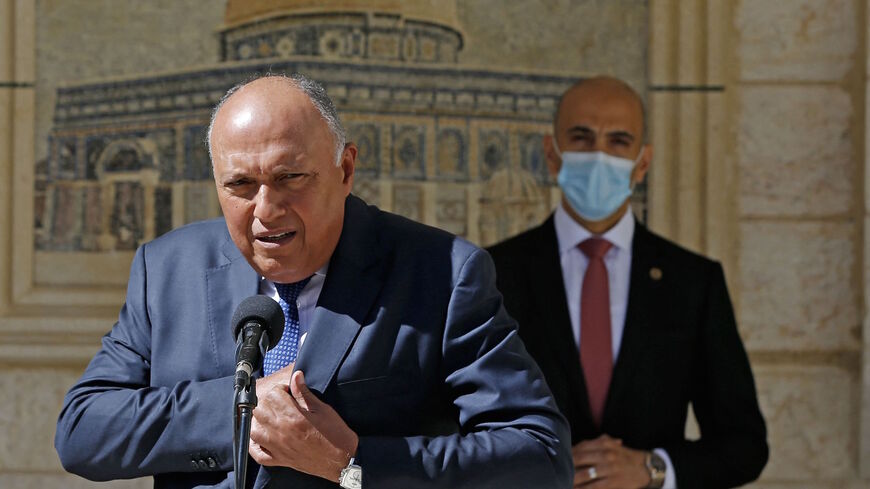 Egyptian Foreign Minister Sameh Shoukry (L) speaks during a press conference in the West Bank city of Ramallah on May 24, 2021. - ABBAS MOMANI/AFP via Getty Images

Egypt is working to broker an additional agreement between Israel and Hamas following the recent fighting.

An Egyptian intelligence official told The Associated Press on Thursday that Egypt is seeking a “long-term truce” between the two sides that could lead to direct Israel-Hamas talks and reconstruction efforts in Gaza.

Israel’s public broadcaster Kan also reported Thursday that an Egyptian official will arrive in Israel next week to work on the Israeli-Palestinian talks.

Israel and Hamas ended their 11 days of fighting last week with an Egyptian-brokered cease-fire. More than 250 people died in the conflict, most of whom were Palestinians. Hamas launched rockets into several Israeli cities and Israel conducted airstrikes throughout the Gaza Strip during the ordeal, which began over tensions in Jerusalem.

Egypt is in a unique position to mediate between Israel and Palestinian groups. Egypt was the first Arab state to establish relations with Israel, having done so in 1979. Egypt also shares a land border with Gaza and maintains the blockade over the enclave with Israel. Egypt also hosted intra-Palestinian talks involving Hamas and the internationally recognized Palestinian Authority in February.