Hamas and Fatah are meeting with Egyptian officials in an effort to bolster the truce that ended the 11-day conflict with Israel. 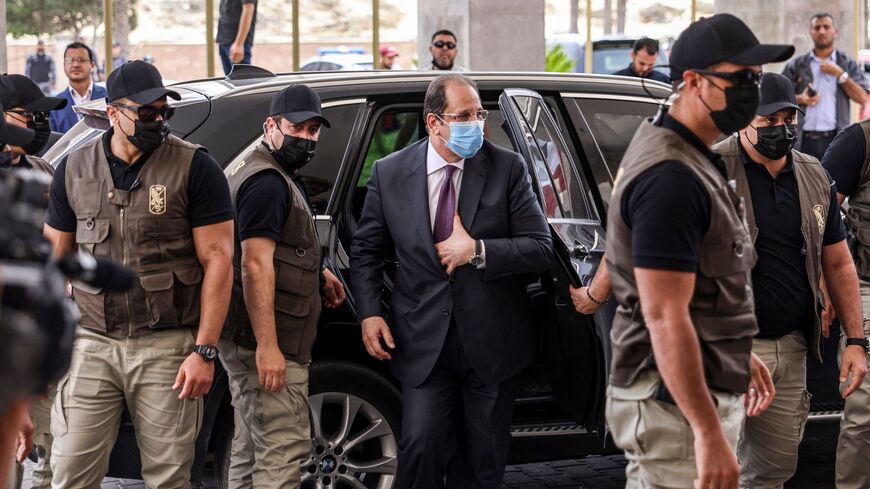 General Abbas Kamel (C), Egypt's intelligence chief, arrives for a meeting with leaders of Hamas in Gaza City on May 31, 2021. - MAHMUD HAMS/AFP via Getty Images

Hamas leader Ismail Haniyeh traveled to Cairo on Tuesday for Palestinian talks aimed at shoring up a fragile-cease-fire with Israel.

Hamas’ rivals in the West Bank, Fatah, were also in attendance with a high-level delegation led by Fatah figure Jibril Rajoub. The Palestinian factions met separately with Egyptian officials, and it wasn’t clear if they planned on meeting with each other.

Reuters quoted Hamas spokesman Hazem Qassem as saying that Cairo is due to hold a broader meeting of Palestinian factions as soon as next week.

Egypt's intelligence chief Abbas Kamel, who visited the West Bank and Gaza last month, was among the Egyptian officials participating in the talks on Tuesday. Kamel visited Ramallah first in what an Egyptian source told Haaretz is a sign that Cairo views President Mahmoud Abbas’ Palestinian Authority as the legitimate representative of the Palestinian people.

Egypt helped broker the May 21 truce between Israel and Hamas that halted the region’s worst fighting since the 2014 war between the two sides. More than 250 people were killed in 11 days of airstrikes and rocket attacks, the vast majority of them Palestinians.

Egypt, which shares a border with the Gaza Strip, has pledged $500 million for reconstruction in the impoverished Palestinian enclave where Israeli strikes pummeled entire apartment blocks and caused heavy damage to infrastructure.

On Sunday, Gabi Ashkenazi arrived in Cairo for the first visit by an Israeli foreign minister to the North African country in nearly 13 years. Ashkenazi and Egyptian Foreign Minister Sameh Shoukry discussed the cease-fire with Hamas, as well as the possible return of two Israelis and the remains of two soldiers held by the militant group. Israel wants rebuilding in Gaza conditioned on resolving the prisoner issue.