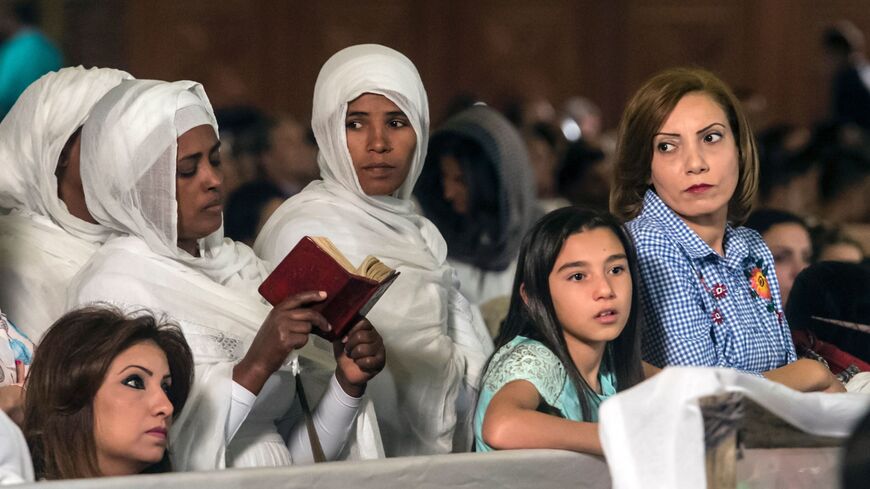 CAIRO — On May 2, Christians in Egypt celebrated Easter amid tensions caused by the statements of Prime Minister Mustafa Madbouly in which he did not declare the day as an official holiday for state workers.

On April 28, Madbouly announced the official holidays for the beginning of May, saying, “The government decided to consider May 1 a holiday on the occasion of Labor Day, May 2 a day off to prevent overcrowding for fear of the spread of COVID-19 and May 3 as the Egyptian national holiday of Sham al-Nessim.” Sham al-Nessim celebrates spring.

After Madbouly did not name Easter as an official holiday, human rights activists and politicians said he had disregarded real demands, saying basic religious holidays should be official holidays for all citizens.

Ishaq Ibrahim, a researcher on Coptic affairs at the Egyptian Initiative for Personal Rights, told Al-Monitor, “The state of citizenship should be based on equality among all citizens regardless of their religion or belief, even in terms of holidays, especially religious ones.”

Ibrahim said the fact that Madbouly did not refer to Easter as a “religious holiday for Christians” but rather considered it a day off to prevent overcrowding is “a dangerous indication and unjustified fear of official [religious] bodies that refuse to acknowledge the resurrection of Christ, and thus refuse to officially celebrate it.”

Islamic religious institutions do not recognize the resurrection of Christ, as the Quran is generally interpreted as saying that the Prophet Isa (Jesus) was not crucified or killed but rather that it appeared as if he had been crucified.

A human rights lawyer from a working group that deals with  religious and ethnic minorities told Al-Monitor on condition of anonymity that the group is considering making a complaint to the State Council against the Egyptian government over the Easter holiday controversy.

“The state should not adopt one religion [at the expense of the other]. Rather, it should stand at an equal distance from all citizens and their beliefs and deal with them equally. The state should not celebrate a religion even if the majority of citizens belong to said religion, while ignoring major religious celebrations in another religion. It should give the same importance, appreciation, and respect to all religions,” he said.

The lawyer added, “The issue is not with Madbouly not recognizing this day as a state holiday, but rather because it reflects the vision of the government and the ruling authorities that do not appreciate the celebrations of other religions. For example, no high-ranking government official participates in Easter celebrations. Meanwhile, the state celebrates Christmas with the presence of the president, since it is a celebration that Muslims do not oppose, unlike Easter.”

Article 53 of Egypt’s Constitution of 2014 says, “Citizens are equal before the law, possess equal rights and public duties, and may not be discriminated against on the basis of religion, belief, sex, origin, race, color, language, disability, social class, political or geographical affiliation, or for any other reason. Discrimination and incitement to hate are crimes punishable by law. The state shall take all necessary measures to eliminate all forms of discrimination, and the law shall regulate the establishment of an independent commission for this purpose.”

Egyptians who rejected Madbouly’s statement used the hashtag #Glorious_Overcrowding_Day in thousands of Facebook posts to ridicule his decision as well as to pressure Egyptian authorities on the issue.

Al-Monitor tried to contact Nader Saad, the official spokesman for the Egyptian Cabinet, to ask him about the government's position regarding the anger that Madbouly’s statements sparked, to no avail.

A Coptic Orthodox Church spokesman, the Rev. Moussa Ibrahim, would only tell Al-Monitor, “The decision is in the hands of the Egyptian political leadership.”

Ibrahim Luca, a Christian man who works at a steel factory, told Al-Monitor, “The idea is not whether [Easter] is considered a holiday or not. The issue is rather about equality among citizens, especially during religious occasions.”