Why train accidents are so frequent in Egypt 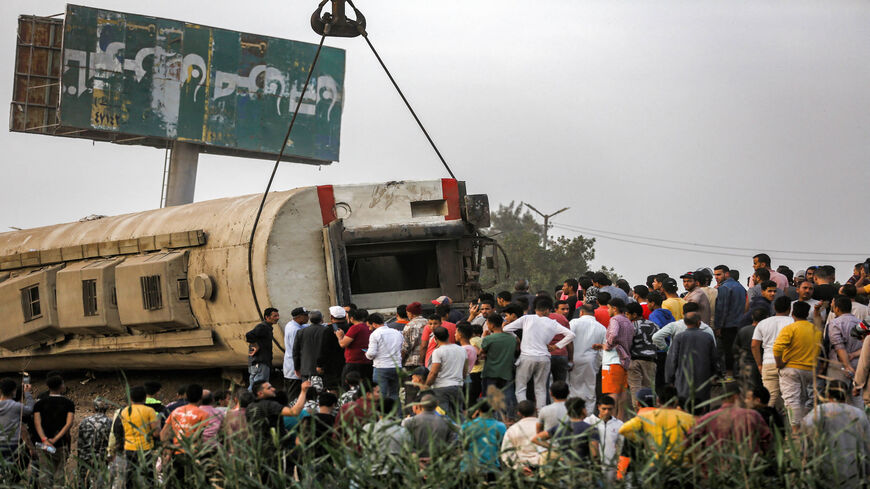 People watch as a telescopic railway crane lifts an overturned passenger carriage at the scene of a railway accident in the city of Toukh, central Nile Delta province of Qalyubiya, Egypt, April 18, 2021. - Ayman Aref/AFP via Getty Images 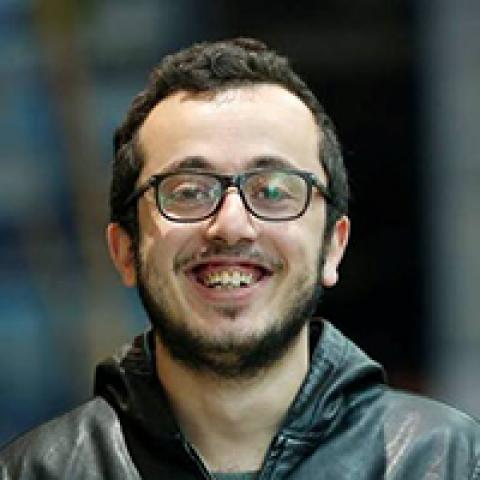 Egypt witnessed April 18 a new train accident after four carriages derailed, resulting in the death of 11 people and the injury of 98 others, according to an official statement issued by the Egyptian Ministry of Health.

The accident that occurred near the city of Toukh in Qalyubia governorate, north of Cairo, is not the first of its kind, as the Egyptian railways witnessed five accidents over the past three weeks — three of which resulted in casualties.

These accidents come as the state works on a plan to develop the transport sector across the railway network in the country, with a budget of 225 billion Egyptian pounds ($14.3 billion) within the 1.5 trillion pounds ($95.5 billion) budget to develop all transport sectors, Minister of Transport Kamel al-Wazir said in statements March 27.

Egypt has the oldest railway network in Africa and the Middle East, and the second in the world, and it extends over 9,570 kilometers (5,946 miles).

Hassan Abdel-Zaher, a professor of road engineering at Ain Shams State University in Egypt, told Al-Monitor over the phone that train accidents in Egypt are due to several reasons. The railways suffered neglect over the past 40 years, until the current leadership issued directives in 2014 for solutions to be developed to the sector’s chronic problems, he explained.

Abdel-Zaher said that the railway sector in 2014 owed 55 billion pounds ($3.5 billion) to the state, at a time when its total income amounted to 3 billion pounds ($190.9 million) and its expenditures to 3.45 billion pounds ($219.5 million). The number of workers in the sector amounts to 54,000 employees, workers and technicians, he added.

“It is a very large number that only includes 3,000 drivers,” he said.

He pointed out that the railways are being developed while still operational, as the service transports about 1 million passengers a day. He noted that the private sector should join the railway sector once the infrastructure is fully developed in order to avoid an increase in the service price.

Imad Nabil, an Egyptian road engineering consultant, concurred, as he told Al-Monitor over the phone, “The development process does not infer that accidents will stop but that their frequency will go back to a normal level.”

He noted that the railway sector in the country is dilapidated due to long periods of neglect, and he believes the development project that the Ministry of Transport is working on will help reduce the frequency of accidents.

Mahmud al-Dabaa, a member of the parliamentary Transport Committee, told Al-Monitor over the phone that the recent train accidents were occasional.

“The results of the railway development will not materialize overnight, as they have not been developed for more than 40 years. Work is underway currently to improve the efficiency of trains and railway lines,” he said.

Dabaa noted, “Accidents are possible at any time and do not affect the development process, whose positive results are gradually unfolding.”

He stressed that the political leadership in his country and the minister of transport are working to develop the sector.

“The Sohag accident, for example, occurred because there was a shortage of workers and this is a human error. We are currently waiting for the investigations to be concluded to see what caused the Toukh train accident,” he added.

On March 26, a train crash occurred in Sohag governorate, in the south of the country, which resulted in the death of 32 citizens and the injury of 165 others, according to an official statement issued by the Ministry of Health.

The accident sparked calls for the dismissal of Wazir, who responded during a televised statement on March 28, saying, “Since I graduated from the Military College in 1980 as a combat soldier, I was never a quitter, and since the president of the republic who trusted in me and appointed me as a minister of transport, I shall not let him down and shall continue to fight and resist with my colleagues at the [Egyptian Railway Authority] to complete the plans and serve my country. Resigning is not an option. If I resign, I would be deceiving my country.”

President Abdel Fattah al-Sisi had appointed Wazir as minister of transport in March 2019 to succeed Hisham Arafat who had resigned after a train tractor slammed into a barrier inside Cairo’s main Ramses railway station in late February of the same year, which resulted in the death of 22 people.