In Trump's final days, the White House introduced a slew of new sanctions aimed at hindering a return to the nuclear deal. Yet since the designations were so blatantly politicized, the risk of undoing them is politically manageable. 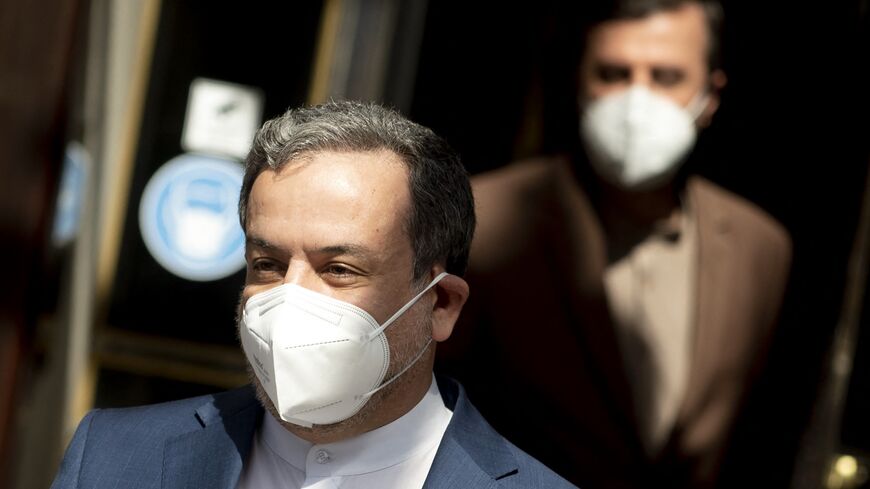 In the fall of 2020, as Trump administration foreign policy officials anticipated their time in office would soon be over, they sought to perpetuate one of their most unsuccessful polices — the maximum pressure campaign against Iran — by erecting what they called a “sanctions wall.” The purpose, which they made no attempt to hide, was to undermine the next administration’s ability to restore the 2015 nuclear deal, known as the Joint Comprehensive Plan of Action (JCPOA). Right after Trump lost the election, his aides hatched a plan to announce a new set of sanctions on Iran every week until the inauguration of President Joe Biden on Jan. 20, according to Axios.

With negotiations in Vienna now proceeding steadily to address the necessary steps for JCPOA restoration, architects of the sanctions wall again are anticipating defeat. And they are not happy that the ramparts appear to be about to crumble. Leading Republican senators and members of the House of Representatives have penned letters insisting they would work to overturn any “one-sided concessions.” Mark Dubowitz, who in his role as president of the Foundation for Defense of Democracies hatched the sanctions wall concept, has released a torrent of tweets, charging on April 9, for example, “Biden offering regime in Iran billions of dollars in terrorism-sanctions relief that will subsidize the IRGC & reward ongoing nuclear deceit.” The IRGC is the Islamic Revolutionary Guard Corps, which was designated as a terror organization by the Trump administration.

On April 6, negotiators in Vienna established two working groups, one to compile the sanctions the US needs to lift and another to inventory the constraints that Iran must readopt to return to compliance. With regard to the former, the US special envoy for Iran, Rob Malley, and State Department spokesman Ned Price both stated that the United States will “remove those sanctions that are inconsistent with the deal.” Although Price would not clarify whether this would include any counterterrorism sanctions, the answer must be yes, since some of those measures were expressly imposed for the express purpose of impeding the deal.

Iran hawks thought that by piling on new sanctions under the guise of counterterrorism they had created a politically failsafe parapet. Because who wants to ease such sanctions and thereby risk being called a facilitator of terrorism? When the designations were so blatantly politicized, however, the risk of undoing them became politically manageable. The majority of Americans support a return to the JCPOA, a deal that clearly requires the lifting of sanctions on the Central Bank of Iran, the National Iranian Oil Company and other Iranian organizations involved in the oil business.

Although Iranian officials insist that “all” sanctions applied since 2016 must be verifiably removed before Iran will also return to compliance with the JCPOA, Tehran’s emphasis has been on oil sales. A 52-minute documentary released April 8 by the office of Supreme Leader Ayatollah Ali Khamenei insisted, in particular, on the sanctions imposed on the Oil Ministry and Iran’s Central Bank. In a highly politicized move, the US Treasury designated these bodies under counterterrorism authorities in 2019 on grounds of their connections with Hezbollah and the IRGC's Quds Force. Writing for the Atlantic Council, Brian O’Toole called these measures “poison pill” sanctions because they poison any practical implementation of the JCPOA.

Not all of the Trump administration’s new sanctions on Iran were politicized, of course. For example, sanctions against officials responsible for the deaths of hundreds of protesters in November 2019, against Iranian-backed hackers in September 2020 and against Iranian interference in the US 2020 elections were proper responses to outrageous acts. Just as many non-nuclear sanctions remained in place under the JCPOA, so too will these designations remain in place.

Just at the Trump administration intended with its muddying of the sanctions waters, untangling which of the more than 1,500 designations it applied are inconsistent with the JCPOA is a complex and politically fraught task that will require compromise by both the US and Iranian sides. The importance of this task has superseded the issue of sequencing, with an understanding that neither side will necessarily go first and rather that simultaneity will prevail.

Meanwhile, there is time pressure to come to agreement on the mutual steps by the end of May. Once campaigning begins for Iran’s June 18 presidential election, it may be difficult for the Iranian side to negotiate. A more important consideration is the May 21 expiration of an agreement Iran reached with the International Atomic Energy Agency on Feb. 21 to postpone implementation of a parliamentary mandate to reduce cooperation with inspectors. If Iran proceeds with that move, it would be a violation not just of the JCPOA but also of Iran’s basic safeguards agreement, reigniting the Iran nuclear crisis in a double blast.

For Biden to meet his election pledge of returning to the nuclear accord and ensuring that Iran does not acquire nuclear weapons, he will have to tear down Trump’s sanctions wall, and the sooner the better.