A criminal complaint was filed against Turkish lawmaker Umit Ozdag after he threatened Garo Paylan, an Armenian deputy with the Peoples’ Democratic Party, over remarks regarding the Armenian genocide. 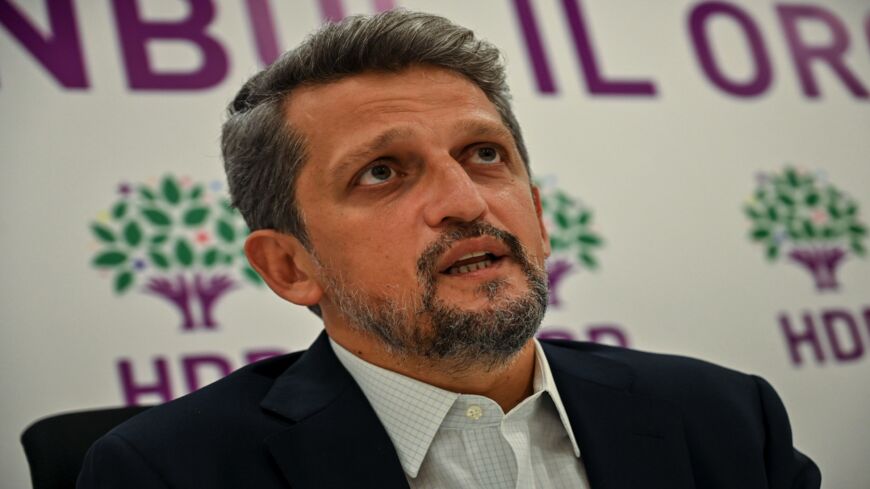 Armenian lawmaker from the pro-Kurdish HDP party Garo Paylan speaks during an interview on Oct. 12, 2020, in Istanbul. Despite keeping a low profile since the fighting started in Nagorno-Karabakh, members of the tiny Armenian community of Turkey feel under pressure and fear being targeted for any perceived support of Armenia amid Ankara's vociferous backing of Azerbaijan. - OZAN KOSE/AFP via Getty Images

The news comes as tensions remain high in Turkey following Armenian Genocide Remembrance Day on April 24, during which US President Joe Biden broke with his predecessors and recognized the 1915 mass killing of up to 1.5 million Armenians by Ottomans as genocide in a statement, putting further strain on US-Turkey relations.

On Saturday, Paylan shared a tweet criticizing the fact that streets and schools in Turkey are currently named after Talaat Pasha, a leading architect of the Armenian genocide who served as the Ottoman Empire’s interior minister at the time of the events, comparing the situation to schools being named after Adolf Hitler in Germany.

The message drew anger from Turkish nationalists. Ozdag quoted the tweet Tuesday, calling Paylan a “shameless, provocative man” and threatening him with the same fate met by Armenians at the end of the Ottoman era.

“If you are not content, go to hell,” Ozdag wrote in the tweet. “Talaat Pasha did not expel the patriotic Armenians but expelled the ones like you who stabbed us in the back. When the time comes, you will and should also have a Talaat Pasha experience."

In a separate tweet, Ozdag also referred to Paylan as a "vicious enemy of the Turkish nation." Paylan responded by calling Ozdag a “fascist” in a social media spat that stirred controversy among observers and commentators. Both Ozdag and Paylan did not respond immediately to requests for comment.

Ozdag’s remarks were condemned as “racism” by Eren Keskin, a prominent lawyer and co-chair of the IHD, who Tuesday announced the organization would file a complaint against the lawmaker. The complaint accuses Ozdag of making threats and “provoking public hatred and hostility” under Turkish law, as well as discrimination under the European Convention of Human Rights.

“He threatened to do what Talaat did,” Keskin told Al-Monitor. “Ozdag made a death threat toward Garo Paylan. That threat was an extension of the genocide.”

Keskin added, “Our main expectation is to take this complaint to international platforms. We did our duty by filing this complaint in order to make sure such genocidal remarks do not go unpunished.”

Paylan also filed a criminal complaint Wednesday alleging Ozdag committed the crimes of "incitement to commit a crime," "incitement to public hatred and enmity," and "insult and threat."

The developments come after Paylan submitted a law proposal to the Turkish parliament last week for the recognition of the Armenian genocide. The Turkish government rejects definitions of the 1915 mass killings as genocide, with most lawmakers arguing Armenian casualties were part of a greater World War I era conflict, in contradiction to conclusions reached by most historians.

On Wednesday, the Turkish parliament approved a declaration condemning and rejecting Biden’s genocide remarks with support from most opposition parties, though the HDP voted against it as a party known to focus on minority rights in Turkey.

In the fallout from Biden’s genocide recognition, Turkish President Recep Tayyip Erdogan said Monday his US counterpart’s remarks were “baseless, unjust and untrue.” While some Turkey analysts told Al-Monitor they did not expect harsh responses beyond rhetorical statements regarding Biden’s declaration, many Turkish politicians condemned the move and called for more action from leaders in Ankara.

In addition, IYI Party Chair Meral Aksener criticized Erdogan Wednesday for not taking a harsher stance against the United States.

“The Turkish nation is waiting for a step from you,” Aksener said, going on to suggest Ankara should restrict US access to air force bases used to launch operations in the region.

Meanwhile, groups and organizations that made statements sympathizing with Armenians or supporting Biden’s remarks have faced backlash in Turkey. Among several cases, Turkish prosecutors launched an investigation Monday into the Diyarbakir Bar Association over its statements made on Armenian Genocide Remembrance Day.

“The Turkish republic's official ideology is based on the denial of the genocide, and the legal system has been designed accordingly,” Keskin told Al-Monitor.