Intel: Biden vows to back Armenian genocide resolution as president

Former Vice President Joe Biden marked Armenian Genocide Remembrance Day on Friday with a pledge to back a resolution recognizing the Ottoman Empire’s massacre of more than 1 million mostly Christian Armenians as a genocide. 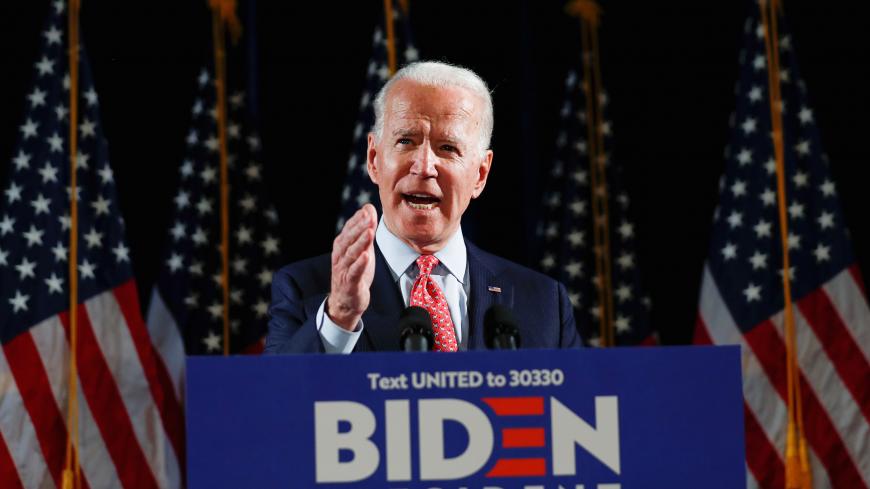 Former Vice President Joe Biden marked Armenian Genocide Remembrance Day on Friday with a pledge to back a resolution recognizing the Ottoman Empire’s massacre of more than 1 million mostly Christian Armenians as a genocide.

Biden’s announcement sets up a direct contrast with the Donald Trump administration, which has upheld decades of bipartisan tradition by refusing to label the massacre a genocide for fear of infuriating NATO ally Turkey. But as US-Turkish relations deteriorate, both chambers of Congress officially recognized the genocide for the first time last year.

“During my years in the Senate, I was proud to lead efforts to recognize the genocide against the Armenian people,” Biden said in a statement. “Last year, I was pleased to endorse bipartisan legislation in the House and Senate that officially recognized and established an ongoing US commemoration of the Armenian genocide. If elected, I pledge to support a resolution recognizing the Armenian genocide and will make universal human rights a top priority for my administration.”

Why it matters: Turkey’s offensive against the Syrian Kurds last year opened up a floodgate of legislation targeting Ankara on Capitol Hill. In previous years, congressional leaders had bowed to the State Department’s objections and refrained from putting the Armenian genocide resolutions on the floor. Turkey’s warnings against passing the resolution fell on deaf ears, and the House passed its legislation 405-11 in October.

The White House then spent several weeks mustering its Republican allies to block the same resolution in the Senate but eventually ran out of lawmakers willing to take the political hit for Turkey. After the resolution unanimously passed the Senate, the State Department issued a terse statement distancing itself from the legislation, reiterating that the Trump administration still does not view the 1915 massacre as a genocide.

What’s next: It remains to be seen whether — and how — Biden will attempt to salvage US-Turkish relations if he becomes president. An official recognition of the genocide from the White House could complicate that. That said, there’s a long history of presidential candidates vowing to recognize the genocide then failing to do so once in office. Former President Barack Obama, for instance, made a similar pledge during his 2008 campaign but never actually recognized the genocide as president.

Know more: Check out Congressional Correspondent Bryant Harris’ profile of Joe Biden’s foreign policy advisers. And for more on Congress recognizing the Armenian genocide, brush up on his coverage from last year.