It's unclear if talk of Turkey pulling out the 1936 maritime treaty will be followed by any action, but the discussion should not be taken lightly. 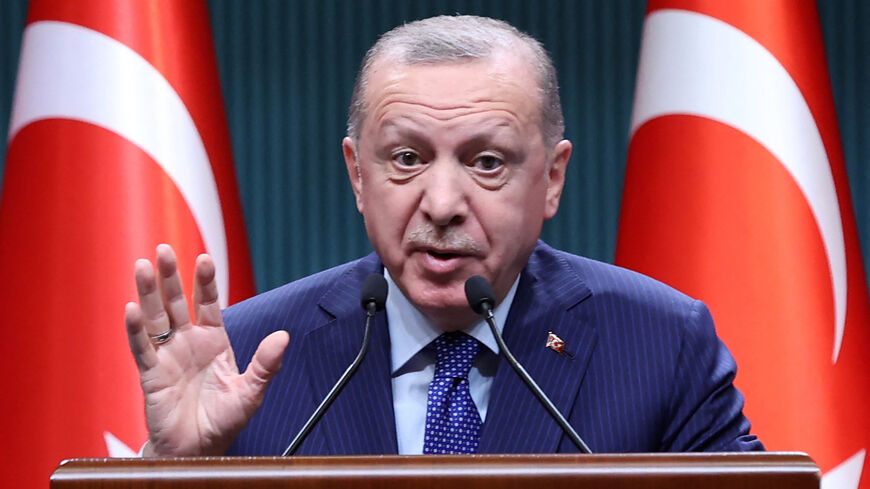 The furor raging around an April 4 statement issued by 104 retired Turkish admirals warning of the perils of Turkey’s withdrawal from a landmark maritime treaty shows no signs of abating, as Turkey’s ruling Islamist-Ultranationalist alliance continues to paint the affair as an attempted coup. Some 910 associations, 408 foundations, 27 universities, 114 professional chambers, 550 unions and 46 federations, presumably all pro-government, have filed criminal complaints against the former naval commanders.

Ten of the signatories of the open letter airing concerns over Turkey’s possible withdrawal from the 1936 Montreux Convention, which granted Turkey full sovereignty over the Bosporus and Dardanelles, remain in custody, as prosecutors investigate their possible links to “foreign powers.” The retired admirals are facing charges of conspiracy to commit “a crime against the security and constitutional order of the Turkish state.” They have already been stripped of their pension rights, free lodging and security detail.

Turkey’s Defense Minister Hulusi Akar, a former chief of general staff who was targeted by the perpetrators of the failed 2016 coup, told a group of Turkish journalists, “Prosecutors will uncover the mechanism, who drafted the initial text, how it was circulated, who was behind it. Whatever the price, they will pay for it.”

Turkish President Recep Tayyip Erdogan upped the ante April 7 in an address to lawmakers from his ruling Justice and Development Party (AKP), saying that the main opposition Republican People’s Party (CHP) was the mastermind of the alleged plot. “Sadly, the retired generals are taking their orders from their commander in chief, [CHP president Kemal] Kilicdaroglu,” he said, suggesting that Kilicdaroglu had supported the failed putsch attempt, without offering proof for either claim. His comments spurred fresh speculation that prosecutors, having initiated legal proceedings to ban the pro-Kurdish Peoples’ Democratic Party, would be training their guns on the CHP.

Government critics acknowledge that the timing and tone of the statement were less than judicious. It echoed the wording of the threatening memorandums issued by Turkey’s generals when they still held sway. This in turn has allowed Erdogan to seize back the moral high ground at a time when the government is faced with mounting public discontent over rising inflation, joblessness and its handling of the COVID-19 virus. The number of people testing COVID-19 positive has ballooned in recent days, with some 54,700 new cases recorded on April 7, the highest daily count since the start of the pandemic.

However, many argue that the retired admirals were, as ordinary civilians, exercising their right to free speech and that however clumsily articulated, their worries about opening the Montreux Convention to debate are well-founded.

The controversy erupted when parliament speaker Mustafa Sentop, who is an AKP deputy, claimed during a late March appearance on the pro-government Haberturk news channel that Erdogan had the authority to withdraw from the Montreux Convention. His off-the-cuff response to a presenter’s query was immediately seized upon by critics as proof of Erdogan’s broader agenda to tear up existing treaties signed by the founder of modern Turkey, Kemal Ataturk, and to unravel his pro-Western, secular legacy. Sentop has since walked back the remarks, and Erdogan said he had no immediate plans to pull out of the Montreux Convention. But this has done little to reassure those who believe Turkey is steadily moving away from the West.

Since cementing his grip by switching Turkey’s parliamentary system to an all-powerful presidency in 2017, Erdogan has been aggressively reshaping the country to fit his own Islamic nationalist worldview. Erdogan has a track record of doing everything he says he will, especially when faced with resistance from the secularists. He’s converted the iconic Hagia Sophia cathedral into a full-service mosque and withdrawn from the Istanbul Convention to combat violence against women.

As a result, his recurrent swipes at the 1923 Lausanne Treaty, which outlined the borders of modern Turkey, ought not be taken too lightly. “They are trying to dupe us into believing that Lausanne was a victory,” he said in a 2016 speech as he groused of its “failure” to resolve various territorial disputes with Turkey’s neighbors. Set against Turkey’s recent occupation of large chunks of northern Syria and its muscle-flexing in the eastern Mediterranean, might Erdogan be planning to reclaim Mosul, the oil-rich former Ottoman province in Iraq, whose status Ataturk left unresolved at Lausanne?

That may be a bit of a stretch, even by Erdogan’s standards. Secularists ascribe the barbs to Erdogan’s “Ataturk envy,” his obsession with outshining Turkey’s national hero, a ruthless visionary who rebuilt the country from the ashes of the Ottoman Empire. Converting churches to mosques is one thing, yet abrogating international treaties is another, diplomats warn. “Opening the Montreux Convention for discussion, and that is what has happened, was a big mistake,” said Mithat Rende, a former Turkish ambassador and an expert on international maritime law, in an interview with Al-Monitor. “The Montreux Convention is one of the greatest diplomatic victories ever to be secured in modern Turkish history. It would be near impossible to renegotiate on terms as favorable to Turkey, if at all,” he said. “Worse, in the absence of consensus, the United Nations Convention on the Law of the Sea would kick in, and Turkey is not a signatory,” Rende added.

The Montreux Convention, a complex document setting out the rules of naval traffic from the Black Sea to the Sea of Marmara via the Bosporus and the Dardanelles, grants Turkey full sovereignty over the waterways while guaranteeing the free passage of commercial vessels in peacetime. Additionally, it restricts the passage of naval ships belonging to countries that do not border the Black Sea, a condition that was meant to assuage Russian fears of a Western attack.

“Montreux was negotiated as Hitler’s shadow loomed ever larger. It struck what seemed a near-impossible balance, neither alienating Russia nor the Allied powers while securing maximum gains for Turkey,” said Onur Isci, a historian who heads the Center for Russian Studies at Ankara’s Bilkent University. Together with France’s acquiescence to the annexation of Hatay by Turkey in 1939, the Montreux Convention ticked the most critical boxes that Lausanne left unchecked,” Isci told Al-Monitor. “Abrogating Montreux would be yet another foreign policy fiasco. It would do nothing to serve the national interest.”

However, the storm swirling around Montreux may give Erdogan political cover for his determined drive to build a 45-kilometer-long (28-mile-long) canal on the edge of Istanbul that would replicate the Bosporus Straits. Opponents of the project, including Istanbul’s CHP Mayor Ekrem Imamoglu, say the multibillion-dollar scheme is a white elephant intended to enrich the president’s inner circle of business cronies. Conservationists say the human-made canal will wreak environmental havoc and imperil Istanbul by effectively transforming its European side into an island trapping millions of inhabitants when an earthquake strikes.

The government insists that the canal will ease shipping traffic on the Bosporus and reduce the risk of accidents that have seen super tankers smash into the historical waterfront mansions dotting its shores.

Rende said it's highly unlikely that commercial vessels would agree to use the canal when they can go through the Straits for free. “As such, it’s doubtful that it will yield meaningful income,” he said. Should the government, in certain circumstances, insist that commercial vessels do use the new canal, “They will then ask, ‘How does this fit with the Montreux Convention?’”

The notion that Turkey could use the canal to curry favor with a given country by offering preferential treatment through the canal, either for commercial or naval vessels, is also nonsensical, Rende added, as they would still need to exit and enter through the Dardanelles, which is governed by Montreux.