We have to hope Ankara has developed contingency plans for the potential political, economic, environmental and especially geostrategic consequences of the Canal Istanbul project. 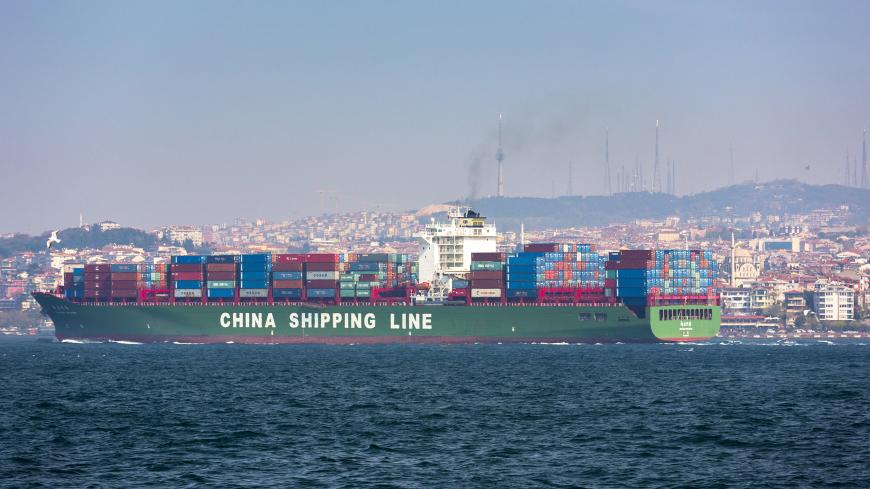 Preliminary boring and excavation have begun on Canal Istanbul, something Turkish President Recep Tayyip Erdogan has described as one of his “crazy projects." Opponents agree with that assessment.

The massive project will connect the Sea of Marmara and the Black Sea, which the Bosporus Strait already does. But the new canal is designed to alleviate congestion in the strait. The waterway is expected to cost $17 billion, though some estimates run much higher. The channel will measure around 45 kilometers (28 miles) in length and 150 meters (490 feet) in width, and will run between Istanbul’s Arnavutkoy-Avcilar districts. Boring began Jan. 9.

Ankara seems determined to execute the project, which will include two container ports to be constructed at both ends of the canal. The Black Sea port will be 4.8 kilometers long with a logistics compound of some 3,706 acres. The project will be integrated with Istanbul's third airport, currently under construction, which the government says will be the world's largest. Two yacht marinas will be built — one for 200 boats at Kucukcekmece Lake and one for 860 boats at Sazlidere. Government officials say the project will be completed in five years and will have an economic life of 100 years.

Turkey says the project is an unavoidable necessity to reduce shipping traffic through the Bosporus. Commercial and military naval traffic pass through Turkey’s Dardanelles and Istanbul’s Bosporus in conformity with the 1936 Montreux Convention, which was designed to regulate traffic according to norms of “freedom of seas” principles and demands of that period. When that convention was signed, annual traffic through the Bosporus was 3,000 vessels.

Naval expert Devrim Yaylali told Al-Monitor that in 2016 some 42,553 commercial vessels and 343 foreign military vessels sailed through the strait. Of the latter, 254 (74%) were naval vessels of the Russian Federation, which were usually running shuttle services to support Russian operations in Syria by ferrying military vehicles, equipment and supplies. From this volume of military traffic, it's evident that Russia depends on this route to support its Syrian operations.

The question to ponder then is whether this project will cast aside the Montreux Convention. Serhat Guvenc, an academic at Turkey’s Kadir Has University who is one of the top Turkish experts on naval geopolitics, said the type of sovereign rights recognized by the Montreux Convention regarding Turkey do not exist in other narrow straits of the world.

“For two reasons, you can erase the clauses of the Montreux Convention or minimize their effects. The first reason is geographic. As all the ships that pass through the Dardanelles will be subject to all the restrictions of the Montreux Convention, it doesn’t make sense to treat the proposed canal as being outside the Montreux. The other reason is that the stipulations of the convention cannot be discarded … by opening another parallel watercourse,” Guvenc told Al-Monitor.

The United States and China are inclined to erode the Montreux Convention by claiming it restricts freedom of navigation and denies free access to the Black Sea. But even if Black Sea coastal countries such as Romania and Bulgaria support the US position, the new canal will also be subject to the convention — and it will be difficult for Turkey to limit navigation of commercial and military vessels through the canal, according to Guvenc.

Although not much is said about it, Ankara is delighted with the potential income from the canal. Ankara today charges a minimal fee for piloting and navigation services for commercial vessels. How can Turkey direct this traffic to the new canal, where it hopes to charge higher fees? Guvenc said, "Turkey makes ships wait for days at times because of bad weather and navigation safety. I think Turkey can make the new canal passages more attractive by speeding up their navigation and slowing down the existing strait passages."

But other countries are bound to react strongly to such a scheme. It could well be yet another sensitive diplomatic crisis between Turkey and the United States, China and Europe.

There are also stiff reactions from opponents to this “crazy project.” These objections focus on potential damage to the ecosystem of the Thrace — land west of Istanbul and geographically in Europe — with its well-known productive soil. The canal isn't designed only as a transportation project. It will rapidly open fertile agricultural lands west of Istanbul to urbanization. The project is also likely to damage Istanbul's water sources.

As Al-Monitor reported in October, environmentalists fear pollution from Black Sea states will flow eventually into the Mediterranean, and the project could change sea currents and water temperatures on both sides. Black Sea water flowing into the Sea of Marmara, which has greater salinity, could heavily damage sea life.

It's also hard to understand why there's been no discussion of the operation's probable effects on Turkey's security. The project has been discussed since 2011, but there have been no significant articles or research published on its security dimensions.

Once the project is complete, it will turn Istanbul's European side into an island. The Turkish military command will have to adopt an island concept in redesigning Istanbul’s defense plans. Moreover, the Turkish army will have to cross two watercourses to reach Thrace. Canal Istanbul will limit the army's room for maneuvering and seriously hamper its logistics flow and reinforcements if they're needed.

“I think Canal Istanbul will bring about a revolutionary change in Turkey’s geostrategic mindset," Guvenc said. "We seem to have forgotten about the disastrous losses of the Ottoman army in Thrace. It seems Turkey today doesn’t expect a ground offensive from Bulgaria and Greece and that the defense of Thrace, therefore, is no longer a priority."

Another effect of Canal Istanbul on the defense of Thrace will be the need for the Turkish military to revise its army-based doctrine and adopt a naval-centric approach. Another question that has to be addressed is how an artificial island evacuates 9 million people in the event of natural disasters like earthquakes, floods or a nuclear attack.

There are three bridges over the Bosporus now, and two are planned over the canal. Ankara must certainly be working on plans for evacuation and transporting reinforcements and assistance to the island. But is it working hard enough and spending enough time thinking about the geostrategic consequences of this "crazy project"?