The Turkish Central Bank said cryptocurrencies like Bitcoin are too risky and forbade their use in the country. 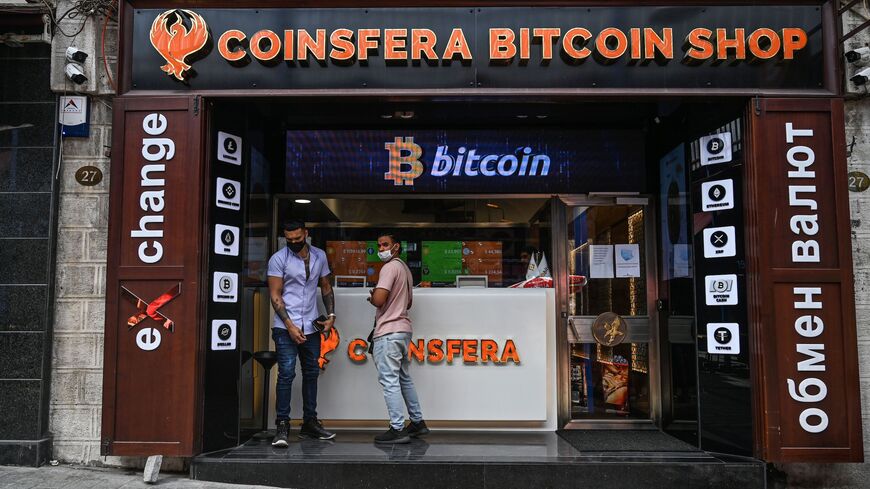 People stand in front of a "Bitcoin Change" shop near the Grand Bazaar on Sept. 24, 2020, in Istanbul. - OZAN KOSE/AFP via Getty Images

The Turkish government banned the use of cryptocurrencies today.

Cryptocurrency refers to digital currency that can be used to buy goods and services online. The value of cryptocurrencies fluctuates, and some investors speculate on them similarly to the stock market. Bitcoin is the most well-known example.

Turkey’s Central Bank said that “crypto assets” pose several risks to those who deal in them. They include a lack of regulation, markets that can be “excessively volatile,” potential use in illegal activities and lack of recourse. The Central Bank issued a “Regulation on the Disuse of Crypto Assets in Payments” in response.

The order means such currencies cannot be used directly or indirectly to pay for goods and services in Turkey. Bitcoin fell 4% today with the news. Turkey’s Bitcoin market has grown in recent months during the worldwide Bitcoin rally, according to Reuters.

Investors in other parts of the Middle East have also shown interest in cryptocurrencies. Many Egyptians have purchased cryptocurrencies as the country's economy struggles. Last month, the Egyptian Central Bank likewise cautioned people from dealing in the currencies.