While Russian Foreign Minister Sergey Lavrov discussed ways to salvage the 2015 nuclear deal in his visit to Tehran this week, the topics of Syria and Afghanistan also featured prominently on the agenda. 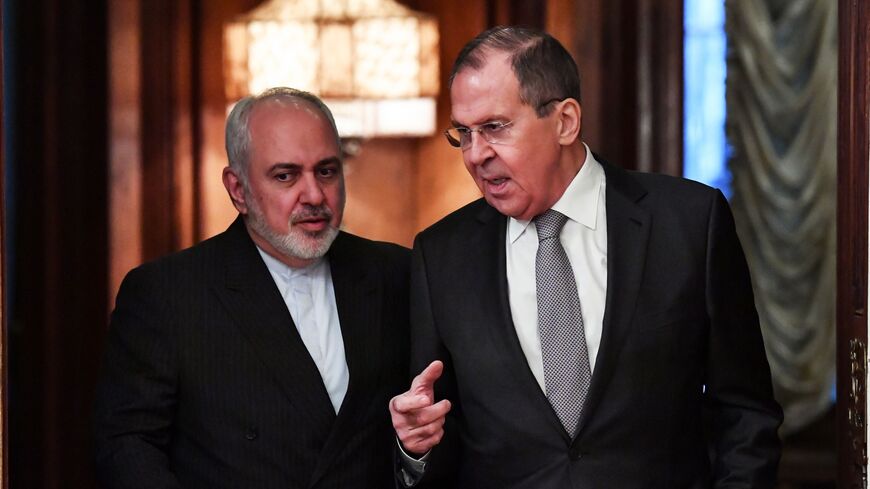 The key issue on the agenda of the meetings was the prospect of the return of Washington and Tehran to the Iran nuclear deal, known formally as the Joint Comprehensive Plan of Action (JCPOA).

Russia’s position on the JCPOA presupposes, first of all, the separation of nuclear issues from other topics, such as Iranian expansion in the region or Tehran’s missile program. Otherwise, the possibility of reaching a compromise is greatly reduced. A number of US lawmakers have advocated including these issues in the deal before a US reentry. Moscow also advocates a “synchronized approach” whereby Washington and Tehran must synchronize their concessions: The United States unfreezes Iranian assets and lifts sanctions, while Iran gradually returns to the terms of the deal.

“As you know, the path to preserving the deal lies solely through its consistent implementation by all parties involved in strict compliance with UN Security Council Resolution 2231. We hope that the JCPOA will be preserved, and Washington will finally return to full implementation of this Security Council resolution. This, in turn, will create preconditions for compliance with all requirements of the nuclear deal with Iran,” Lavrov said at a press conference following the talks in Tehran.

Zarif said, “Iran has no problem returning to the JCPOA,” but added that this will only happen if the previously imposed restrictions are lifted by the United States. “The Americans will not be able to get concessions through the sanctions. They should stop even thinking about it,” said the top Iranian diplomat.

At the same time, Russian and Iranian diplomats agreed that the European Union's plans to impose new sanctions against Iran constitute "sabotage" of the path to return to the JCPOA. On April 12, the EU extended sanctions imposed on Iran for human rights violations and also expanded the sanctions list, adding eight Iranian individuals and three companies. The Russian minister called these actions unacceptable and expressed hope that the EU would not allow the breakdown of the Vienna talks with Iran.

The Russian initiative to ensure security in the Persian Gulf zone was also discussed in Tehran. Lavrov made it clear to the Iranian side that Russia and Iran could work together on this project instead of coming up with individual plans. In this context, Lavrov noted that the Russian initiative is in many ways similar to the Hormuz Peace Initiative proposed by Tehran.

The talks also touched upon the topic of Afghanistan, which is becoming more and more relevant given the US plans to withdraw its troops from the country by Sept. 11. Moscow and Tehran understand that in the event of a US withdrawal, they will most likely be forced to engage much deeper in the Afghan problem and prevent the conflict from escalating. At the same time, the positions of the Russian Federation and Iran on Afghanistan coincide in many respects. This applies, for example, to contacts with the Afghan Taliban movement. Moscow and Tehran would like to turn that movement into a legal actor in the Afghan settlement process and pursue their interests in this Central Asian country through the group.

Russia and Iran have been in contact with the Taliban for several years. At the same time, officials in Moscow and Tehran have repeatedly stated that their relationship with the Taliban does not include providing political or military support to this terrorist group. Yet the Americans accuse both Russia and Iran of supplying the Taliban with weapons. A New York Times investigation published last year outlined how Russia built the channel to supply arms and military equipment to the Taliban. On the whole, one should expect further coordination of the efforts of Moscow and Tehran in the Afghan direction, including in terms of their interaction with the Taliban movement.

During Lavrov's contacts with the Iranians, the Syrian issue also was a prominent topic of discussion.

On Syria, there is still mutual understanding between Iran and Russia and both states are ready to continue to support the regime in Damascus, as well as continue to work within the framework of the so-called Astana Troika. The latter refers to Moscow, Ankara and Tehran, who began talks in the Kazakh capital in 2017 aimed at making progress on a political solution to the war. Yet if we move away from official statements, the relationship between Moscow and Tehran on the Syrian track can be characterized as a division of spheres of influence and competencies. There are disputed regions where competition between Russia and Iran continues, for example in Deraa and Quneitra in the southwest. There, the Russian military is trying to prevent an excessive presence of pro-Iranian groups on the borders with Israel by preserving the forces of the so-called “reconciled opposition” (opposition groups that have reached reconciliation agreements with Damascus), including operating under the flag of the pro-Russian 5th Corps of the Syrian army.

In a similar way, the situation is developing in the eastern city of Deir ez-Zor, which is increasingly becoming the target of attacks by Israeli jets due to the entrenched pro-Iranian formations in this region. Russia here is also trying to draw "red lines" in front of the Iranians, not allowing their control to expand to new areas while trying to work with local Arab tribes and the pro-Damascus National Defense Forces to this end. In particular, Russia is going to deploy a new military facility in Deir ez-Zor to strengthen support for the 5th Corps and the National Defense Forces operating autonomously from Damascus and Iran, while at the same time trying to expand the composition of the National Defense Forces in Hasakah at the expense of local tribes.

Thus, Moscow likely understands the "toxicity" of the Iranian presence in Syria and adequately assess the threats that also come to Russian servicemen who may accidentally find themselves under American or Israeli strikes aimed at Iranian structures in the war-torn country. Nevertheless, Russia's influence on Damascus is not enough to minimize Iran's role in Syrian affairs. The Assad regime is a fairly independent player, which skillfully uses both Moscow and Tehran to preserve itself. But in general, and especially in terms of the economy, Iran's positions in Syria are much stronger than Russia’s. Iran's financial investments in the country are many times higher than Russian ones, and Tehran intends to at least partially compensate for them and therefore is trying to stake out the most profitable sectors of the Syrian economy, where access for Russian companies is difficult.

The topic of military-technical cooperation between Iran and Russia was not a priority at the current stage of the negotiations. At the same time, it should be noted that consultations on possible deliveries of Russian arms to Iran continue against the background of the lifting of arms sanctions on Tehran, and there are certain disagreements between the Russian Federation and Iran in this regard. For example, Iran would like to buy from Russia modern offensive weapons which are in acute shortage, such as Su-35 or Su-30 combat aircraft, or the latest types of air defense systems such as the S-400. At the same time, Russia is trying to avoid a negative reaction from Israel or the Arab countries of the Persian Gulf and is ready to offer Iran only new batches of Tor, Buk or Pantsir anti-aircraft missile systems and armored vehicles.

Lavrov and his Iranian partners also touched on the topic of COVID-19. Here Russia and Iran have established effective cooperation: Tehran has already received more than 500,000 doses of the Russian Sputnik V vaccine.

“We thank Russia for its help in providing Iran with vaccines. We hope that soon the production of Sputnik V will begin in the Islamic Republic,” Zarif said.