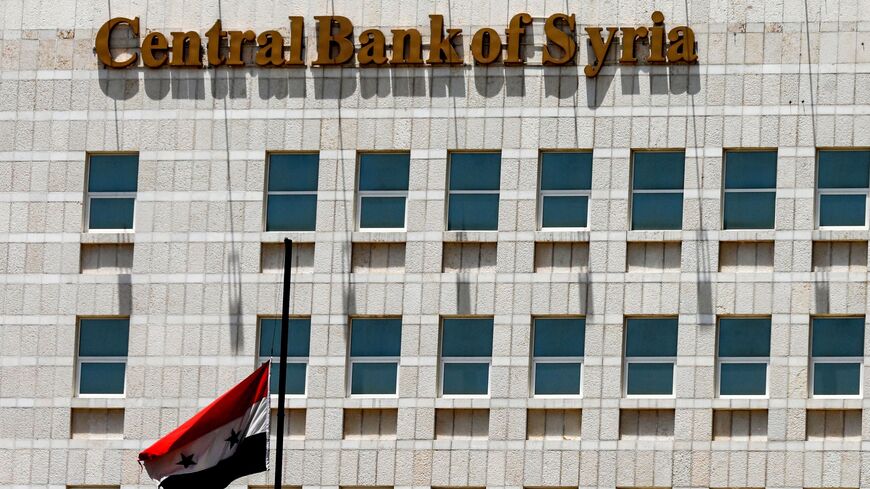 The Central Bank of Syria in Damascus' Sabaa Bahrat Square is seen on June 17, 2020. - LOUAI BESHARA/AFP via Getty Images

Syrian state-run media did not offer reasons for the dismissal, but it comes as the country’s currency continues to collapse amid US and international sanctions and an economic crisis in neighboring Lebanon.

The Syrian pound stood at some 3,300 to the US dollar this week on the black market after hitting a low of 4,600 to the dollar last month, The Associated Press reported.  The official rate is 1,256 Syrian pounds to the dollar; the pound traded at 47 to the dollar when the Syrian conflict began 10 years ago.

Syrian authorities have clamped down on foreign currency hoarding and limited withdrawals from citizens’ bank accounts to a maximum of 2 million pounds ($570) in recent weeks to stem the descent.

The US administration of President Donald Trump ramped up US economic pressure on the Assad regime, conditioning relief on the withdrawal of Iranian forces from Syria and on Damascus’ compliance with the United Nations’ call for free and fair elections.

The Associated Press reports that Syrians across areas of the country controlled by the government have lined up for miles seeking gasoline and bread for their families in what critics have said is a policy that punishes the war-torn country’s population rather than its leader, who has waged a decade-long war against a popular uprising.

Former administration officials have lauded the sanctions’ effects on Syria’s economy and speculated that they contributed to Assad’s moves against regime insider and business tycoon Rami Makhlouf last year.

The Biden administration is reported to be reviewing its Syria’s policy as it seeks negotiations with Iran over its nuclear program. Current US officials have said additional negotiations over Iran's influence campaign in the region, such as in Iraq, Yemen and Syria, must follow the talks.

Iran has not agreed to negotiate on its support for regional clients such as Assad.