The last central bank governor was fired as the Syrian pound remains at historic low points against the US dollar. 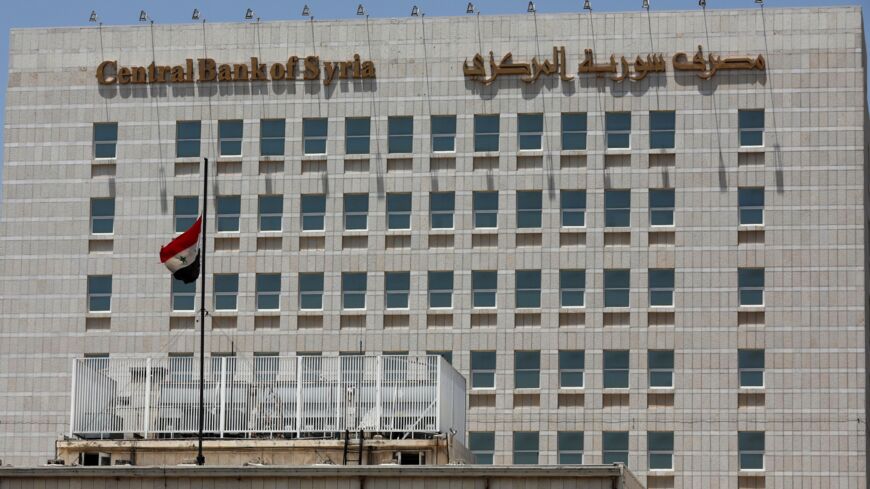 This picture taken on June 17, 2020, shows a view of the facade of the central bank of Syria in the capital Damascus' Sabaa Bahrat Square. - LOUAI BESHARA/AFP via Getty Images

Assad fired the previous bank head, Hazem Karfoul, last week. State media did not report a reason at the time. The move came as Syria’s economy continues to reel due to the civil war and US sanctions. The black market exchange value of the Syrian pound fell to a low of 4,600 pounds to the US dollar in March. It recovered to 3,300 pounds to the dollar last week. Before the war, the value was 47 pounds to the dollar.

The pound went up on the black market to 2,990 pounds to the dollar on April 18, which was the highest value since December. The jump followed the government raising the official rate to 2,512 to the dollar from 1,256, which brought the two competing rates closer together. The currency’s plunge has hurt the economy by increasing inflation, making it harder to buy necessities, according to Reuters.

Neighboring Lebanon’s economic collapse and a lack of a rebuild from the war have further hurt the economy, and sanctions on Iran have contributed to Syria’s fuel crisis, according to the private intelligence firm Stratfor.

Hazima is a member of Syria’s securities commission and was educated in France, Reuters reported.