Suicide on rise among young people in northwest Syria

The organization says children account for nearly one in five recorded suicide attempts and deaths in northwestern Syria. 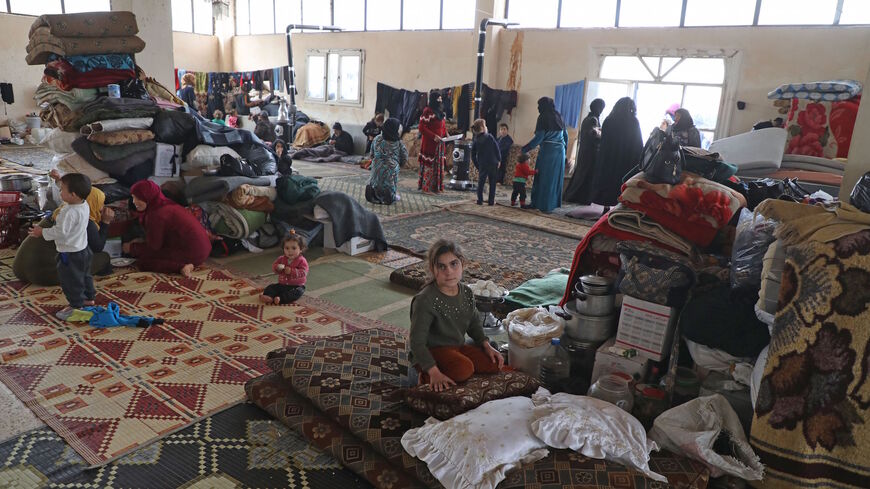 Syrians sit inside a prayer hall of a cemetery where displaced families took refuge in the town of Sarmada in Syria's northwestern Idlib province, on Feb. 23, 2020. - AAREF WATAD/AFP via Getty Images

Children account for nearly one in five recorded suicide attempts and deaths in northwest Syria, Save The Children said on Thursday.

The UK-based charity documented a total of 246 suicides and 1,748 attempts during 2020. Among those who attempted suicide, 18% were between the ages of 16 and 20. Last week, partner organizations working with Save The Children confirmed that a 14-year-old boy committed suicide in a displacement camp in Hama.

The spike in suicides comes as the region faces an unprecedented economic crisis that’s left 12.4 million Syrians food insecure, the United Nations estimates. In addition to the stress caused by food and fuel shortages, Save The Children notes that the region’s war-torn communities are also suffering from high rates of domestic violence, child marriage, broken relationships and bullying.

“This is a desperately alarming situation,” Sonia Khush, the organization’s Syria response director, said in a statement. “After ten years of conflict, we are now seeing children resorting to taking their own lives.”

“It is incredibly sad that children are reaching a point where they see no other way out from a life where they cannot get an education, enough food or adequate shelter,” Khush said. "This is a very serious problem that adds to the many challenges that Syria’s population has been living with for over ten years.”

Hundreds of thousands of civilians living in northwest Syria fled their homes during the Syrian government’s offensive on Idlib last year and sought refuge in overcrowded displacement camps and informal settlements along the sealed Turkish border. Save The Children said a majority of the recorded suicides, 187, were among people who are displaced from their homes.

The organization called on the international community to increase support for mental health programming in Syria, including support for survivors of suicide and domestic violence.