The Lebanese Foreign Ministry called on authorities to do more to stop smuggling in response. 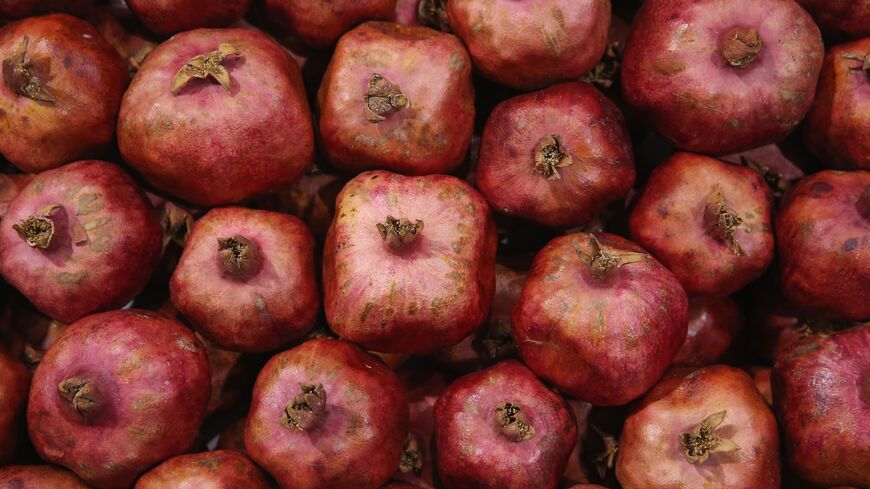 Pomegranates from Azerbaijan lie on display at a stand at the International Green Week agricultural trade fair on Jan. 16, 2015, in Berlin, Germany. Saudi officials say amphetamines were found in a shipment of pomegranates from Lebanon and have banned the import of fruits and vegetables from the country. - Sean Gallup/Getty Images

The Saudi government announced a ban on Lebanese fruit and vegetable imports Friday because of drug smuggling.

The Saudi Interior Ministry said produce from Lebanon can neither enter nor transit through the kingdom starting April 25 until “the relevant Lebanese authorities provide sufficient and reliable guarantees to take the necessary measures to stop the systematic smuggling operations targeting the Kingdom, from Lebanon or passing through Lebanese territories, using Lebanese products to smuggle drugs into the Kingdom's territory,” the official Saudi Press Agency reported.

The ministry added that drug smuggling has “increased” into Saudi Arabia from Lebanon and mentioned a “failure” on the part of Lebanon to stop it.

The Lebanese Foreign Ministry released a statement of its own, calling on authorities to crack down on the smuggling, pleading with them to “overcome this scourge and prevent harm to innocent citizens, farmers, industrialists and the Lebanese economy,” the official National News Agency reported.

The ministry said the smuggling occurs in trucks and containers carrying fruits and vegetables.

The drug smuggling comes at a time of economic crisis in Lebanon. This week, Agence France-Presse reported that some farmers have switched to growing cannabis that is then converted to hashish to make a living. The drug trade is not new in Lebanon, however.