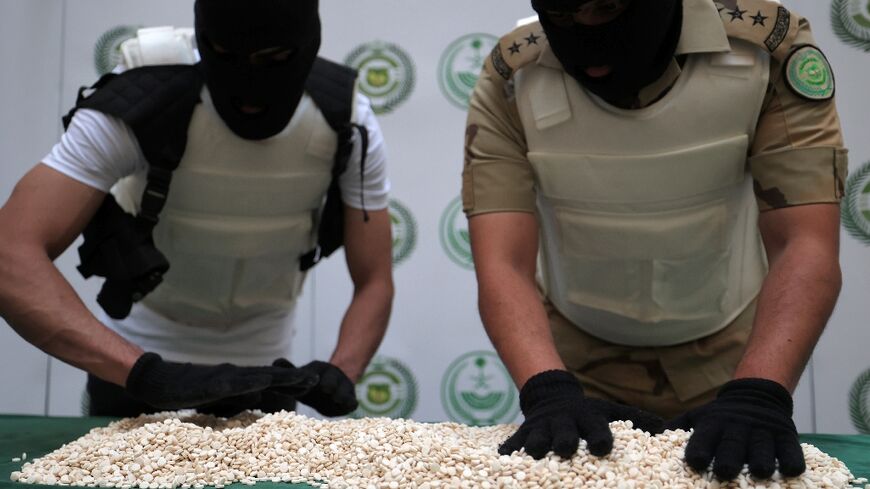 Officers with the Directorate of Narcotics Control of Saudi Arabia's Interior Ministry sort through tablets of Captagon seized during a special operation and shown to AFP afterwards in the Red Sea coastal city of Jeddah - Fayez Nureldine
by Rania SANJAR
March 2, 2022 — Jeddah (Saudi Arabia) (AFP)

On a table covered in a green sheet, two Saudi officers pour out thousands of white amphetamine pills they have just seized from a neighbourhood in the kingdom's Red Sea city of Jeddah.

The operation -- during which AFP was requested to turn off its cameras for security reasons -- was part of the country's efforts to crack down on dealers and smugglers of the amphetamine-type stimulant.

He accused the "Hezbollah terrorist militia" of being "the main source smuggling them and manufacturing them." The Lebanese Shiite militant group, which is backed by Iran, denies such accusations.

According to the UN Office on Drugs and Crime, Captagon has been manufactured mostly in Lebanon and Syria, where it fuelled jihadist fighters. Much of it is bound for Saudi Arabia.

The country of 35 million, more than half of whom are under the age of 35, is witnessing unprecedented social change and has long suffered from drugs.

According to an AFP count, more than 25 million Captagon pills have been seized across the region since the start of the year.

"There have been different smuggling methods, including in fruits and vegetables, tyres, rocks, building materials and furniture," al-Nujaidi said.

Last April, the Saudi government suspended fruits and vegetables from Lebanon after the seizure of more than five million Captagon pills hidden in fruit -- one in a series of smuggling attempts foiled last year by the Saudi authorities. 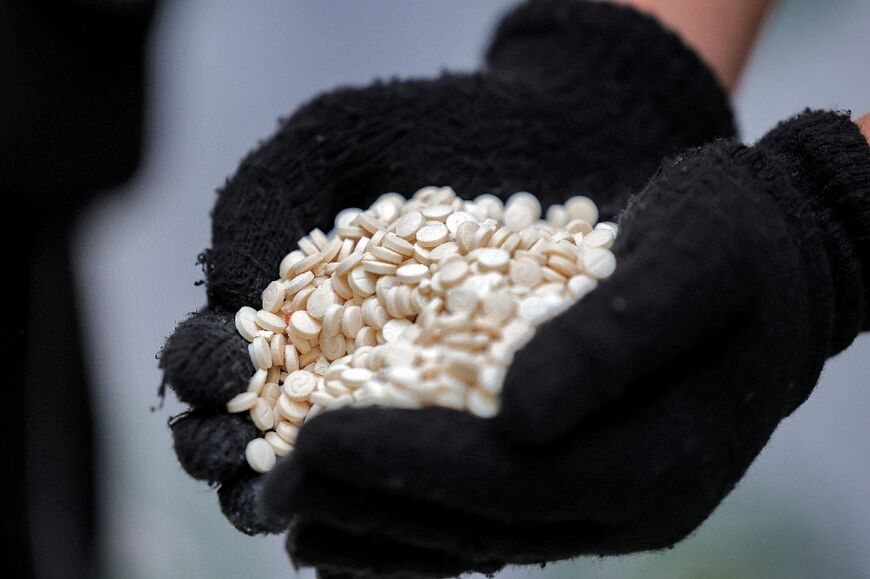 "It came at the right time," said the Saudi official, adding that the country seized more Captagon pills in the first quarter of last year than it did in all of 2019 and 2020.

Lebanon is often criticised by Gulf countries for not cooperating in the war against drugs, particularly Captagon.

Beirut is embroiled in its worst ever economic crisis and is keen to mend ties with the kingdom and other Gulf nations, who have repeatedly voiced concern over Iran's growing influence.

In January, Lebanon said it intercepted a large quantity of Captagon hidden in a tea shipment bound for Saudi Arabia, which the UN Office on Drugs and Crime says from 2015-2019 reported the most amphetamine seizures in the Middle East/Southwest Asia region.

Shayaa al-Moussa, a customs agent at the Jeddah port, said that all shipments arriving in the kingdom are scanned via X-ray.

"And, in case of suspicion, the containers are transferred to be searched manually," he said.