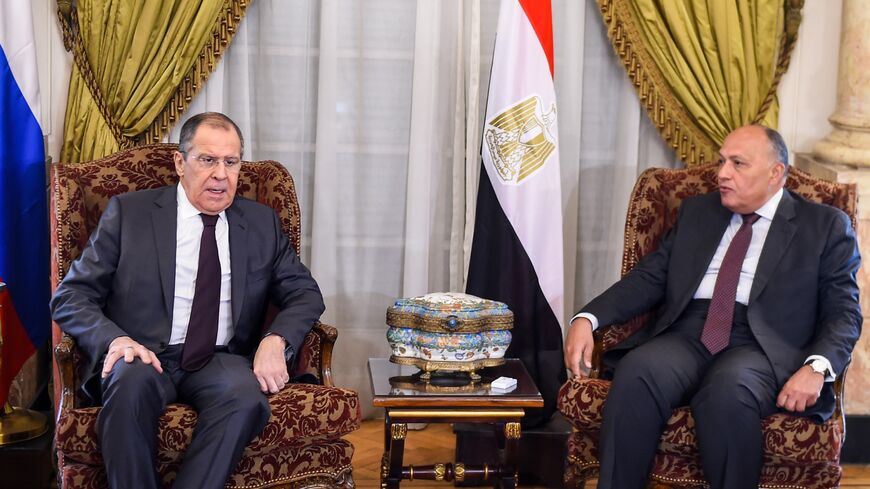 Among the topics of discussion was the El-Dabaa nuclear power plant being built by a Russian firm northwest of Alexandria and a nearly $7 billion Russian industrial zone in Port Said near the Suez Canal.

During a press conference Monday following their meeting, Lavrov and Shoukry said they also discussed the civil war in Syria, where Russia has supported President Bashar al-Assad and pushed for countries to reestablish ties Damascus after a decade of civil war. Egypt recently joined the United Arab Emirates in questioning Syria’s 2011 expulsion from the Arab league.

Shoukry in the press conference suggested Cairo is seeking Russia’s support in Egypt’s dispute with Ethiopia over the Grand Ethiopian Renaissance Dam.

The Egyptian foreign minister said his government relies on Russia “to push parties to refrain from unilateral actions,” in likely reference to the Ethiopian government’s promise to fill the dam’s reservoir for a second time before July without coming to agreement with downstream countries Egypt and Sudan.

The latest round of talks over the dam fell through last week as Egypt ramped up pressure on Addis Ababa with a military show of force. Egyptian officials blamed Addis Ababa for refusing outside mediation.

Lavrov on Monday said his government had not been asked to mediate the talks, but said he supported a settlement led by the African Union to the crisis.

Sisi also discussed military and security ties with Lavrov, according to a statement by Sisi’s office.

Russia has made significant inroads into supplying Egypt with military arms, moving forward a deal to transfer some two dozen Su-35 fighter aircraft to Cairo despite the threat of economic sanctions from Washington.

Sisi’s 2013 coup and subsequent bloody crackdown on dissent led to a rift with the US administration of President Barack Obama, which suspended certain arms sales to Egypt until 2015.

Lavrov headed next to Tehran, where he has coordinated with Iran’s government over its ongoing negotiations with European Union countries over an eventual return to compliance with the 2015 nuclear agreement with the United States.