Protests by Jews and Arabs continue in Jerusalem

Both communities have attacked each other during violent protests in the holy city this week. 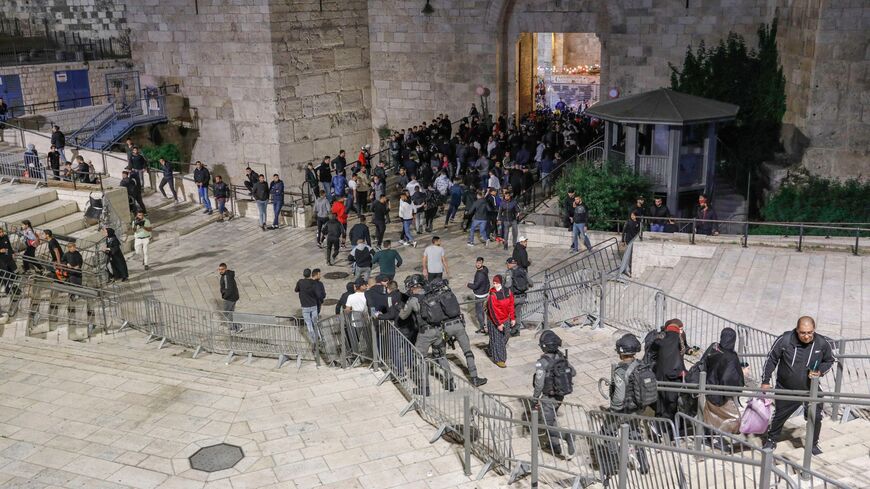 Members of Israeli security forces deploy amid clashes with Palestinian protesters in Jerusalem, on April 22, 2021. - AHMAD GHARABLI/AFP via Getty Images

At around 10 p.m., hundreds of Jews marched near the Old City chanting “Death to Arabs” in Hebrew, according to a video from Israel’s public broadcaster Kan. Some of the protesters acted violently, and an Israeli border police officer suffered a facial injury in the area, the outlet reported.

At the same time, Arab protesters in the area shot off fireworks and chanted “God is great” in Arabic, according to The Jerusalem Post.

There have been violent incidents in the disputed city over the past week. On Tuesday, a Palestinian teenager was arrested on suspicion of attacking two religious Jewish boys the week prior. The same day, Jews surrounded two Arabs in a car and cursed at them and pepper sprayed one of the passengers.

The current tensions began last week when Arabs in East Jerusalem clashed with Israeli police over virus-related restrictions at the Al-Aqsa Mosque during Ramadan.

There were also clashes between police and Ultra-Orthodox Jews in Jerusalem this week.