As Lebanon is sinking deeper into an unprecedented financial and political crisis, many medical doctors are increasingly packing their bags and leaving for the Gulf or Europe, and more recently for Iraq. 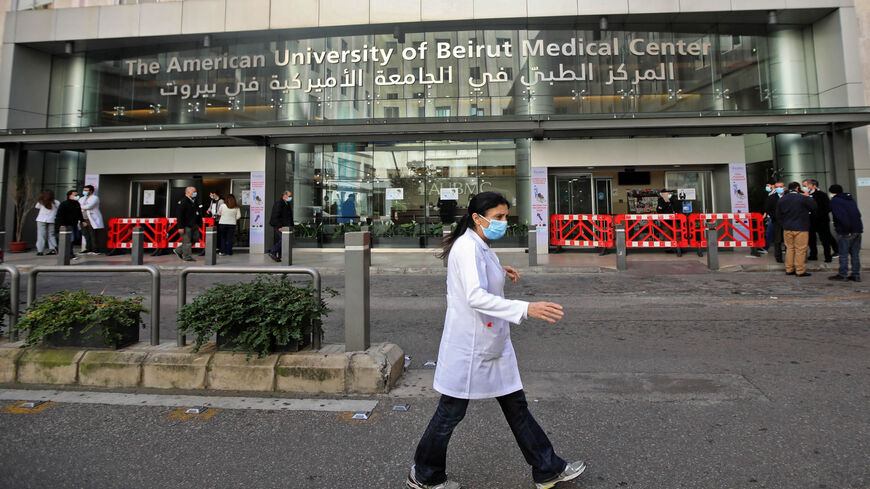 Karam Karam, a 49-year-old orthopedist from Lebanon, is considering leaving his country for Iraq to start his own medical center, despite the concerns he has over the situation there. Karam has been trying to get in contact with an Iraqi investor in a bid to make this transition and to get acquainted with the Iraqi environment.

Iraqi Council of Ministries voted early this year to provide Lebanon with a certain amount of oil in return of medical services from Lebanese public and private sectors. Lebanese prime minister is expected to visit Baghdad soon to discuss the details.

Some 1,000 Lebanese doctors have packed their bags and left the country over the past 10 months, whether for Europe or the Gulf countries. More recently, they have been opting for Iraq, according to Lebanese medical sources who spoke to Al-Monitor.

“The financial crisis is not the only reason behind the doctor’s brain drain, but also the political stalemate gripping the country and the fear of the unknown. Nothing bodes well so far in the country or encourages doctors to stay," Karam told Al-Monitor. “Many doctors are opting for Iraq for several reasons, mainly because of the similar social and cultural environment and because Iraqis welcome and encourage their presence."

Over the past few months, the emigration of doctors has been mainly to Iraq, Qatar, Saudi Arabia and Kuwait, in search of job opportunities amid the general state of collapse and worsening living conditions in Lebanon.

Iraq, which has also been grappling with economic, political and security crises and ongoing protests since October 2019, is seen as the second destination after the Gulf countries for Lebanese doctors who are greatly sought after by a large segment of Iraqi society.

Traditionally, Iraqi patients chose Lebanon as their first destination for medical treatment due to the geographical proximity between the two countries, despite the high medical bills in Beirut. This indicates that there is a great niche for Lebanese physicians in Iraq.

Al-Monitor spoke to four doctors who are preparing to leave for Iraq next month. Three of them are heading to Karbala governorate and one to Sulaimaniyah governorate in the Iraqi Kurdistan Region.

“A hospital in the Kurdistan Region has been established in collaboration with a Lebanese director, who has been working on bringing colleagues in. Already two doctors have joined him and more will follow,” a Lebanese doctor told Al-Monitor on condition of anonymity.

He said, “The value of our monthly salary has sharply declined in recent months [as the Lebanese national currency continues to take a nosedive against the dollar]. We have financial obligations, families to support and children to send to schools and universities. How can we go on like that?"

Looking at the emigration trend, one notices that doctors who are close to Hezbollah usually head to Iraq through the party-affiliated Hospital of the Great Prophet. They mainly land jobs at Al-Kafeel Hospital in Karbala, or in Erbil and Sulaimaniyah.

Some doctors do not want to permanently leave Lebanon, so they travel back and forth to Iraq. One doctor told Al-Monitor that he spends 10 days at a hospital in Karbala, where he treats patients and then goes back to Lebanon. “They earn some extra money and go back to Lebanon,” another doctor said.

In a March 19 press statement, Lebanon’s head of the Doctors Syndicate Sharaf Abu Sharaf, said that the emigration of doctors to the Gulf countries or Iraq is not seen as very problematic since they are likely to return. “But those who leave for the United States or Europe are not likely to return, which could have a catastrophic impact on the health sector. Many doctors are also considering leaving permanently with their families once schools are over,” he said.

Lebanese doctors complain about the decrease in fees charged for medical examinations and checkups in their country, which has reached unprecedently low levels. Most doctors do not receive more than $6 per patient, as opposed to $40 or more depending on the clinic's location prior to the financial crisis.

Working in Iraq in the area under the control of the Baghdad-based federal government, however, could prove challenging for many Lebanese doctors, unless they had help to kickstart their career there.

In fact, Iraqi Law No. 81 of 1984 stipulates that a member of the Doctors Syndicate has to be “an Iraqi citizen and hold an Iraqi medical degree or an equivalent thereof. The syndicate retains the right to accept the membership of Arab and foreign doctors who were not stripped of their right to practice in their home countries for abuse of their profession, and those whose countries reciprocate with Iraq; or those who have associated with one of the national or foreign organizations working in the country, provided that they practice their profession within the limits of their jobs and if the [foreign country] reciprocates with Iraq to this effect.”

Abdel Amir al-Shammari, former head of the Doctors Syndicate, told Al-Monitor, “The syndicate’s law makes it difficult for foreign doctors to work in Iraq. There are some procedures in relation to the work permit, practicing of the profession and obtaining the equivalent of the medical degree. This is in addition to other measures they must abide by to safeguard the rights of Iraqi patients in the event of medical errors or complications.”

He noted, “The Kurdistan Region has other laws, perhaps less strict. Previously Arab individuals were caught working as doctors in Iraq while they did not even hold any medical degrees.”

Shammari stressed that if he were “the head of the syndicate, he would have strictly enforced the law vis-a-vis foreign doctors, and reciprocated with the same measures as their countries deal with Iraqi doctors.”

When the Syrian war broke out in 2011, dozens of Syrian doctors and nurses poured into Iraq and worked in the southern provinces and the Kurdistan Region, where the Iraqi authorities turned a blind eye to their work permits given the dire conditions in Syria.

“But the authorities were strict in monitoring accountability to protect the people,” an Iraqi medical source told Al-Monitor on condition of anonymity.

The presence of Lebanese doctors in Iraq would create great competition, especially since many Iraqi patients may prefer them over local doctors, given the high prices of medical visits and the deterioration of services in government institutions.