It is now clear that Israel has been left on its own as the Americans strive for a diplomatic resolution of the conflict with Iran. 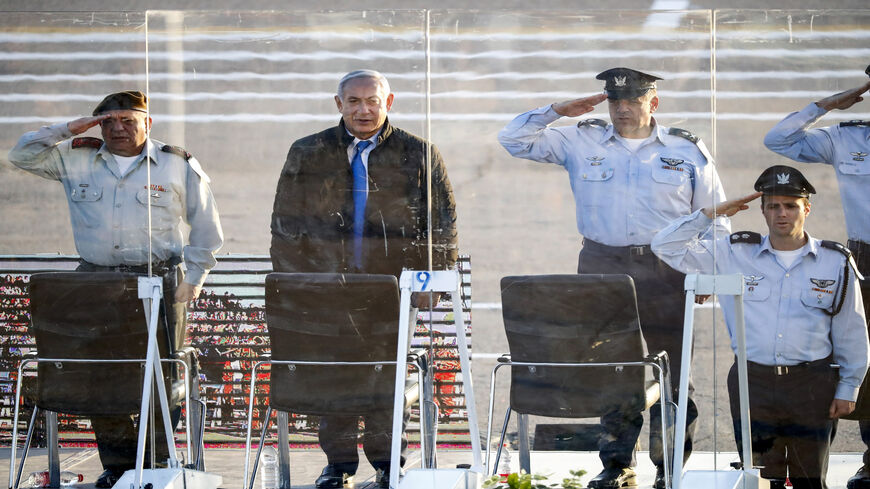 Lt. Gen. Gregory Guillot, head of the US Central Command’s Air Force, visited Israel at the end of February. His host, Air Force Commander Maj. Gen. Amikam Norkin, took him up personally on an F-15 Eagle for a bird’s eye view of Israel’s borders. The three-star general was also treated to an unprecedented tour of the subterranean operations and control center of the Israeli air force. As Norkin was briefing his guest underground, things were heating up at street level. A rocket was fired from the Gaza Strip into Israel’s south, Israel and Syria traded rockets in the north, and other launches were detected elsewhere. The giant map of the air force operations headquarters lit up and Norkin assured Guillot that this was not a show put on for his benefit. This is live, it’s happening in real time, Norkin told him.

The visiting general was exposed at once to the capabilities of Israeli intelligence, its ability to deal with every rocket launch in real time, to know just where each will land and to synchronize the response of all the anti-missile interception and radar units from one single nerve center. Overflying Israel on the F-15 tactical fighter, Guillot was surprised by the country’s very small size and narrow “waistline” — central Israel, which measures fewer than 20 kilometers (12 miles) in width (not counting the West Bank). It took the plane minutes to traverse the entire State of Israel from east to west.

Guillot’s late February visit reflects the extent of cooperation between the various Israeli and American defense and intelligence agencies, which has been experiencing a golden age in recent years. Israel is the only country in the world other than the United States in which a prototype of the F-35 Stealth fighter is being upgraded with additional armaments and fuel tanks. Israel is the only country permitted to install its own domestically developed technology on the advanced aircraft, which will allow it to share the F-35’s sophisticated command and control system with older fighter planes in the Israeli fleet, such as the F-15 and F-16.

These capabilities, as well as being the only country in the world to dispatch the Stealth on real time operational missions on a daily basis, have drawn the attention of many other air forces. The extensive cooperation with the British, Italian, Greek, German, Emirati and other air forces is breaking all records. Israel’s two main defense assets — the absolute control of the skies over the Middle East and the seemingly inexhaustible information collected by its intelligence community — have turned Israel into a magnet for international cooperation, ardent courting and joint drills.

However, the picture is bleak for Israel’s diplomatic posture on the world stage. Israel is experiencing “withdrawal symptoms” from the high it enjoyed for four years of the Donald Trump presidency. Unlike the welcome presence in many countries of Israel Defense Forces (IDF) Chief Lt. Gen. Aviv Kochavi, Mossad director Yossi Cohen, Norkin and other top brass, Israel’s foreign affairs arena is under threat of international boycott from Washington and elsewhere.

The businesslike but chilly tone adopted by US Defense Secretary Lloyd Austin on his visit to Israel on April 11-12 is just the tip of the iceberg with which Israel risks colliding in the coming months. Although this has not been completely verified, Israel apparently did not convey to the Americans in full a detailed warning of the operations and attacks it allegedly planned to mount on Iranian targets over the past two weeks — with suspicious timing proximity to the renewal of talks with Iran on its nuclear program and Austin’s visit to Israel.

Is Israel branding itself, for the second time in six years, as a confrontational power raining on official international parades, as the “enfant terrible” sticking its tongue out at the entire world regarding the handling of the Iran problem? Either Israel has failed to properly heed the lessons of its 2015 clash with Washington (over the Iran nuke deal) or, what is worse, Prime Minister Benjamin Netanyahu is ignoring them because he is in dire need of a security and diplomatic emergency in order to form his next government. After the March 2020 elections, he used the coronavirus crisis to rope Blue and White party leader Benny Gantz into joining his government, in violation of his pledge to voters. A year later, he is seemingly trying to drum up an escalation vis-a-vis Iran, probably for a similar reason.

Israel has adopted a policy of deliberate ambiguity regarding its low-intensity warfare with Iran, the so-called war between the wars. A long string of attacks on vessels smuggling Iranian oil and/or weapons has been attributed to Israel over the last three years. In recent weeks, however, Israel appears to have abandoned this clandestine posture and displayed a seeming interest in being blamed for certain actions against Iran.

Three such operations have occurred in recent weeks: An airstrike on weapons depots near Damascus, the sabotage at Iran’s uranium enrichment facility in Natanz and the Red Sea attack on an Islamic Revolutionary Guard Corps vessel used to stage operations and gather intelligence. Iran, which usually ignores such attacks and focuses instead on what it perceives as its primary mission — the lifting of the international sanctions crippling its economy — seems to have had a change of heart. On April 13, an Israeli-owned merchant ship — MV Hyperion Ray — was attacked near the Gulf of Oman in the third operation of its kind in two months. Shortly after, The New York Times reported that senior Israeli officials have conveyed messages to the effect that Israel would not respond to this latest attack, which caused minor damage, and is seeking instead to restore a measure of calm in the arena.

Did someone in Jerusalem get cold feet in view of the speedy escalation of the shadow war with Iran? Has Defense Minister Gantz finally realized the kind of ride Netanyahu is taking him on and made it clear he would not let Israel be dragged into a full-scale war? We may soon know more about this dynamic. One thing is certain: Israel has been left more or less on its own to face the US alignment with its allies in striving for a diplomatic resolution of the conflict with Iran rather than escalating sanctions and clashes. Israel’s new allies in the Gulf are backing it up, in silence, but on the real front vis-a-vis the world, Israel stands glaringly alone.