A majority of Israelis have been fully vaccinated against COVID-19. 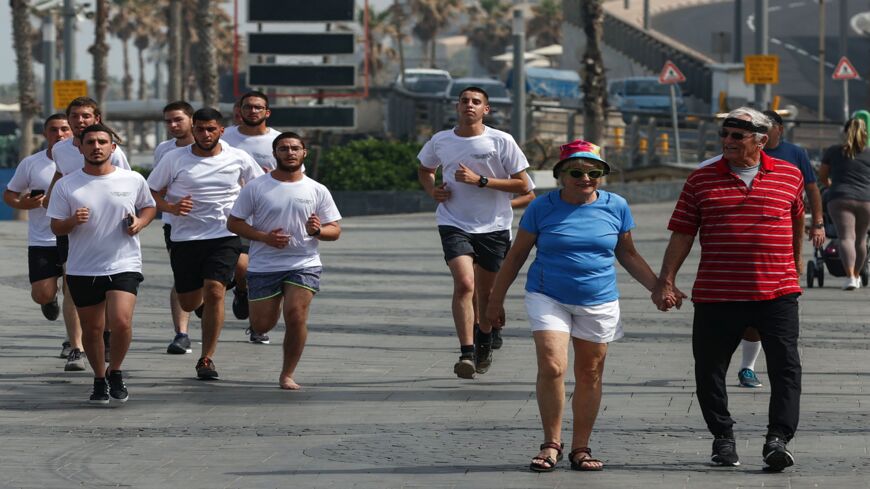 People exercise on a street in the Israeli coastal city of Tel Aviv on April 18, 2021, after authorities announced that face masks for COVID-19 prevention were no longer needed outside. - JACK GUEZ/AFP via Getty Images

Israel removed its outdoor mask mandate yesterday as most of its population has now been fully vaccinated against COVID-19.

The country’s health minister made the announcement last week, and it came into effect yesterday. Experts came to the conclusion that the masks were no longer necessary outside given Israel’s vaccine success, The Jerusalem Post reported.

The government is still requiring mask-wearing in public indoor spaces. Students in primary and secondary school also returned to full-size classes yesterday. Some students were learning in reduced classes previously, according to The Times of Israel.

Israel began vaccinating people for the coronavirus in December and quickly became the world leader in administering doses. A world-leading 57.5% of Israelis were fully vaccinated as of April 18, according to Our World in Data.

Israeli Prime Minister Benjamin Netanyahu also announced today that the country has signed an agreement with Pfizer to import millions more doses. The prime minister did not specify exactly how many they acquired nor why they were needed but mentioned “variants” of the virus in the press release from his office. Pfizer also said last week that a third booster dose of its vaccine will likely be needed to protect from the virus.

Netanyahu promised that Israel’s harsh antivirus lockdowns are over.

“There will be no more lockdowns; we have exited this,” he said, according to the release.