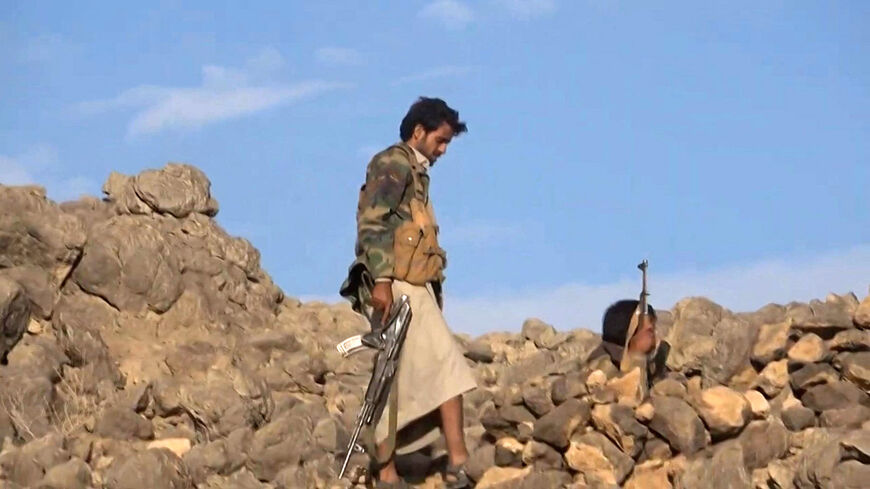 A screen grab from an AFPTV video taken on April 25, 2021, shows fighters loyal to the Saudi-backed Yemeni government along the Mashgah front line against Houthi rebel forces near the contested northeastern city of Marib. - AFPTV/AFP via Getty Images

Iranian Foreign Minister Mohammad Javad Zarif has restated Tehran’s support for a cease-fire in Yemen and talks between the country’s Houthi rebels and the government of Abed Rabbo Mansour Hadi, which is backed by Saudi Arabia.

Saudi Arabian Crown Prince Mohammed bin Salman renewed his government’s call for a cease-fire proposed last month. The Houthis have rejected the call, demanding a full lifting of the Saudi blockade on the port of Hodeida.

The Houthis have continued to launch ballistic missiles and drones into Saudi territory amid a US and United Nations diplomatic push to end Yemen’s 6-year-old civil war. The conflict has engendered the world’s worst humanitarian crisis and left some 80% of Yemen’s population in need of humanitarian assistance, the UN has said.

The war has in many ways devolved into a proxy conflict between Iran and Saudi Arabia.

Last month Saudi Arabia offered to allow four fuel shipments into the blockaded port of Hodeida. Riyadh appears reluctant to offer broader relief for fears that opening shipments into Yemen could leave the Houthis flush with additional cash and weapons.

Saudi and Iranian officials have held direct talks in recent weeks in Baghdad aimed at reducing tensions. Bin Salman on Tuesday broke with precedent and said his government seeks good relations with Tehran.

"Iran is a neighboring country, and all we aspire for is a good and special relationship with Iran," he told Al Arabiya in an interview.

Saudi Arabia leads a coalition of Arab states that intervened in Yemen’s war in 2015 on the side of the Hadi government.

Despite ground operations and a US-supported bombing campaign, however, the Houthis have solidified their control over a majority of Yemen’s population.

The rebels continue to push for the government-held enclave of Marib. The battle’s outcome may help shape the political end to the war.