A military intelligence cooperation agreement between Egypt and Uganda comes just days after the failure of the Kinshasa negotiations regarding the Grand Ethiopian Renaissance Dam crisis. 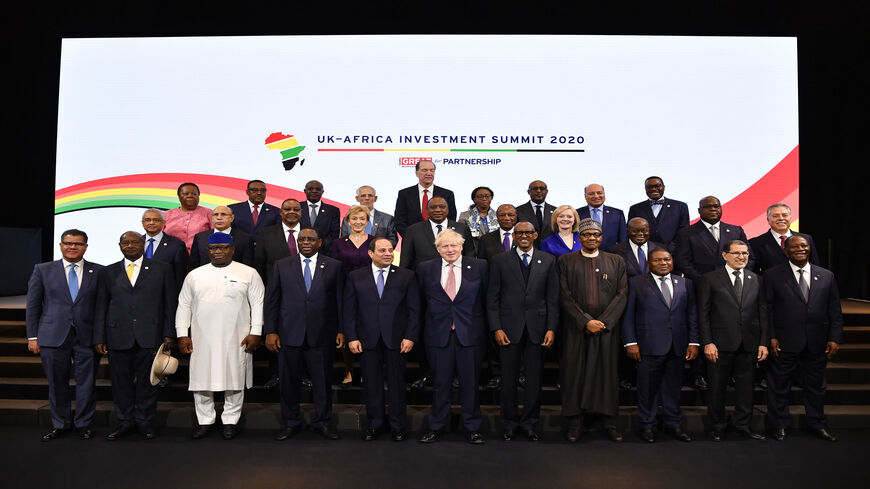 Two days after the failure of the Kinshasa negotiations April 6 in the Democratic Republic of Congo regarding the Grand Ethiopian Renaissance Dam (GERD) crisis, Cairo concluded a military intelligence cooperation agreement with Uganda, at the Ugandan intelligence headquarters in the capital, Kampala. The negotiations brought together the three GERD deadlocked countries — Egypt, Sudan and Ethiopia.

Under the agreement, Egypt and Uganda will exchange intelligence information on a regular basis. This comes amid heightened tension over the GERD.

The head of Ugandan military intelligence Maj. Gen. Abel Kandiho confirmed in an April 7 statement that the agreement is a continuation of cooperation between the Egyptian and Ugandan intelligence agencies for regular exchange of information, essential to combat terrorism and other crimes.

“Uganda and Egypt share the Nile and cooperation between them is inevitable, since what affects Ugandans will affect Egypt in one way or another,” said the No. 2 of Egyptian military intelligence, Maj. Gen. Sameh Saber El-Degwi, who headed the delegation to Uganda.

Recently, Cairo has been keen to conclude a number of military agreements with the Nile Basin countries, most notably the military agreement with Sudan on March 2. The Chief of Staff of the Egyptian Armed Forces, Lt. Gen. Mohammed Farid, asserted Cairo's readiness to meet all of Sudan's demands in all military fields, noting that the level of military cooperation with Sudan is unprecedented.

On April 10, Egypt concluded a military agreement with Burundi, another Nile Basin country, following a meeting between Farid and the chief of the defense forces of the Burundi National Defense Forces, Maj. Gen. Prime Niyongab. The two countries signed a joint military cooperation protocol that includes cooperation in the fields of training qualification and joint drills.

Relations between Egypt and Uganda had witnessed a significant development following the visit of Egyptian President Abdel Fattah al-Sisi to Uganda in December 2016. Back then, Sisi announced his country's readiness to carry out more joint projects in Uganda.

In May 2018, Ugandan President Yoweri Museveni visited Cairo and met with his Egyptian counterpart. A number of agreements and memoranda of understanding were signed between the two countries. These included a memorandum between Egypt’s Electricity and Renewable Energy Ministry and its Ugandan counterpart to establish a four-megawatt solar power plant in Uganda, in addition to a memorandum for the establishment and management of industrial zones between the Egyptian Industrial Development Authority and the Uganda Investment Authority, and another one for cooperation in agricultural fields.

The Egyptian influence in Uganda is not limited to the military aspect. It recently expanded in the economic and investment levels, as Egypt contributes to raising the efficiency of the infrastructure of Uganda through several projects undertaken by Egypt’s Arab Contractors Company .

The turnover of the Arab Contractors Company in Uganda is estimated at more than $200 million. The company has several infrastructure projects, such as the Pallisa-Kamonkoli, the Masaka-Bukakata and the Pallisa-Kumi roads, as well as the construction and rehabilitation of Kayunga Hospital, which was inaugurated by Museveni in January 2021.

Egypt has also helped Uganda develop its water resources through projects implemented by the Egyptian Ministry of Irrigation, such as the project to mitigate flood damage in Kasese district, western Uganda, in addition to the construction of seven rainwater harvesting dams, and the drilling of 75 underground wells in remote areas in Uganda.

Moreover, Egypt aims to up the volume of trade exchange with Uganda, which in 2020 stood at about $110 million. On March 16, the Egyptian African Businessmen Association concluded a joint cooperation agreement with the National Chamber of Commerce and Industry in Uganda aimed at increasing the volume of bilateral trade exchange to $1 billion within three years.

In February 2020, the Uganda Investment Authority confirmed that more than 40 Egyptian companies are working in Uganda in various industries, most of them in infrastructure, energy, mining and construction, with a capital of $130 million.

Hani Raslan, head of the Sudan and Nile Basin Countries Unit at Al-Ahram Center for Political and Strategic Studies, told Al-Monitor that the military agreement between Egypt and Uganda falls within the framework of Cairo's policy to increase pressure on Ethiopia.

He explained that military agreements are the highest level of cooperation between the two countries. “The Egyptian-Ugandan military agreement is evidence that the strength of bilateral relations has climaxed,” he added. “Egypt is trying to meet the needs of the Nile Basin countries — whether militarily, economically or in terms of water — so that no country will replicate Ethiopia's experience in building a dam that would affect its share of the Nile water.”

Raslan noted that Egypt is interested in establishing many projects to fulfill Uganda’s water needs to keep it from following the same stubborn Ethiopian policy against Cairo.

In a related context, Amani Al-Tawil, the expert on African affairs at Al-Ahram Center, said the military agreement between Egypt and Uganda cannot be separated from the GERD.

He told Al-Monitor that the agreement aims to curb Ethiopia’s influence among the Nile Basin countries in order to weaken its position with respect to the GERD.