Russia suspended flights to Egypt in 2015 after the Islamic State brought down a Russian airline over the Sinai peninsula. 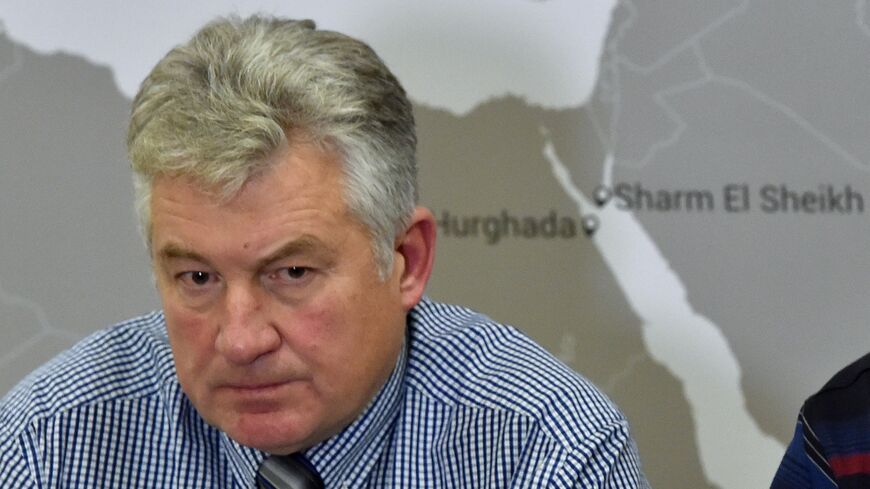 Alexander Smirnov, the deputy director general of Metrojet, attends a press conference in Moscow on Nov. 2, 2015, following the crash of a Russian passenger jet that crashed in Egypt three days earlier. The crash, caused by an Islamic State bomb, led to the suspension of Russian charter flights for five and a half years. - KIRILL KUDRYAVTSEV/AFP via Getty Images

Egyptian President Abdel Fattah al-Sisi spoke with Russian President Vladimir Putin and the two agreed to “the full resumption of flights between the two countries,” the official Russian news agency Tass reported. This will include flights from Russia to the Red Sea resort cities of Sharm el-Sheikh and Hurghada, Tass said.

Russia suspended flights to and from Egypt after Russian airline Metrojet Flight 9268 was destroyed by a bomb in October 2015. All 224 occupants on the flight perished. Most were Russian tourists and the plane took off from Sharm el-Sheikh for the Russian city of St. Petersburg. The Islamic State, which is active in the Sinai peninsula, claimed credit for the attack. After initial denials, the Egyptian government ultimately admitted that terrorists brought down the plane.

Flights from the Russian capital, Moscow, to the Egyptian capital, Cairo, resumed in 2018, but charter flights from Russia to Sharm el-Sheikh and Hurghada remained suspended, according to the Egypt Independent news outlet. The Red Sea resorts are popular with sun-seeking Russian tourists.

The exact date the charter flights will resume i½½s yet to be determined, but is expected in one to two weeks, Tass said. This could help boost the Egyptian tourism sector in the spring.

Egypt, though a close ally of the United States, also enjoys warming ties with Russia, and the flight resumptions are only the latest example of this. In February, Russia provided Egypt with five of its Sukhoi Su-35 advanced fighter aircraft. Both countries also backed the Libyan National Army during the Libyan civil war.