Prime Minister Benjamin Netanyahu intended for the Abraham Accords to serve him politically, but Israeli left may have also gotten a boost. 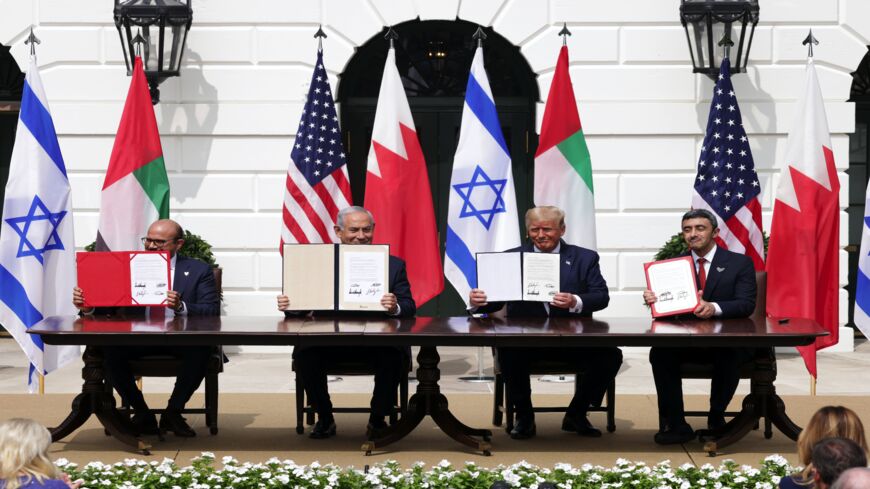 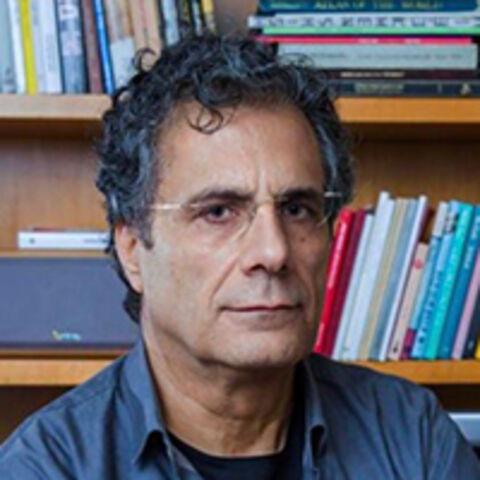 Prime Minister Benjamin Netanyahu steps up his coalition talks, threatening possible partners not to engage in a center-left government. Still, while Netanyahu got the first shot at trying to assemble a majority coalition, eulogizing the death of the Israeli left is premature. It may have lost much of its vitality displayed through political parties and social movements, but as far as its ideas and visions are concerned, it is still alive and kicking. In fact, even the Abraham Accords may actually further consolidate the hold of these ideas and visions within Israeli society.

If views of the Israeli public vis-a-vis the conflict with the Palestinians are the common and most important benchmarks to decide right and left in Israel, then the following facts cast some doubts over this achievement. As a reminder, in the remote past, the two-state solution was an anathema for the overwhelming majority of Israeli Jews. But in the recent past, this solution has been gaining wide support within Israeli society, including within right-wing constituencies. A March 11 poll has shown that 57% of the voters of right-wing Yisrael Beitenu endorse the two-state solution. The same is true for 44.3% of right-wing New Hope party headed by Likud veteran Gideon Saar. Even 31% of Likud party voters are for it.

More so, I believe that these poll results don’t tell the whole truth. They tell the story of the two-state solution viewed by Israelis, but they do not expose out loud the extent of the dwindling support for extremist positions within right-wing parties vis-a-vis the Israeli-Palestinian conflict. From talks I had with numerous voters, from public opinion studies and analysis by experts, it seems that many of those who had cast their votes to these right-wing parties over the years were not necessarily motivated by Messianic zeal aiming at the annexation of the West Bank to the state of Israel. To a large extent, their voting patterns, I dare say, should be perceived as an expression of a power struggle between old and new ethnics, political and cultural elites. It is far less a deep-rooted electoral commitment to expansionist Zionist ideology.

This is especially the case when we consider the sentiments shared by many supporters of the Likud and Shas parties, with the latter highly represented by Jews of Middle Eastern backgrounds.

Back to the 2021 Abraham Accords between Israel and the United Arab Emirates and Bahrain. These may shed some light on this beguiling reality. These accords — celebrated by most Israelis — could prove valuable in curbing Iran’s regional influence, in serving Israel’s economic interests and in meeting Israel’s desire to gain legitimacy in the Middle East. But as it was repeatedly stated by Prime Minister Benjamin Netanyahu, the Abraham Accords supposedly proves that Israel can reach peace treaties with Arab countries without having to relinquish control of lands either in the West Bank or in the Golan Heights. As Netanyahu’s slogan goes, the Abraham Accords were drafted within the purview of “peace for peace.”

Still, the truth came out shortly after the signing of these accords. Publications revealed that Netanyahu had agreed to freeze his West Bank annexation. He complied with the request of Gulf states who presented it as sine qua non in return for their willingness to sign the accords.

And here is an intriguin­g anecdote displaying opposite reactions to this concession by different right-wing constituencies. While Netanyahu was fiercely slammed by leaders of extreme right-wing parties and leaders of the settlement movement, he was congratulated for his diplomatic feat by his supporters inhabiting development towns, mainly Middle Eastern Jews. Thus, for example, a car convoy led by Nili Aharon, a prominent Likud activist from the southern city of Yeruham, made its way from her city (a Likud stronghold) to Jerusalem to express support for Netanyahu and the accords. Activists of the convoy were hardly concerned over the prime minister meeting the request of the Gulf states to freeze his West Bank annexation plan.

Moreover, if one of Israel’s goals by signing these accords is to gain legitimacy in the eyes of Arab states and societies, this very legitimacy, should it be achieved, may assuage fears and anxieties shared by many Israelis that all Arabs are driven by incalcitrant and irrevocable hostility toward the state of Israel and wish to obliterate it. The readiness of Arab states to accept the state of Israel as a fait accompli, as an integral part of the Middle East, and viewing it as a legitimate and essential partner in forging alliances, must have significant repercussions on the Israeli psyche.

The enchantment of many Israelis by the spectacles of Abu Dhabi and being delighted to encounter Arabs who are anxious to embark on joint economic, scientific and cultural endeavors, are resounding indications to this effect. These new experiences may render them more willing to endorse political arrangements meeting Palestinian national aspirations.

Halcion days are not yet on the horizon. But one cannot overlook the possible and propitious ramifications that the Abraham Accords might have on the future of the Israeli-Palestinian conflict. Following Max Weber’s insight about the scope and limits of human wish to fully control social reality, we may describe these developments as unintended yet favorable consequences of human design and action.