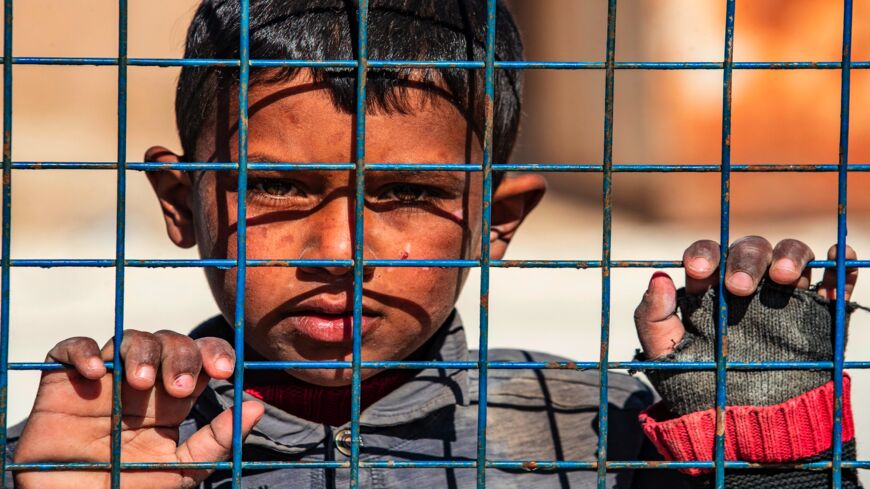 A boy awaits departure during the release of another group of Syrian families from the Kurdish-run al-Hol camp, which holds suspected relatives of Islamic State (IS) group fighters, in Hasakah governorate of northeastern Syria, on Feb. 20, 2021. - DELIL SOULEIMAN/AFP via Getty Images

The head of US forces in the Middle East warned that displacement camps run by US-backed Kurdish forces in Syria will breed a new generation of Islamic State (IS) fighters if foreign governments don’t repatriate their stranded nationals.

“These children in particular are being radicalized, and unless we find a way to repatriate them, reintegrate them and de-radicalize them, we're giving ourselves the gift of fighters five to seven years down the road, and that is a profound problem,” Gen. Kenneth “Frank” McKenzie, commander of US Central Command, told the American Enterprise Institute during a virtual event on Tuesday.

McKenzie cited al-Hol camp, a sprawling site in northeast Syria’s Hasakah province that is run by Kurdish-led Syrian Democratic Forces (SDF) who ousted IS from its last Syrian stronghold in Baghouz in March 2019. More than 30,000 foreign relatives of suspected IS fighters live at al-Hol, a majority of them children.

“They are vulnerable to illness, cholera or coronavirus,” McKenzie said, describing the dire conditions as a “tactical problem.”

Human rights organizations have described al-Hol camp and the neighboring Roj camp as squalid and disease-ridden. Citing the deteriorating security and humanitarian situation in the camps, a group of United Nations human rights experts in February called on the 57 countries, including the United States, United Kingdom and Germany, to repatriate their nationals.

Many governments have been reluctant to prosecute or rehabilitate the tens of thousands of foreigners linked to the terror group, despite the SDF warning that it doesn’t have the resources to handle them.

Coronavirus has reemerged in both displacement camps in recent weeks, with Save the Children warning it’s only a matter of time before the region’s hospitals are overwhelmed with cases.