No group has claimed responsibility for the attack, which police say also destroyed five cars and wounded 17 people. 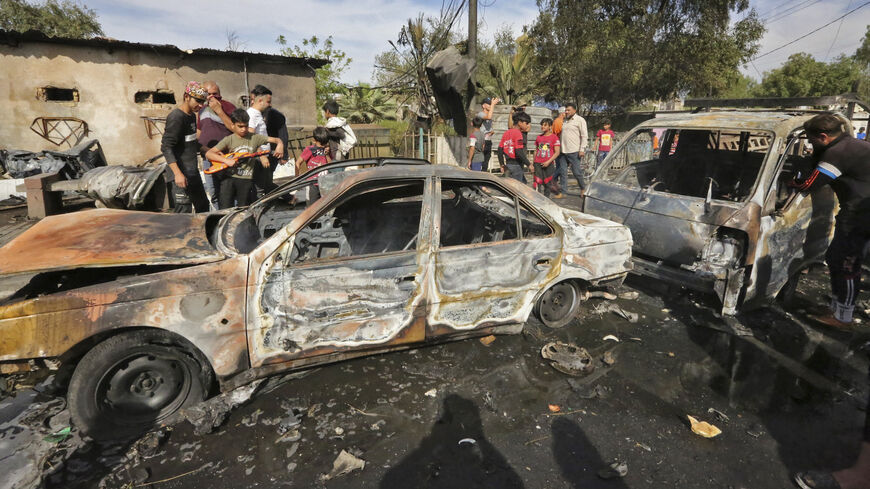 People gather around destroyed vehicles at the scene of an explosion in the Habibiya district of the Sadr City suburb of Iraq's capital Baghdad on April 15, 2021. - SABAH ARAR/AFP via Getty Images

At least four people are dead and another 17 injured from a car bomb in Baghdad’s Sadr City on Thursday, Iraqi police said.

Citing police sources, Reuters reports the car was parked at a bustling used equipment market in a mostly Shiite neighborhood. The blast destroyed five cars and witnesses described ambulances rushing to the scene.

No group immediately claimed responsibility for the explosion.

The security situation in Baghdad has improved since US-backed Iraqi forces declared victory over the Islamic State in December 2017. Remnants of the group remain in Sunni-dominated northern and western Iraq and continue to wage a low-level insurgency targeting security forces.

Baghdad witnessed its deadliest attack in three years when twin suicide bombings tore through a crowded shopping area near Tayaran Square in January, killing more than 30 people. IS claimed responsibility for the rare attack.

Thursday’s blast in the Iraqi capital came a day after an explosive-laden drone targeted US-led coalition forces based at Erbil’s airport in northern Iraq. There were no casualties and a small fire was extinguished.

Separately on Wednesday, a rocket targeting a base housing Turkish troops in northern Iraq’s Nineveh region killed a Turkish soldier and injured a child. Iraqi Prime Minister Mustafa al-Kadhimi has opened an investigation into Wednesday’s attacks.