The attack occurred in a crowded marketplace as residents were shopping for the holiday of Eid al-Adha. 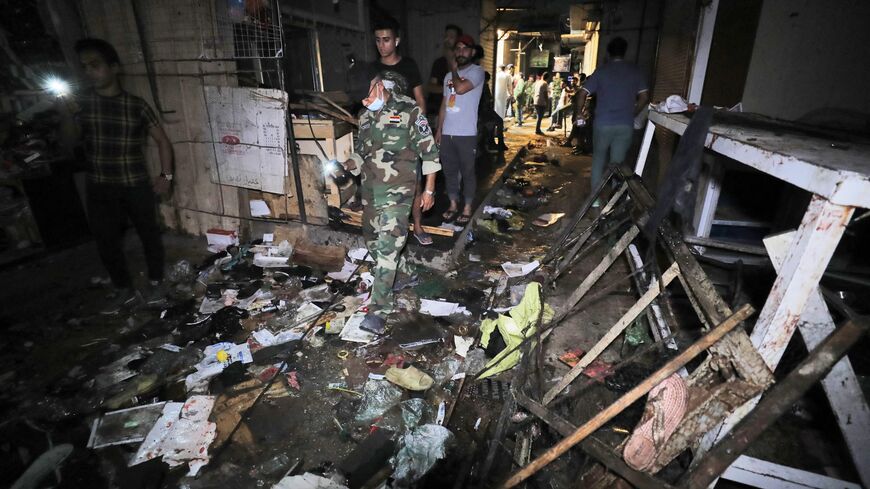 Iraqis inspect the site of an explosion that killed at least 28 in a busy market in the mostly Shiite neighborhood of Sadr City, east of Baghdad, on July 19, 2021. - AHMAD AL-RUBAYE/AFP via Getty Images

A bomb killed at least 28 people in Baghdad on Monday, hospital and police sources told Reuters, in what marked the latest explosion to target the Iraqi neighborhood of Sadr City this year.

The attack occurred in a busy market in the mostly Shiite neighborhood as residents were shopping for the upcoming Muslim holiday of Eid al-Adha, Iraq’s Interior Ministry said in a statement.

The blast left at least 28 people dead and injured 50 others. Citing a police source, Reuters reported that the victims included women and children.

“A terror attack using a locally made IED [improvised explosive device] in Woheilat Market in Sadr City, in east Baghdad, left several victims dead and others injured,” the ministry said.

No group has claimed responsibility, but Israeli Prime Minister Mustafa al-Kadhimi has placed the federal police commander responsible for the area under arrest while an investigation is underway, the premier's spokesperson Yehia Rasool said in a tweet.

Before US-backed Iraqi forces declared victory over the Islamic State (IS) in December 2017, bombings in the Iraqi capital were a near-daily occurrence. But IS cells continue to wage a low-level insurgency in the country and have been blamed for several recent bombings.

The attack Monday comes on the heels of an explosion in Sadr City’s crowded Maridi market June 30 that injured at least 15 people. In April, IS claimed a car bombing that killed four people and wounded 20 others in the same area.

In what was Baghdad’s deadliest attack in three years, IS also took credit for twin suicide bombings that tore through a crowded shopping area in January, killing more than 30 and injuring over 110 people.

The latest bombing in the Iraqi capital comes a week after a fire killed more than 90 people at a hospital's coronavirus ward in the southeastern Iraqi city of Nasiriyah. Officials believe the fire was caused by the explosion of oxygen tanks. A similar fire at a Baghdad hospital in April killed at least 82 people.