Hayat Tahrir al-Sham, which controls Syria’s northwestern province of Idlib, is close to ending the presence of al-Qaeda affiliate Hurras al-Din, after arresting one of its top active commanders and closing its military facilities in the area. 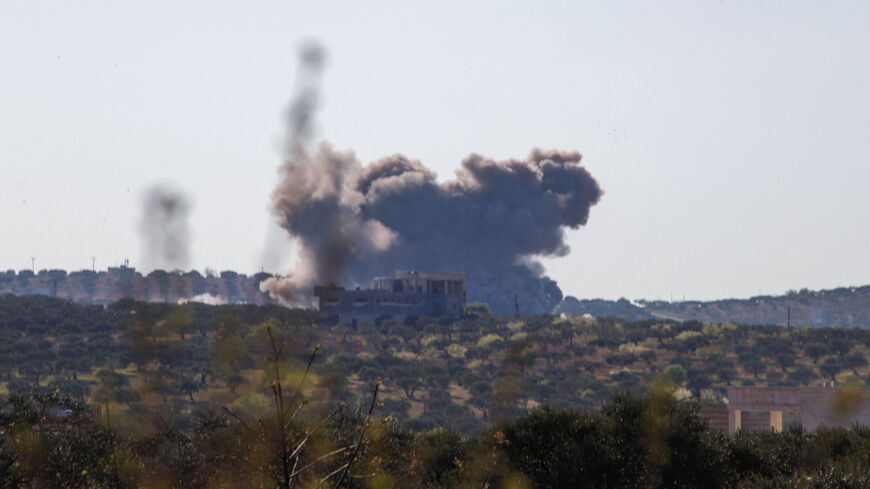 ALEPPO, Syria — Al-Qaeda-affiliated Hurras al-Din (Guardians of Religion Organization) in Syria's northwestern province of Idlib has been unprecedently weakened, with its first and second jihadist leadership ranks scattered, amid the ongoing crackdown Hayat Tahrir al-Sham (HTS), which controls Idlib, is leading against jihadists close to the organization.

The latest incidents raise questions about the continuity of Hurras al-Din and whether the organization is nearing its end, or whether it will rebuild its ranks and regain power once the security conditions are favorable.

In the second half of March, HTS has resumed its crackdown against Hurras al-Din — which had winded down in January. HTS’ security apparatus launched raids in several parts of the Idlib countryside and arrested a number of the organization’s leaders and members, as well as other jihadist figures close to them since the onset of April.

On April 4, HTS detained a number of jihadist members of Hurras al-Din and other jihadists close to or indirectly affiliated with the organization, namely Abu al-Laith Maabar, Abu Usama al-Jazairi and Abu Darda’ al-Jazairi in Idlib city, in addition to Moaz al-Turki who was arrested in Hamama village, Abdel Rahim al-Turki in Qunaya village and Abdel Rahman al-Turki in Yaaqoubiya village. The three villages are located in Jisr al-Shughour in the western Idlib countryside. Abu Dhar al-Masri, a top Hurras al-Din commander, is the most senior jihadist leader that HTS arrested April 6.

In this context, a security source within HTS told Al-Monitor on condition of anonymity, “On April 6, HTS’ security apparatus arrested Abu Dhar al-Masri, a prominent first rank commander and former judge of Hurras al-Din, in the outskirts of Maarat Misrin in the northern Idlib countryside.”

Hurras al-Din had circulated the news that Abu Dhar al-Masri, who was also accompanied by another commander of the organization, namely Abu Yusuf al-Maghribi, was killed in a US-led coalition airstrike that struck his car on the Arab Said town road in the western outskirts of Idlib city on Oct. 15, 2020. But it is still unknown whether or not Abu Yusuf al-Maghribi survived.

It seems Abu Dhar al-Masri was arrested after HTS obtained information about his whereabouts and movements in Idlib countryside. Abu Hurairah, his son, is most probably the one who provided this information. HTS had arrested Abu Hurairah in a raid its security apparatus conducted Feb. 15 in Maarat Misrin.

Al-Farouk Abu Bakr, a military commander of the Mutasim Brigade affiliated with the Free Syrian Army (FSA), told Al-Monitor, “HTS is seemingly strongly basing its pursuits and arrests targeting jihadists affiliated with or close to Hurras al-Din on the information obtained from detainees during interrogations. That is added to the information collected via its intensive security monitoring and follow-up across Idlib, as its security apparatus’ checkpoints are found on primary and nonprimary roads in various parts of Idlib.”

Commenting on the weakened and scattered leadership of Hurras al-Din, he said, “Hurras al-Din is an organization that is hard to eliminate in that way. It is therefore too early to assume that it is nearing its end. The weakness and scattering it has been going through is an ipso facto result of the security crackdown HTS has conducted against them. Hurras al-Din will resume activity once the opportunity arises and HTS loses its grip on Idlib. Its leaders and members are concealing and hiding away from any confrontation to avoid being arrested.”

Col. Ahmed Hamadeh, a military expert and defected Syrian army officer, told Al-Monitor, “Hurras al-Din has become almost totally paralyzed after losing many of the elements that make it viable. HTS arrested its most prominent leaders and seized the larger part of its weapons. It [HTS] kept an eagle eye on its [Hurras al-Din’s] surroundings and prevented it from obtaining any funds, to the point that it can no longer engage in any confrontation. Yet we cannot assure that their elimination is near, unless HTS carries on with its crackdown for a longer time.”

Fares an-Nour, a military trainer for the FSA-affiliated National Liberation Front in Idlib, told Al-Monitor, “Hurras al-Din is close tot the end. They no longer have a real presence in Idlib. HTS has eliminated its organizational structure and confiscated most of its weapons. The remaining members sold their weapons on the black market out of fear of being seized by HTS and to make ends meet. Also, a large number of these members are taking trade jobs and living their lives away from the organization they defected from for fear of being arrested.”

He added, “HTS closed all of its military headquarters in Idlib and prevented them from reaching the battle fronts. Thus, the organization’s members could not carry out any military action. It also prevented them from opening guesthouses. Those leaders that are still out of HTS’ prisons are in disguise and pursued as if they are affiliated with the Islamic State.”

Abbas Sharifeh, a researcher at the Turkey-based Jusoor Center for Studies and Development, told Al-Monitor, “We can say that Hurras al-Din is over as an organization. Yet that does not mean it has completely ended. Its members are still present and its cells are active, albeit secretly. The proof is that HTS continues to track its leaders down and arrest them as part of its crackdown."